Movie Review: All the Bright Places 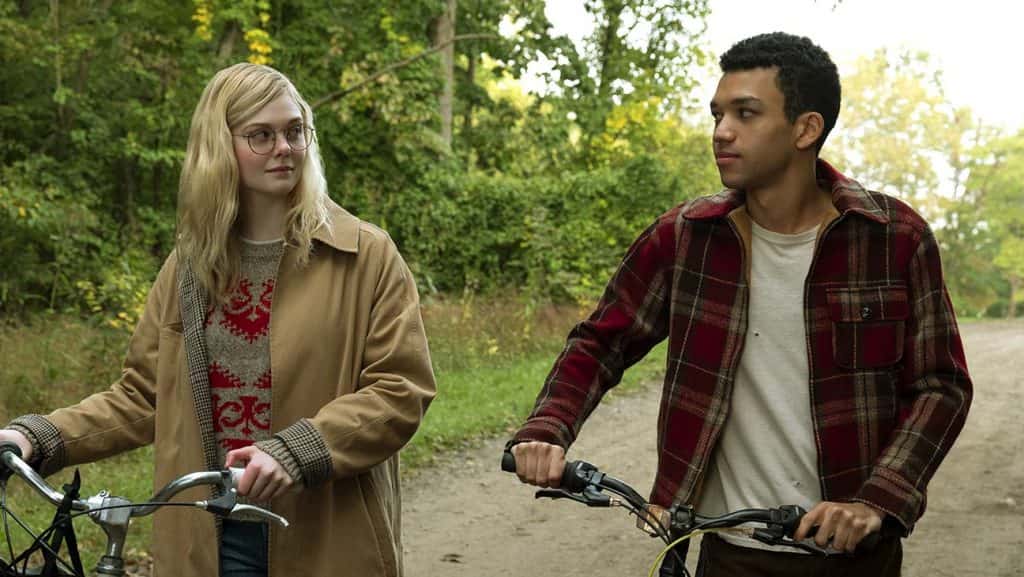 Oh good, another Netflix original, coming of age film set-in middle-class America. I was worried sick! Had we ever run out of these films then I would simply be lost without them. Where else would I go to pretend to care about the problems that face suburban families in midtown Illionis? We should thank our lucky stars that Netflix are on hand to provide us the latest coming-of-age salsa routine, All the Bright Places, directed by Brett Haley. That was sarcasm, for readers that didn’t quite pick up on that.

There are ruminations of self-awareness throughout All the Bright Places. By far the strongest piece of the film comes from the competent direction of director Haley. His work on Hearts Beat Loud did instil a level of confidence that could otherwise be possessed by few directors. Competency is half the battle, and thankfully Haley and his work with the camera settles that dispute rather quickly. He hasn’t found the right film yet though, and All the Bright Places is yet another film to litter his filmography, one that fails to hit the right notes and misses its mark ever so slightly. That aforementioned self-awareness comes in the form of the odd line poking out of the script where the characters profess that “it’s not like the movies” and so on and so forth, which in of itself has become somewhat of a damp line, a cliché in of itself to masquerade the fact that you are, indeed, watching a film.

With two leading performances that verge on the notion of being somewhat good and a can-can of notable faces appearing for one or two scenes, All the Bright Places has a few dimming stars in there in the form of Luke Wilson and Keegan-Michael Key. Both are respectively looming in the shadows of not only the film but also the careers of those they used to work with. I like Wilson, he’s quite good in a handful of supporting roles and over the past few years has carved a carefully comfortable niche of brief and fleeting appearances that remind us he hasn’t yet died or retired or both.

As for our leading performers, Elle Fanning and Justice Smith provide two performances that cement their positively outstanding work ethic and collides it into a great deal of chemistry and competence. It’s a shame the book All the Bright Places is based off of is as easy to swallow as cold sick, but Fanning and Smith have some great moments together that provide an engaging enough story. The script uses this relationship as a clutch for more or less the whole movie, and it certainly shows as the film wanes on.

I feel personally offended by All the Bright Places, especially after the scene where they imply that processed, sliced cheese, is not a meal. Joking aside, All the Bright Places is harmless. A rundown of the typical coming-of-age American story but presented to us in such a way that I didn’t want to switch it off immediately. It does test your patience from time to time, with some cringe inducing moments that look to be as sappy as ever, but if you can stick through the jargon then you might just enjoy yourself. I didn’t though.