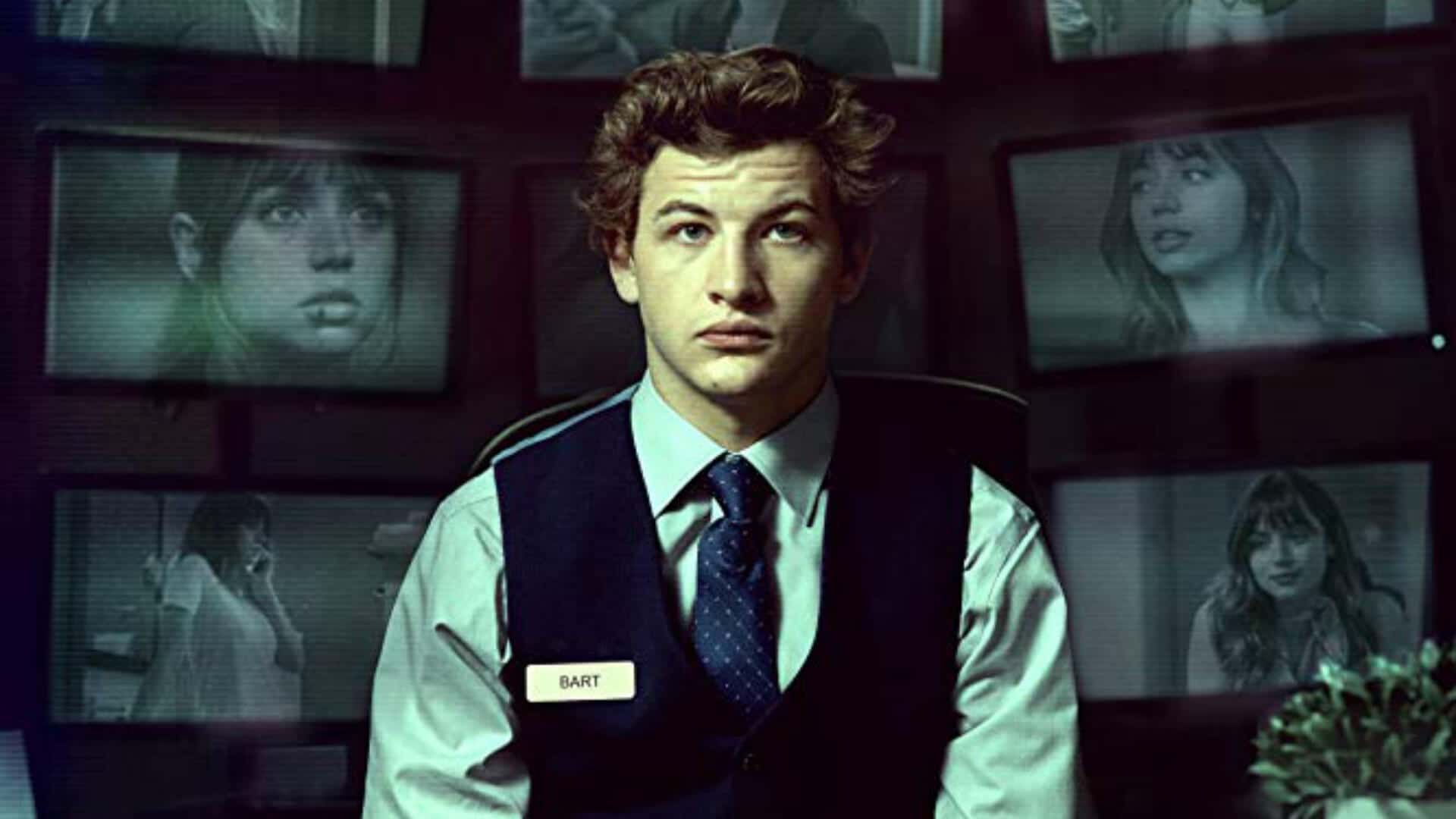 With the cinemas still shuttered up for the foreseeable future, release schedules for promising or interesting movies has been skewered entirely. The show must go on though, no matter how bad the remaining films are. The Night Clerk is a film that, had the cinemas remained open and the world less apocalyptic, would be something I would skip entirely. But here we are. To keep myself even slightly up to speed with modern moviemaking, I’ve got to traipse through the horrors of smaller releases, like a clown running through a minefield. The Night Clerk, then, is a run of the mill mystery flick with some embarrassing or just plain boring moments.

Sheridan’s performance boils down to a character that just can’t read social cues. The film builds it up to be much more than that, a man with autism becoming the prime suspect in a murder investigation. The blandness and lack of depth to any character throughout makes it tremendously difficult to connect with any of the performances. A predictable plot doesn’t help either, and it’s far too obvious as to where the story is going from the moment it begins. There’s not a single moment within the movie that feels smart, entertaining or thrilling. Michael Cristofer’s direction is so tremendously heavy-handed, making moments that should be interesting and engaging feel commonplace and dull.

Bringing in heavy-hitting names like Helen Hunt and John Leguizamo adds even more shock to the fact that The Night Clerk is absolute garbage. It has talent on display, but they show no signs of rebelling against the stereotypes they’re slotted into. Leguizamo plays a generic detective in charge of the case, Hunt provides brief flutters of support in her role as Bart’s mother Ethel Bromley. It certainly feels like Hunt is phoning in the performance, but that could be an issue of the generic dialogue littered throughout every scene.

The Night Clerk makes for an awkward and uncomfortable viewing. Not just because Tye Sheridan is there, but also because the character he plays is so devoid of realism, the shoehorning in of this character being on the spectrum does nothing for the story or the performance. It feels there for the sake of it, used as a prop for poor performances and even poorer writing. You can’t expect all that much from a thriller that never so much as saw the light of a cinema screen, but The Night Clerk is ineffective, bland and at times puzzling in its directing choices and cinematography. Frustration paves the way for much of the running time, the key to unravelling the mystery is in plain sight for the entire runtime, but it takes the characters quite some time to get in on the mystery.