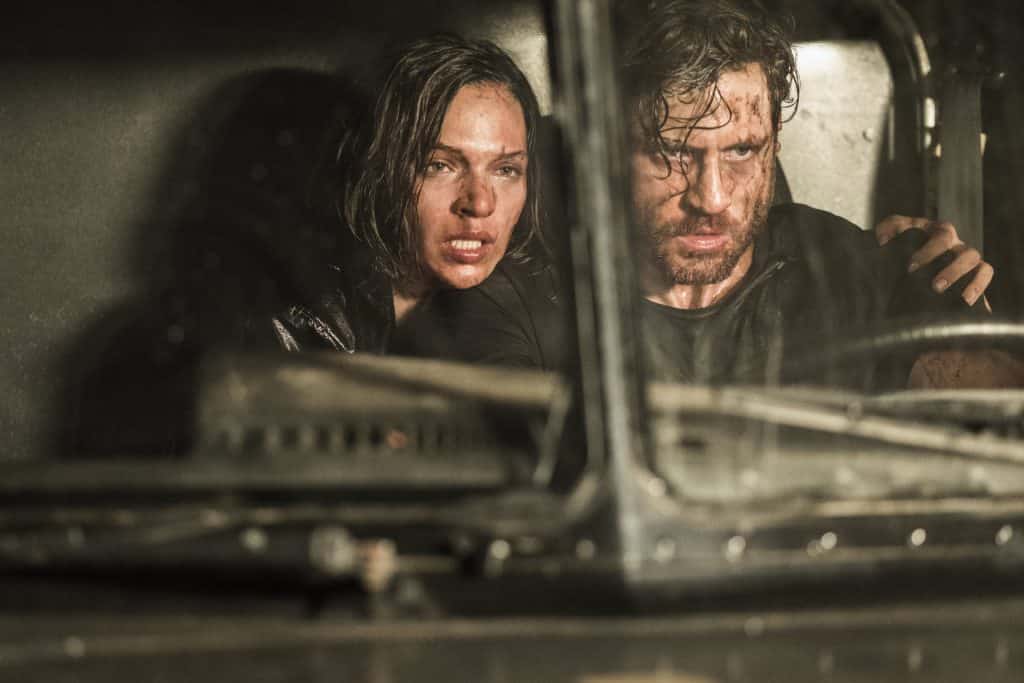 So far, The Last Days of American Crime is the only film that I’ve written out an entire review for, only to scrap it completely thanks to a complete change in tone. Six hundred words of absolute waffle conveying in a very minimal sense how bad Olivier Megaton’s latest Netflix fiasco turned out just isn’t an articulate way of expressing such hate. Frankly, I’m still in a state of awe at this film’s creation, let alone its release. Whilst Netflix have been scraping the bottom of the barrel for quite some time, this truly is a new low for the streaming corporation. Producing original content isn’t quite what they’re best at, yet they push through weekly in churning out whatever they can get their hands on.

There is not a single durable moment within The Last Days of American Crime. A millisecond of quality is nowhere to be found throughout this void of miserable convention and ineffective storytelling. Following an America that looks to plant brain altering chips in the minds of all its citizens to crack down on crime, the movie follows a ragtag bunch who look to pull off one final heist on American soil. Looking for trillions of dollars, fame, and one last jab at the soon-to-be police state, we follow double-crossing heisters attempting to pull off the impossible.

I can appreciate how big a film director Olivier Megaton looked to make; his vision is one that is ill-suited to the Netflix format. Big budgets, bigger action scenes and huge scenes dedicated to absolutely nothing of interest. The Last Days of American Crime blows me away in how much of its running time is dedicated to nothing at all. Flat direction leads the way in this issue, not a single scene that can exude the energy necessary for a heist movie. We follow three predictable dullards as they mull around an expressionless stage of misery. One looks for fame, one looks for glory, one is a woman. That’s the trilogy we can come to expect from miserably outdated, poorly formulated movies of this calibre.

The bar is set incredibly low for films like The Last Days of American Crime, and I suppose it’s my fault that I go into these films expecting anything more than an unbearable time. Anna Brewster, Edgar Ramirez, and Michael Pitt make for a contemptible trio of performers. They don’t have the acting abilities necessary to warrant appearing on screen, but have somehow weaselled their way into leading roles. Puzzling, since between the three of them they probably have about a sixteenth of the talent required to appear in an advert for car insurance, let alone a big-budget Netflix original.

By far the worst part of all is the script. The writing is unforgivable, horribly written with no substance or meaningful dialogue. Each line is either a quip or an obvious observation thrown in to allow even the idlest of viewers to keep up. It’s embarrassing to see so many actors grimace their way through predictable scenes of disbelief at how much money they’ll pool in on the heist of a lifetime.

Most awful films I view are, at least, engaging enough to keep me enthralled to the very end. No matter how bad it is, there’s at least one little beacon of hope in amongst the dreck. But The Last Days of American Crime has no such moment, no little scene or slight appearance by anyone that makes it in any way watchable. Offensively boring, with repetitive notions throughout that don’t give us a bigger picture to a story that could’ve been good fun if it were handled with more care. Still, what more can you expect from the director of Taken 3? Genuinely useless, and a strong contender for worst film of the year.