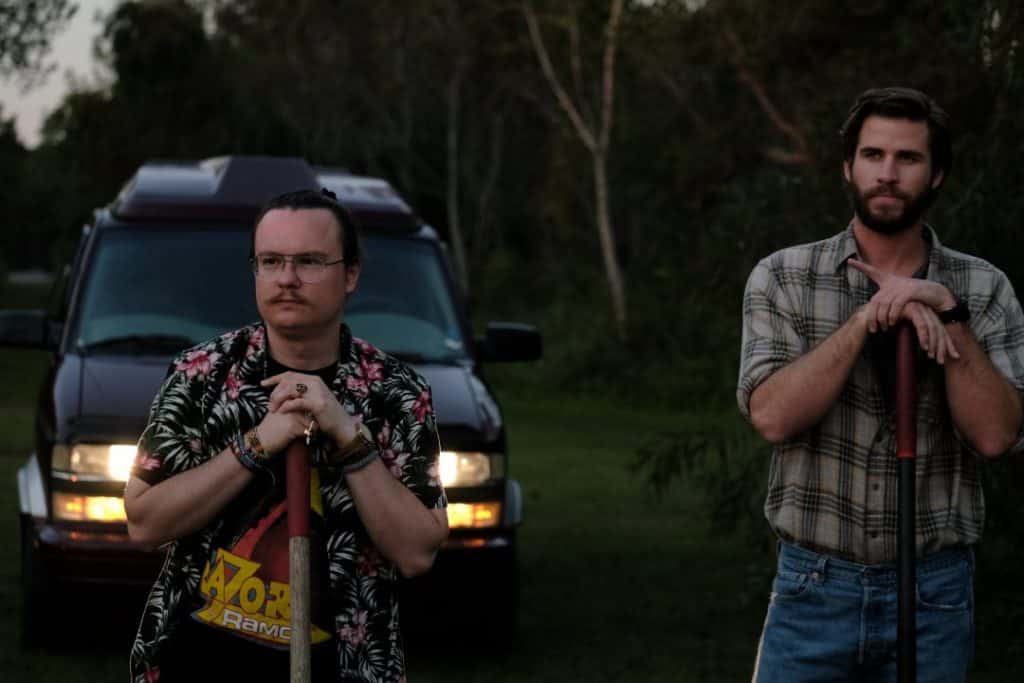 ANOTHER in the line of actors making the leap to directing opportunities, Clark Duke of The Office and Kick-Ass fame brings us Arkansas, a film that immediately sets itself up as an aimless thriller. I shouldn’t be so harsh on a film like this, considering it does have a moderately interesting cast and also manages to not be a film about superheroes. Stepping forth into the grim world found within drug traders in the south, Arkansas looks to profile a handful of delightfully intolerable individuals as they make the rounds in a predictable tale of underdogs coming face to face with a brutal mobster that rose to the top in a similar style.

There’s no hiding the predictability of the piece, and much of the film toils with making peace in the most asinine of ways. Not caring so much for how the story unfolds or how each of these performers can really adapt to such a lifeless script, there’s little in the way of actual originality. Luke Hemsworth, wielding an accent that sounds like a mixture between Darrell from Storage Wars and Colin Firth’s flimsy attempt at a Texan accent in Main Street is a laughable introduction to our lead. Either way, the third and final Hemsworth brother has cracked into acting the traditional way, by making a mockery of a script that doesn’t have the potential to be anywhere close to interesting.

Duke’s direction is completely standard. Nothing interesting and some awkward zooms from time to time. Putting on his best Post Malone cosplay, Duke backs up the straight-faced Kyle with a supporting role as Swin. The chemistry between the two is useless. Duke’s acting, in particular, is a miserable stretch, one that sees him planted right into scenarios that he’d be far, far away from if he weren’t the director. He finds himself in the throes of a romantic subplot, and at that point his direction takes a nosedive. Flat direction that has absolutely nothing of interest to it, no new message or even something that can expand upon the ridiculous set pieces found within.

It’s still a shame to see John Malkovich phoning in performance after performance, his supporting role in Arkansas shows him shuffling around the screen, slurring the script into a lowly cringe. His early moments within the film show just how far he’s fallen. Sluggish, boring and not taking the role seriously, although you can’t blame him for that since everything around him is just as bad.

A glum film that has nothing at all of interest. Unfocused direction both in narrative constraint and literal focus, a blurry film that’s oversaturated with neon lights and grim surroundings, Arkansas is a waste of time. Horribly bland for a film documenting a crime lord called Frog rising to power. Nobody with even a semblance of talent can save this film from being a redundant exploration into modern American drug peddling, with little interest to be found within its predictable farce.