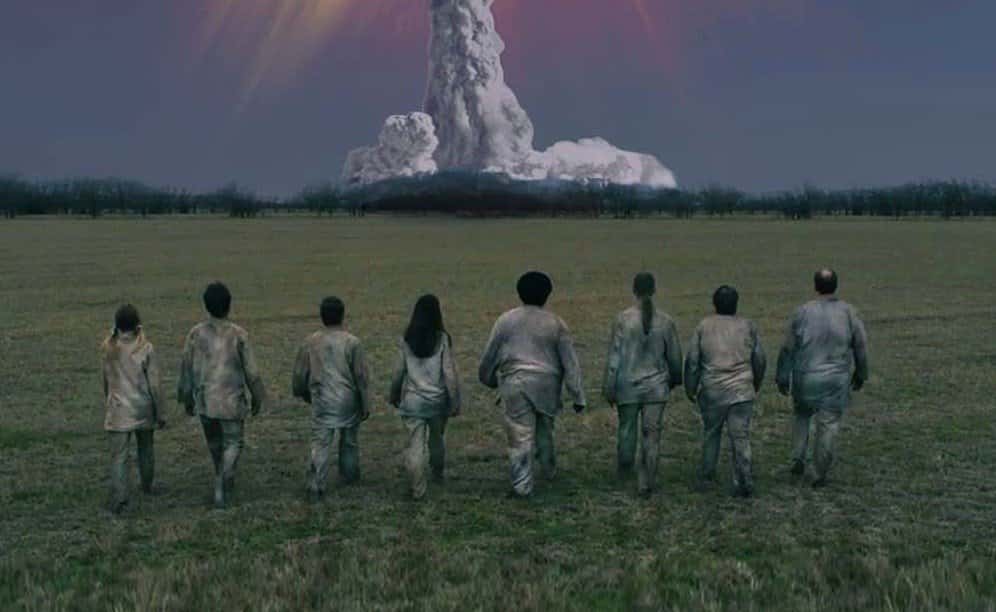 Why do we suffer? What is the point? These are just some of the jolly questions posed by director Steve Collins in his debut feature, I’ve Got Issues. A thought experiment mused upon for the length of a feature film, with a narrative that takes so many strange dips and dives. It’s clear to see what Collins is aiming for, but it’s up to how accepting an audience he receives for this very artsy, deadpan piece. I can imagine that’ll sit well with others, those who are more engaged with surface-level descriptors of problems we as a society face, but there’s no depth, that’s one of many issues I’ve Got Issues faces.

As much a criticism of office work and the bleak mundanity of this sort of living as it is a mockery for those that go out there and live their life to the full. Finding the balance is crucial, Collins’ work showcases that rather vividly. A series of strange vignettes make up the running time of I’ve Got Issues, its dialogue confusing and bland, we rely on performances that are wildly outlandish and far more intriguing than the writing featured throughout. Collins’ writing wants to cut through swathes of intellectual discussion, he shuns it, as if his audience would care for the commentary on performing arts, job interviews, and meditation. Pulling funny faces, wearing strange costumes, and beige colour palettes aren’t the most cutting or interesting moments of satire. The critical nature is undermined by forced eccentricity, if anything, Collins is his own worst enemy, his inability to condemn or criticise his novel subjects properly is the biggest let-down of all.

Criticisms that feel rather obvious, or touch on topics that, almost unanimously, people are for or against, I’ve Got Issues plays it safe for a great deal of its running time. The more out-there humour comes from seeing taboo subjects conform to mundane tasks. A Klansman who’s taking out the recycling, a nuclear bomb going off when a man is asked to move in with his partner. It all looks good on paper, but the execution is botched. A man adorned in pizza, literally sticking to his couch and engulfed by takeaway boxes, it’s a little on the nose to use this as a couch potato metaphor. Reigning it in from time to time is what’s needed to fix this, to slow down a bit, and give these sketches some more time to breathe.

Balancing absurdist caricatures with the asinine, bleak nature of life, I’ve Got Issues certainly has a few problems within, but it limps on anyway, much like the subjects found within. We shuffle through life, often not stopping to pause and appreciate the finer things. The little details, the hobbies we’ve picked up along the way. Our lives have lost their meanings, pen-pushing and deadlines aren’t the be-all and end-all of life, I’ve Got Issues flags that up rather immediately, but it offers no solution to those stuck in the rat race. Perhaps there isn’t one. You’re here forever, and so am I.