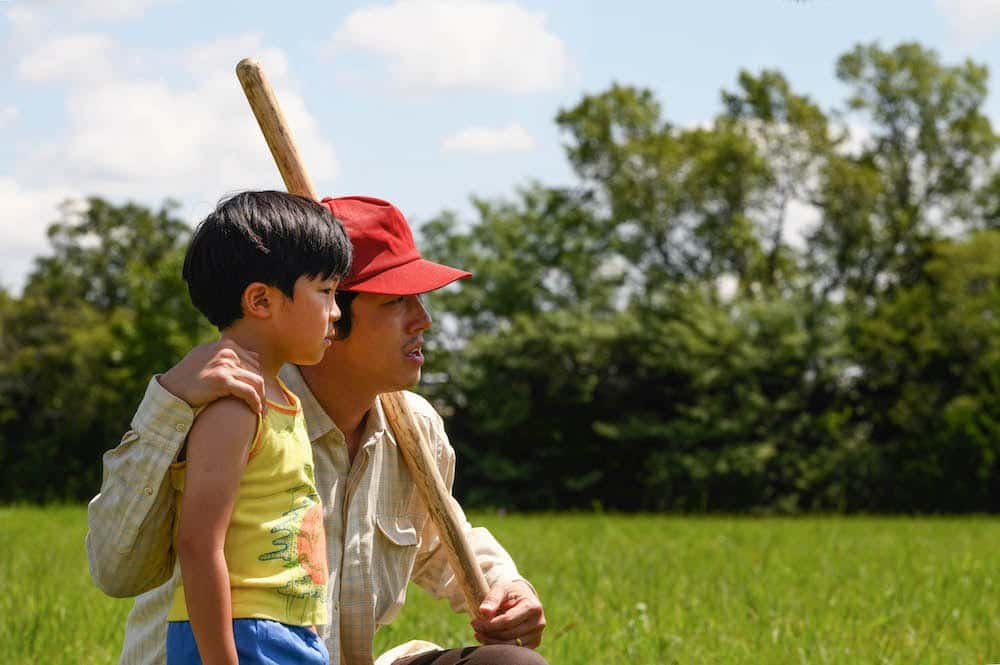 Copyright: A24
Courtesy of Sundance

The more I think on it, the luckier I realise I am that my parents never had to move around for work. I’ve lived in the same part of the North East for over twenty years now, the furthest away I’ve moved is a half-hour drive up the road from my own home. For a family to move away not to a different part of the country, but to a different one entirely, is a huge step that many take to better themselves and their loved ones. Minari looks to showcase one such story in as intricate and emotional a manner as possible. A Korean family moving to America in the 1980s, their assimilation of culture, lifestyle, and ethic documented in this feature from director Lee Isaac Chung.

We follow a family unit trying to make do with their newest venture in life. Jacob (Steven Yeun) and Monica (Han Ye-ri) have high hopes of turning their patch of land into a profitable farm. They work dead-end jobs processing chicks, looking after their two children and Monica’s grandmother, Soonja (Youn Yuh-jung). Yeun gives an extraordinary performance, such strenuous efforts go into his work here, an unbelievable role for an exceptional actor. A father clearly struggling, but trying to instil values in his son about how to lead a promising, fulfilling life. We’ve seen this story time and time again, but here it feels like a genuine article, something that any audience can take away from. It touches on all the right topics, the importance of family, the drive needed to make it in a competitive world, all of it is featured with such striking perfection.

I do think there is more that Minari could have done to tap into that Reagan era of American culture, but when it does get to grips with its surroundings the results are nothing short of spectacular. We touch upon the uneasy relationship Jacob and his family have with the local community, but not as much as I’d have expected. Much of the drama and conflict turns inwards, tearing at the love this family feel for one another, and the stress they now find themselves under after pursuing a potential opportunity. Lee Isaac Chung’s direction writhes in mournful prose, a family that seems to have one stroke of bad luck after the other, but their attitudes are striking.

Tackling the final days of the American dream, alongside a new prospect for a likeable, hopeful family, Minari captures such incredible moments within its running time. We’re dropped right into the fray of a likeable series of characters, all of whom feel like well-rounded, engaging individuals. It’s a testament to the strength of script, cast, and director that Minari works as well as it does. A rather conventional story performed with exceeding brilliance thanks to its dedicated leading cast and a director happy to sit back and capture the unfolding, layered story he and his crew have crafted.