Movie Review: The Trial of the Chicago 7 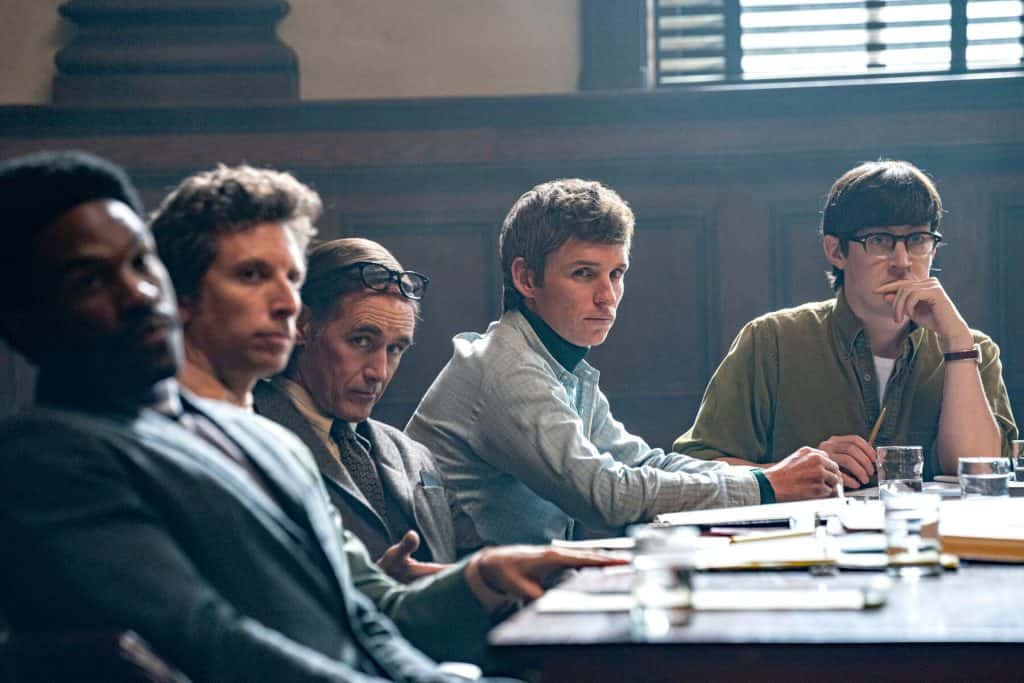 Netflix has been on some form of strange renaissance as of late, and I’m starting to get a little worried. Inevitably, they’ll release something so horrible that it dashes what little hope and respect I had for them as a production company. Christmas Chronicles 2 and The Princess Switch: Switched Again are releasing soon, so it’s only a matter of time. But whilst they’re hitting the highs they are now; I’m finding it hard not to revel in this fleeting resurgence of superb content. The Forty-Year-Old Version was a modern pop at the love of New York only Woody Allen could provide, but with a contemporary rhythm to it like no other. The Trial of the Chicago 7 manages to strike a chord with me, too, a biopic of the eponymous group put on trial in the late 60s after allegedly causing a riot in response to the Vietnam war and drafting system.

Mark Rylance, playing some sort of watered-down Saul Goodman, represents our Chicago 7. His inclusion as defense lawyer William Kunstler marks his strongest role for the year, especially when compared to Waiting for the Barbarians. It’s a strong performance, most of the roles throughout this piece are relatively strong. A film that brings together big names that haven’t exactly appeared in anything major as of late. Frank Langella, Eddie Redmayne, and Michael Keaton all appear in this to some capacity, and revel in the opportunity to put on a good show. A stand-out performance from Sacha Baron Cohen offers up a mixture of comedy and sincerity, with some nice scenes shared between him, Jeremy Strong, and a returning Joseph Gordon-Levitt.

Maybe I’m just a sucker for courtroom drama pieces, but The Trial of the Chicago 7 is a truly impressive film. Aaron Sorkin’s direction here isn’t anything spectacular, but he gets the job done with tight editing and a steady pace to an inconceivable level of detail, backstory, and prejudice. Flashbacks that gel naturally with a court case bookmarking these pieces, we should expect no less from a man who knows the gritty necessities of penning a script that spans a lengthy, heavy period of history. Sorkin’s work is exceptional, a fantastic adaptation of events that, unfortunately, falls prey to biopic convention from time to time.

My fascination and previous study of the Vietnam war and the American political scene at the time drags The Trial of the Chicago 7 kicking and screaming over the finish line. It showcases protesting and rioting as an integral part of democratic change, and like it or not, Sorkin’s return to feature directing makes its point rather succinctly. Its finger on the pulse of a political message reflected by similar actions from decades ago, the parallels between the late 60s and now are prevalent, but the core of this ensemble piece is one that details exceptional courage, bravery, and selflessness.