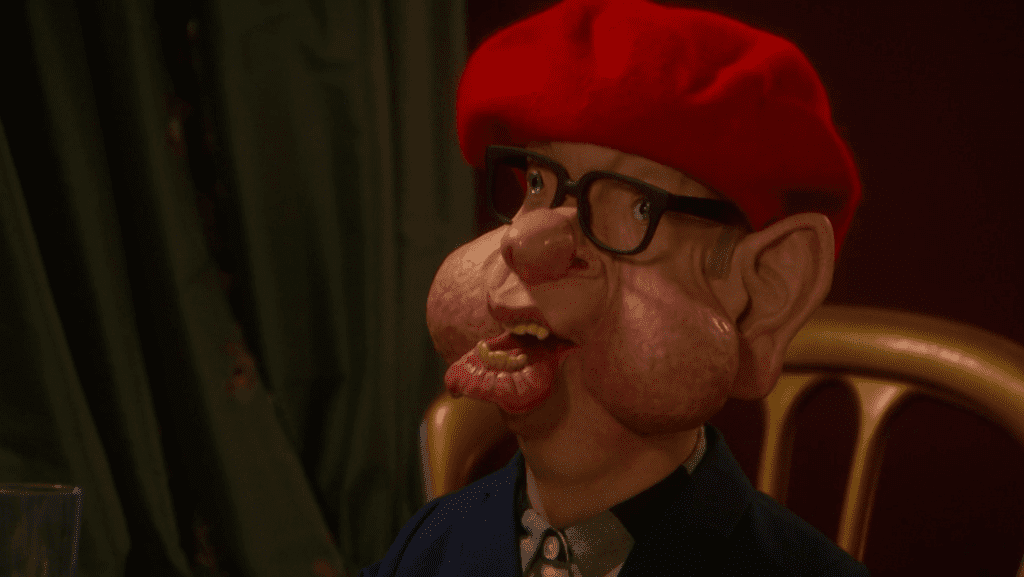 I struggle to understand why Spitting Image is so underwhelming, especially given the sheer amount of content to pick through and the lack of veracity needed to make it work. The fourth episode in a frequently spiralling series offers up little in the way of comedy.

Another episode to debut some new puppets, with Prince Charles offering his apologies to Wales and suggesting they try out some indoor fox hunting. It’d work if it weren’t for the previous ‘The Royals hunt animals to prevent boredom’ joke we received last week with the debut of Prince William’s boring caricature. There’s plenty to mock where royalty is concerned, but Spitting Image backs itself into a corner all too frequently. Some of the reoccurring jokes rear their ugly heads once more, all of which are completely devoid of humour. Matt Hancock’s scene-breaking moments of embarrassment are solid, but announcing that he’ll ‘stand behind the plant’ again is either too great a joke for me to understand, or misses the point of the show entirely. These puppets should mock the real-world actions of these disgraces, not conjure up some nonsense about hiding behind topiary.

Still, Tyson Fury gives Boris Johnson the big smack in the mouth we’d all love to give him. Unfortunately, it doesn’t come across as very comedic. The pacing is off, and it’s one of the few times where a detailed set-up and pay-off is necessary. Another miserable attempt at American humour, Joe Biden heads to Iowa and recounts another handful of off-colour, random anecdotes about his time spent in office. Comparing this with the Fury and Johnson sketch, the problems between the two are inverse. One fumbles its way to an intolerably dull punchline, the other starts and ends with a literal punch. Neither work.

The rest of the material is far too on the nose to work. ‘To be continued… …over and over again’ gives us the outro to our adventures with Michael Gove in Paris, a completely forgettable piece. A song about Twitter comes out of the blue, and it’s ridiculously poor quality. As bad as the platform they wish to criticise through this song, button-pushing nonsense that takes a rather weak, half-baked agenda to the centre stage. It’s neither interesting nor funny, and it showcases just how out of touch and behind the writers are, constantly trying to catch-up to the comedians found on the website they fail to ridicule.

I was still on side for the first few episodes, I really was trying my best, but my patience has snapped. Recycling jokes from both the old series and the show itself. Priti Patel and Melania Trump are both vampires, it just shows how fast the show has ran out of ideas. The few moments that do shine are nowhere close to being worth it. Dominic Cummings is left out until one brief sketch towards the end, Mike Pence is nowhere to be seen, and there are no coronavirus jokes in sight, I assume due to the fact that the writers have no exhausted all material on each subject. An absolute disaster from start to finish, my hope is diminished and my evening is ruined.