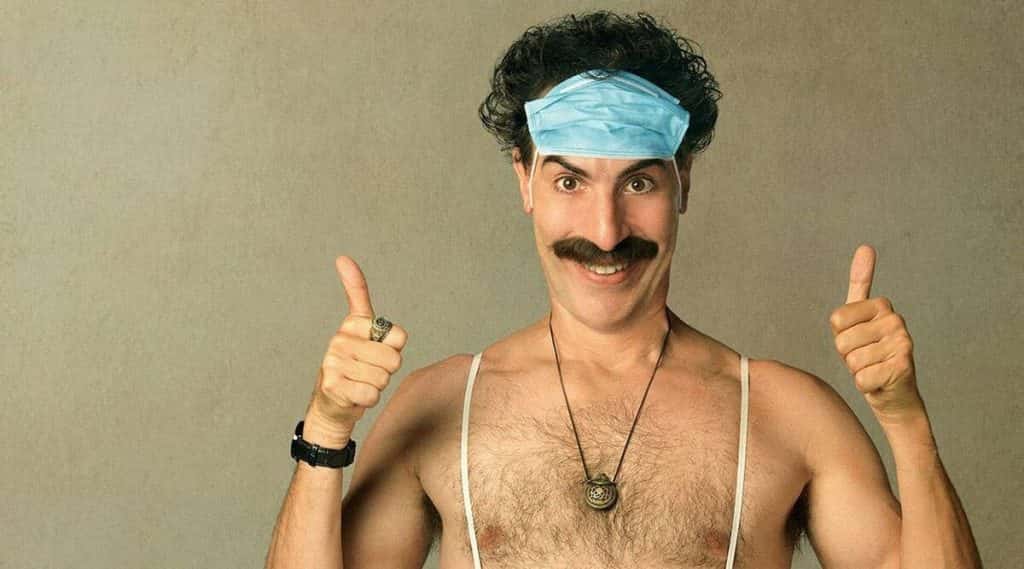 The return of Borat is, as the man himself would say, very nice! A character from the mind of comedian and actor Sacha Baron Cohen, Borat is the surprise sequel we should never have expected. A character that felt like it was stuck entirely in the vacuum that is 2006, Cohen revives Kazakhstan’s fourth greatest journalist and teams up with director Jason Woliner in his feature debut to bring us an analysis of how American culture has transformed and regressed over the past decade. It really does surprise me that Borat works in the current climate, especially with his celebrity status putting to rest the ability to have nuanced, undercover, and even indiscriminate scenes. It’s up to Cohen to adapt to this, though, the entire film depends on his ability to do so.

Cohen adapts well to the popularity and universal acknowledgement Borat has received, producing a handful of extra characters who would go relatively unnoticed. He does this both out of necessity and to keep originality alive, both pulled off in a fashionable and engaging success. Forgettable characters they may be, their actions are far more interesting than their names or personalities. He performs as Borat disguised as members of the public, and this mixture works rather well. Somehow keeping the fourth wall alive through this critical acclaim, Cohen manages to once again brush shoulders with political heavyweights, fringe groups and taps into the dark underbelly of America, one that is protruding rather rapidly into the eye of the public.

We now focus on the offspring of Borat, the inclusion of Tutar (Maria Bakalova) is one that offers up a secondary project for the film. Not without its fair share of hilarious moments, Tutar and Borat team up to travel around Texas, a state where there are uniquely horrible individuals around every corner. Equal parts comedy as it is a fascinating documentary on how far Cohen can push the buttons of an entire nation, he really does take it to the extreme. It’s an amazing event to behold, a catalyst for complete disaster and breakdown, with some horridly brilliant moments that will shock and, undoubtedly, cause controversy. Narratively broader than the first, and probably the only film we’ll get that utilises the coronavirus in an interesting way, Borat: Subsequent Moviefilm feels like a step in the right, fresh direction.

If anything, Borat: Subsequent Moviefilm should be a stark warning for the state of the American public. There are sweeping statements to be made here, ones that could be deflected rather easily, but it’s a testament of the work Cohen and his crew put out here that the subjects of this piece get nowhere close to engaging with or even attempt to bust down the stereotypes applied to them. It’s a smart satire, one that allows the subjects to reveal themselves as embarrassing or vile creatures, Borat feels like an observer of this, rather than someone who must actively coax a reaction out over time. It’s a strong cultural benchmark, it shows how far we’ve regressed. A fascinating, vital watch as both a genuinely funny piece of film, but one that serves as a stark, intimidating warning as to where we’re headed as a culture, and as a people.