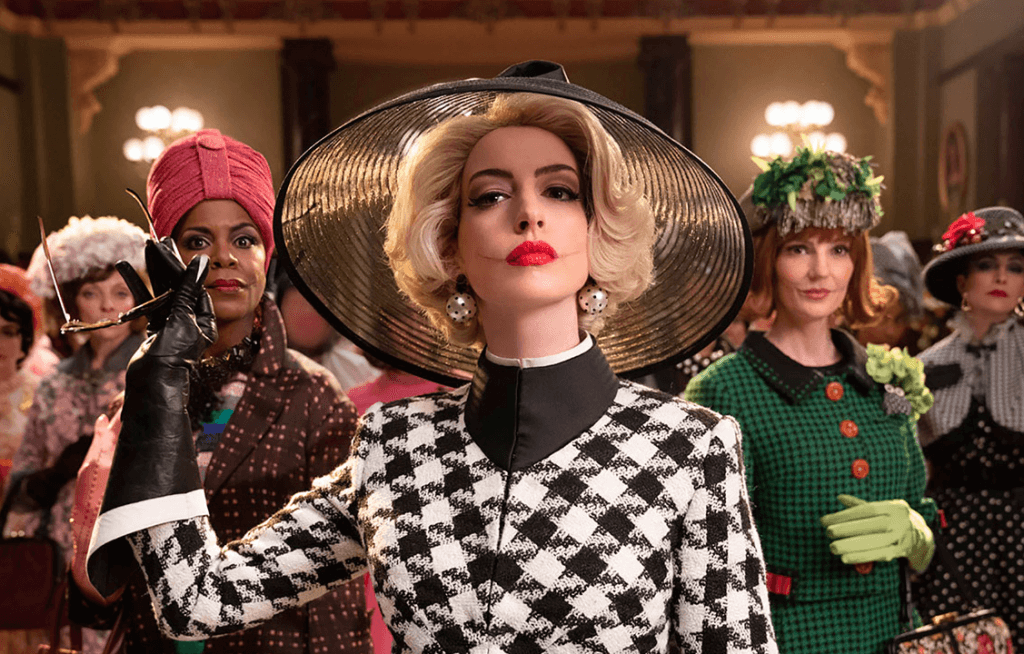 Roald Dahl was, most likely, a staple of your childhood. I know he was for me, and the odd consistencies of these big-screen adaptations of his classic stories is a rather remarkable feat. Willy Wonka and the Chocolate Factory is a personal favourite, Matilda a nostalgia classic for anyone that grew up at the turn of the 21st century, and Fantastic Mr. Fox is just good-natured fun. I’d read The Witches as a kid, I don’t remember much of it, I rarely remember things these days, but what I do remember is not watching the Angelica Huston adaptation. Brazenly skipping over that in a tremendous feat of childhood blasphemy, I dove into this Robert Zemeckis helmed adaptation of The Witches with little confidence and even less patience.

From the few clips I’ve seen of the original film, the changes made with this modern spin are night and day. Gone are the practical props, the jarring nightmare fuel that came from early 90s children’s films. Instead, the polished sheen of studio interference and suited heads jabbering away in closed offices grinds the unique charm of Dahl’s prose down into a fine, neutered powder. Back to the Future and more recently Oscar-bait peddler Robert Zemeckis takes the reigns of this one. Perhaps he’ll take me back in time to before I watched his innate ramblings and incoherent adaptation of a youthful gem.

Combining Anne Hathaway, Octavia Spencer, Stanley Tucci, and a bit of narration from Chris Rock, The Witches can pride itself on a solid cast of performers. The message behind Dahl’s novel is inevitably lost, but in its place is are some favourable performances and a nice palette of stylish lighting and colours. Perhaps we should expect more from a man who directed some of the most memorable films of the 80s and 90s, but then again, he lost his touch long ago. Spencer offers up a decent performance, seemingly enjoying her branch out into remarkably popular, yet inevitably poor filmmaking. Her role is strong, the best part of the piece by a landslide as the favourable, ever loveable grandmother.

Agonizingly boring, painfully slow and dumbfoundingly bland, The Witches serves no purpose but to cash-in on the waning star of Dahl’s literary works. That’s it now, surely, for adaptations of his work? We gutted his finest hour with the demonstrable Charlie and the Chocolate Factory, kicked his teeth in with Steven Spielberg’s adaptation of The BFG and slapped him about a bit when his short adult stories were miserably adapted into Four Rooms. Surely now, after this horrible remake of a seemingly mediocre original film, it’s time we put an end to adaptations of his work. Call time at the bar, last orders for spitting in the face of Dahl’s ability to craft childhood classics, no longer shall they be churned into something that feels like, at best, a completely conventional, stoic retelling of a story audiences will either be too old to remember, or too young to care.