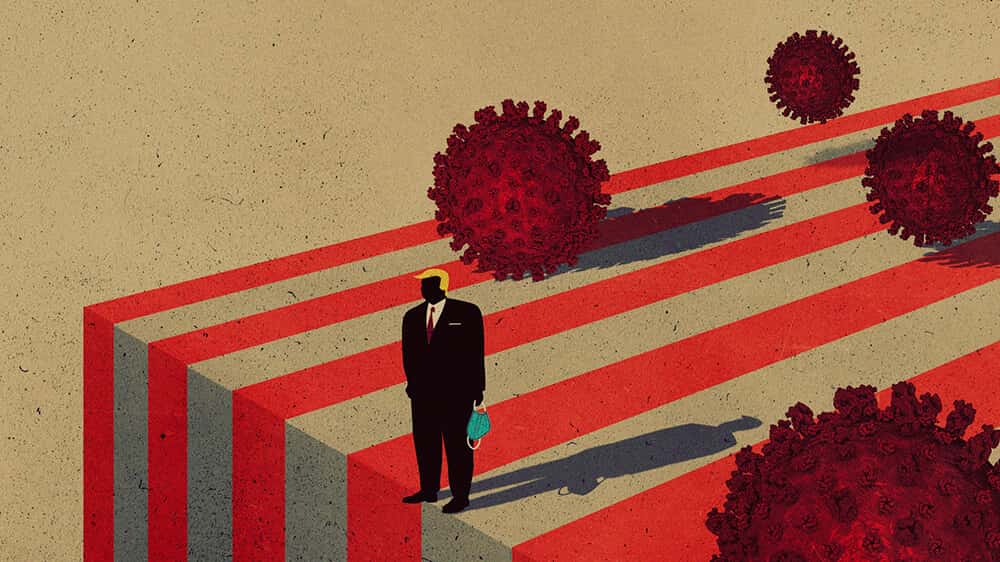 Contrasting the response of two countries to the coronavirus pandemic is grounds for an ecstatically interesting documentary. We’ve rattled our way through so much in such a short amount of time, it was inevitable we’d be offered up a documentary on how certain governments and democracies responded to the crisis. I’d sip away at my tea and offer up a hearty throw of the head had I known our government were doing any better than those across the pond. Totally Under Control looks to dissect how two completely different countries adapted to the coronavirus pandemic, what they did, and how they’ve managed one of the biggest health crises we’ll see in our lifetime.

Comparisons are drawn between the United States of America and South Korea. The changes are stark, with the key difference being that the government in South Korea stepped aside to let the medical experts do their job. The acts of patriotism in those against masks and vaccines in America is a fascinating component of the pandemic. Totally Under Control touches upon this often, and they bring about interesting, and, crucially, articulate arguments to showcase how dangerous this mentality is. There’s no denying that this is a well-documented, thoroughly examined bit of film, but at the end of it all, I struggle to see its overall point or focus.

More frustrating, than anything, we’re hearing advice from experts that was acted upon too late, if I wanted to hear more on that I’d pop Sky News on. Totally Under Control loses its way a little bit, it falls down too many rabbit holes and forgets to continually compare its findings with its defence. Even then, though, it’s a damning report on the shortcomings of America during a critical time for the health of its country and its people. The last half hour becomes more a criticism of the campaign, rather than an understanding of what went wrong and why. Even then, this two-hour documentary only covers four months’ worth of the pandemic, it captures a few statements that showcase how the politics of the era have taken precedence over the survival of its people. The consequences are glaring, harrowing, and an incredible collection of just how foolish these mistakes are in hindsight.

Totally Under Control is a recount of modern events that we’ve all gone through, and it’s not all that incredible. For those that have been on top of the news as of late, or have even a single semblance of interest in politics or public affairs, this will do nothing more than put faces to the names of vaguely important individuals. It draws up a nice comparison between two nations, though, doing much of the legwork journalists and reporters have been attempting to collate for much of this year. A quick-fire analysis of rolling news footage from the past few months of American and South Korean politics, with a couple scientific explanations to make sense of it all, Totally Under Control is a documentary that captures its story well, but doesn’t take it all that far.