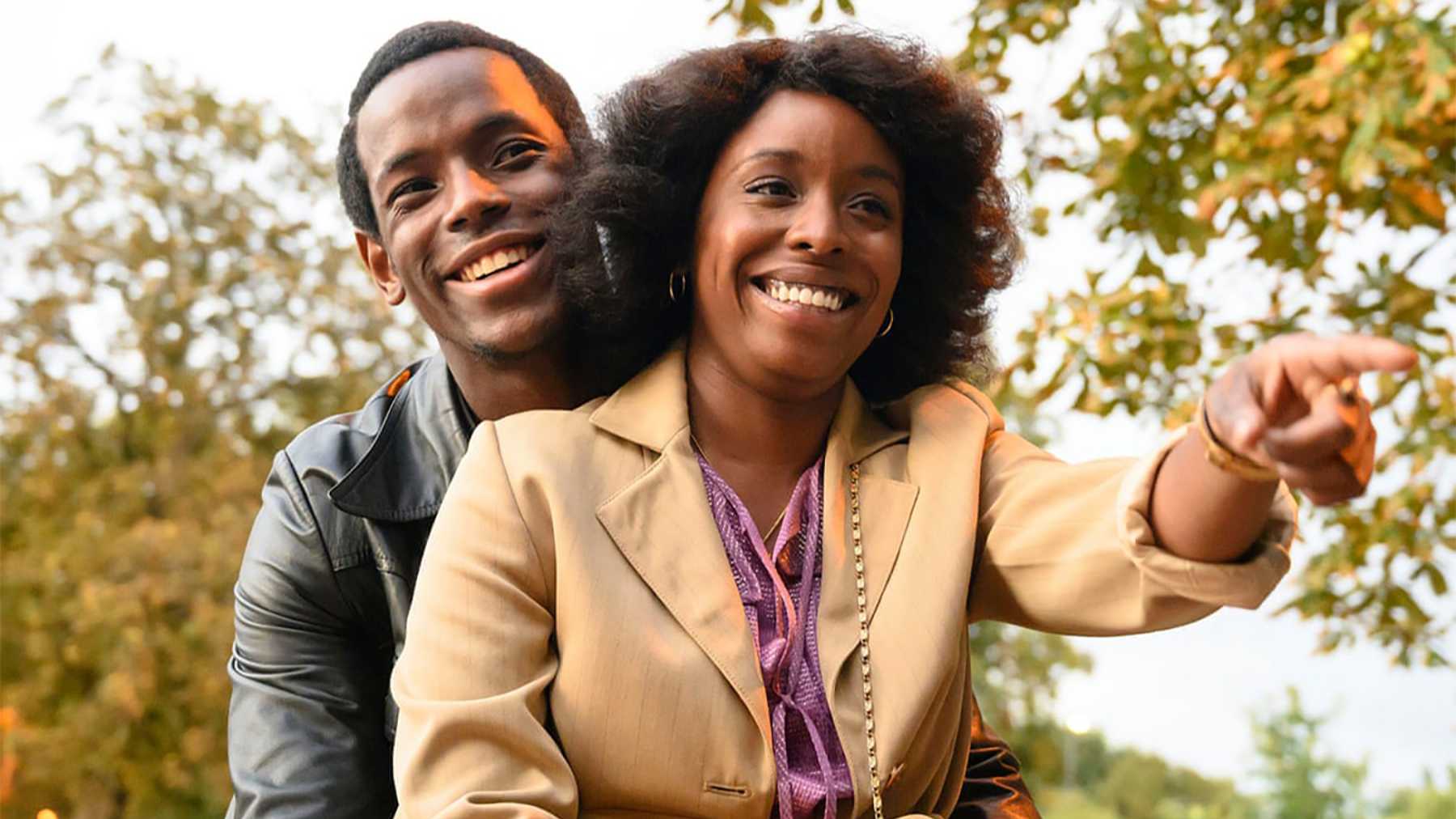 I was rather hesitant to label Small Axe a television series considering Mangrove clocked in at a stark, feature-length running time. But Lovers Rock, the second instalment in Steve McQueen’s five-episode set, is more akin to a television format. A concise, hour-long piece marks the second instalment of McQueen’s collaboration with the BBC. With its name clamouring for a link with an era of music that revolutionised and regaled us with some of the best tracks of the 20th century, this party piece from McQueen is like nothing he’s ever crafted before. Immediately innovative, and I’m surprised at how well he handles it, considering this feels relatively light when compared to projects like Shame, Widows, or Mangrove.

Lovers Rock makes me long for the days of house parties. Knocking shoulders with people you barely know, coming together through the genuine power of music. All of it is documented with a series of moments amalgamating into one feverish night of fun, fury, and newfound relationships. The mixed bag of events that comes from gelling with so many different people from all walks of life is an experience like no other, I’d fully recommend it once you’re allowed to cluster into a festering, alcohol-coated room, listening to 80s and 90s hits on a tinny speaker. Lovers Rock doesn’t partake in much modernity, but its 80s setting shares more parallels with the modern-day equivalent than one would first assume.

Whilst the stuffy confines of Mangrove were consistent and cold, Lovers Rock feels much more intimate with its character studies. It’s a completely different palette, far removed from the plight and struggle of civil rights. Instead, McQueen takes us to the makeshift nightclub of a few people coming together under the reggae, rocksteady, and soulful beats of the 1980s. It’s not all sunshine and rainbows, though, there are pockets of horrifying drama sprinkled throughout that detract from the party atmosphere. They ring true to the dangers of partying, and are generally accurate in a way that showcases how one moment of horror can ruin a perfectly good night. Others around you may not notice the mood breaker, but we all walk a fine line when partying, the infusion of alcohol, adrenalin, and good tunes puts us on a lethal tightrope.

One of the few films releasing this year that has heart and soul to it. Charming from start to finish, and wildly different to Mangrove in tone, style, and story. The underlying social issues are still present, an obvious theme that ties these films together as a series, but Lovers Rock wishes to display the happier times. It’s near plotless, it basks in the joy and pleasure of coming together with friends or innocent strangers, basking in the music, and having a good time. It’s a world away from the parties I used to attend, but shares the love of good music and good people that lined the stairways and gardens of my own personal experiences.