Added on 25th November 2020  Ewan Gleadow  Phineas and Ferb The Movie: Candace Against the Universe

Movie Review: Phineas and Ferb The Movie: Candace Against the Universe 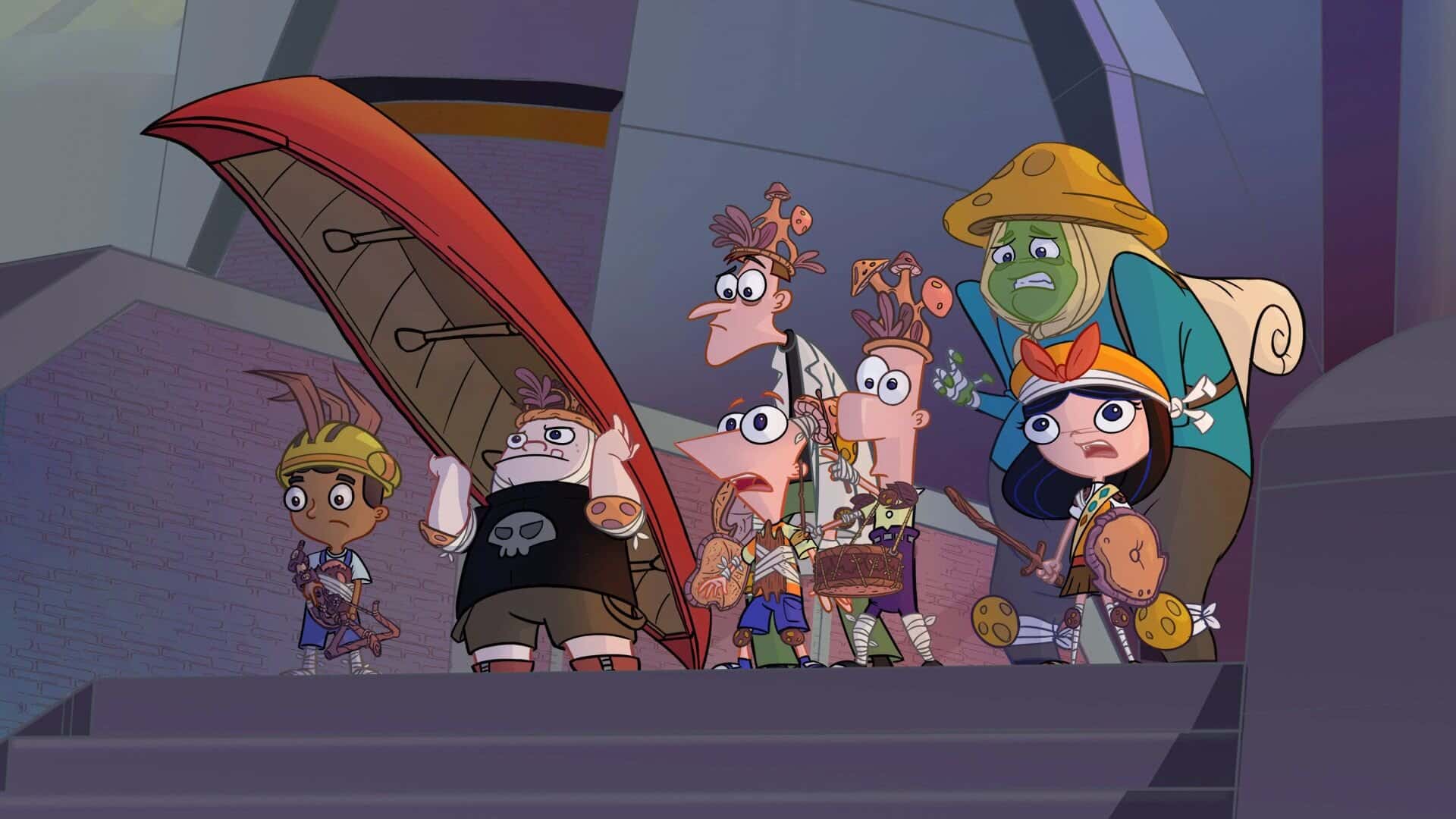 Sometimes tapping into your nostalgia is a complete disaster. I must’ve said this countless times, but taking a trip down memory lane is usually far worse than you’d expect it to be. Why I don’t heed my own advice, I really don’t know, but I’ve clearly grown out of watching kids’ cartoons. Phineas and Ferb was a staple of programming in my childhood years, and it was surprising to see Phineas and Ferb: Candace’s Revenge release this year. I thought the series had been long left dormant, the voice actors and audience growing up and out of their infatuation with this series. Evidently not, as this latest feature film from director Bob Bowen shows us.

Back to the world of summer vacation we go, then, and not much has changed since I last viewed the series a decade ago. Still showcasing consistent animation, hitting all the right notes of both the humour offered by the show, but crucially, the nostalgia returning audiences may feel. I was initially confused as to who would possibly be gasping for another Phineas and Ferb film, but it seems to have its audience. It’s not necessarily a bad film, either, the nostalgia goggles were plastered firmly on, but I don’t think I needed any connection with these characters to enjoy the nicely detailed animation and the relatively consistent story.

The jokes are consistent, but most feel akin to complete throwaways. Fourth wall breaks are frequent, and their flow in the film is rather inconsistent. Those do bring the side down somewhat, and whilst the story itself is consistent in where it wishes to take us, how we get there is a completely different story. A number of throwaway characters crafted solely for the sake of plot progression rather than to showcase some unique offering, Phineas and Ferb The Movie: Candace Against the Universe faulters from time to time. It stalls in the most obvious of places, and a film catering to the youngest of audiences shouldn’t have plodding narratives that take time to coax their narrative into swathes of detail. It’s not as snappy or light as it should be, but maybe I’m underestimating the brainpower of the young tykes these days.

If Candace has a phone, why doesn’t she just take a photo of whatever incredibly terrifying contraption her brothers have built? Perhaps applying knowledge to a show I used to watch on Disney XD as a kid is a little harsh. Phineas and Ferb: Candace’s Revenge is a lovely return to characters I hold such a great deal of nostalgia for. It was the perfect remedy for a bummed-out mood, delightfully animated, never missing a beat from moving to a big-screen, larger format. They’ve done it before, and, by the looks of it, they’re gearing up to do it again.