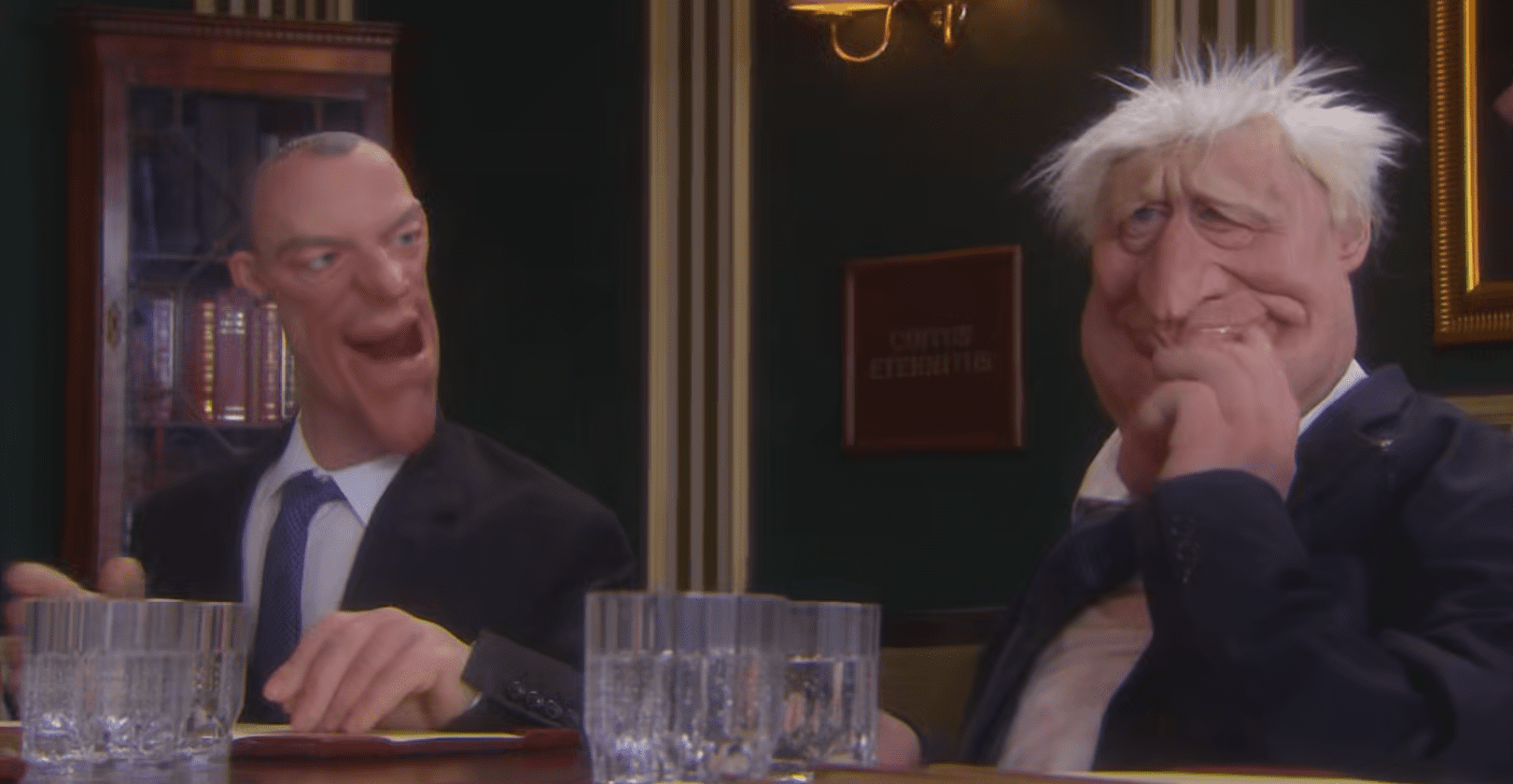 Once more into the fray we go, but I don’t suppose putting up with this remarkably poor reimagining of Spitting Image is bold, brave, or even noteworthy. A busy week once more for the poor souls trying to keep up with the ever-changing news cycle, at least there’s plenty of material to work with. What should be a blessing of bountiful content instead reminds us that, like most of the episodes so far, we’ve not landed on anything consistent or engaging. Cheap pop gags, bland winks to the camera, vying for some sort of relevancy in a world dictated by hashtags, breaking news, and cavalier politicians on both sides of the debate.

Another poor intro, recycling the “shooting Joe Wicks” skit from last week. Or was it the week before? It’s all blurring together at this point. I didn’t think the Donald Trump skits could get any worse, but they’ve removed the accidental satire he offers up on his Twitter feed and replaced it with a man trying to shunt his way back into television. It’s throwing as many poor ideas at the wall and, rather than seeing what sticks, takes everything even vaguely connected to pop culture, and shoehorns it into a horribly long twenty minutes.

There are, once again, a handful of engaged moments. Good Cop, Bad Klopp was a surprising stroke of solid writing, pairing up Liverpool manager Jurgen Klopp and Idris Elba as a buddy cop duo. The jokes are, of course, the fact that Klopp is a beacon of optimism, clashing with the smouldering, sweary prose of Elba. It’s a nice balance, but I doubt it’ll be touched upon in later episodes, especially now that we’re veering to the cliff edge that is the end of the first series. At least, I hope we are. I feel like I’ve been watching this for far too long. Kanye West’s literal barnstorming antics make an appearance once again, and even though it hasn’t been long since we visited West’s regulated farmyard, I can’t remember what’s going on.

The entertainment equivalent of watching TV static, but the only difference is that someone funnelled quite a lot of money into this drivel. It’s a show full of throwaway lines that should be funny, but are so cliché and expected that they’re better suited to, yet again, a Twitter feed or a sloppy meme edit that’ll make the rounds on Reddit. There’s a rap battle between Kanye West and an officer of the E.P.A. If you were wondering how long it’d take for us to devolve into ripping off a decade-old series of cringe-inducing YouTube videos, then, here we are. Still, it’s better than West’s actual music.