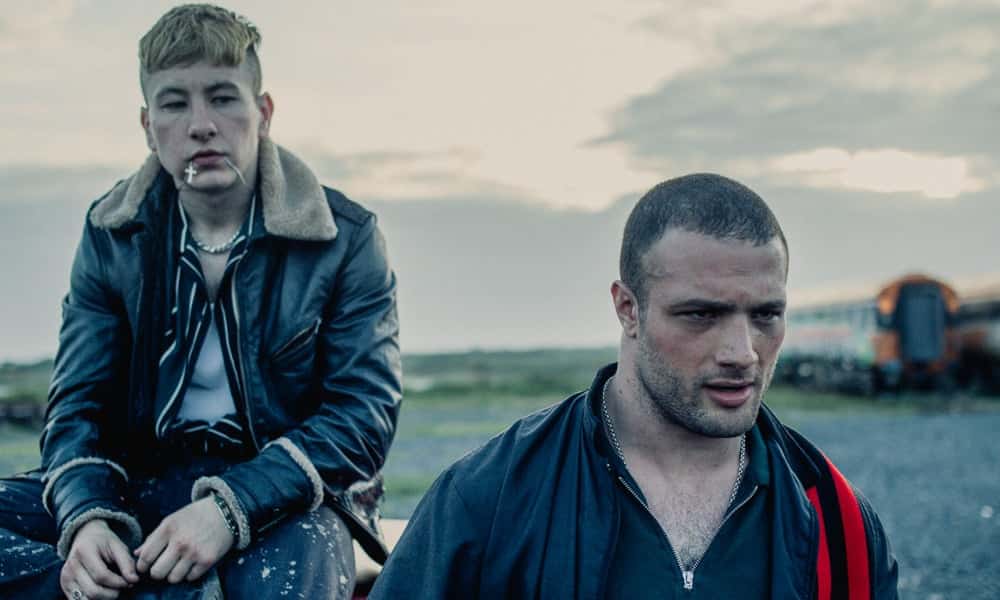 Taking its pride in the backstreets and dingy circumstances found within the lowly lives of some villainous drug peddlers from Ireland, Calm with Horses is the latest feature film from director Nick Rowland. He divulges a great portion of story almost immediately, showcasing our leading man as someone trying to make their way back into the civilised world, do right by his son, and provide support for his alienated family, who he now struggles to maintain a relationship with. It’s a story that, with a glitzy cast and bigger budget, would be strong awards bait. Lacking the tools necessary to be such a contender, we can graciously accept the relatively underwhelming moments this film looks to offer.

I find myself saying this far more than usual these days, but Calm with Horses is not, fundamentally, a bad film. At its core it has a grand story of working-class woes, its representation of the Irish system of classism is, as far as I’m aware, fairly solid. Struggling to integrate back into society after a prolonged period of absence is something we’ve all seen before in film. Whether it’s a mild subplot or an achingly long series of encounters and discussions, Calm with Horses opts for the latter and loses its way somewhat. Some moments feel truly genuine and grounded in the world Rowland looks to present.

By and large, though, it offers a far less focused narrative than you’d first expect. It moves away from its established story of a man looking to better himself for the sake of his son and himself, and turns instead to some rather underwhelming moments of heavyset tension. The offering of dramatics from leading lads Cosmo Jarvis and Barry Keoghan isn’t up to scratch, not because of their performances (which are arguably the best part of the movie), but are knocked back by the writing. Joseph Murtagh’s freshman screenplay outing feels a tad half-baked, a film that throws a lot into its characters, but doesn’t have the intricate writing necessary to pool it all together in a way that feels either genuine or fulfilling.

Most of the film feels rather miserable, with no silver lining in sight. I enjoy that style of film, but misery for the sake of misery is a whole different story, and Calm with Horses never distinguishes itself as having anything to offer but dreary moments. It’s a cavalcade of worsening circumstances, chance encounters, and desperation. There’s no silver lining in sight, and if that’s the message Rowland and Murtagh have for us, then so be it, but to attach it to a story where a positive outcome of growth and acceptance is the key feels a bit bizarre. Although the film may not capitalise on its brief moments of hope, I like to think that Rowland and Murtagh will offer up something truly brilliant in the future. They have the tools to do so. That’s my silver lining.