Sunderland Illuminations light up the nights for everyone

Fireworks, performers and local legends make sure that the Illuminations open with a bang.

Sunderland Illuminations opened up with a full show on September 24; with the first half of the show taking place at Cliffe Park and then moving on to Roker Park for the second half of the show. Throughout the course of the show, performers included the St. Anthony’s School Choir, Durham singer Chloe Castro and the Spark Drummers. 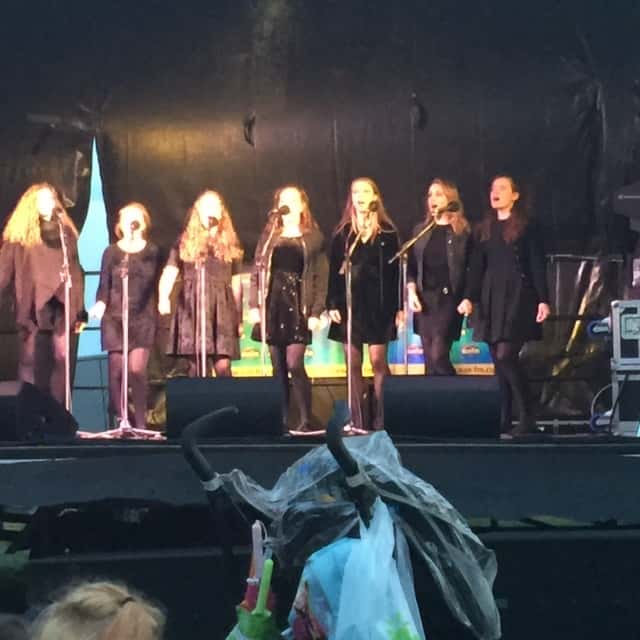 St. Anthony’s School Choir were well rehearsed as they sang the Circle of Life in duets and were very much in sync during their acapella song title. Each note they sang was in tune and kept in time with the rhythm of the original song. This group danced with subtle dance movements as they were very relaxed during their piece, right until the end.

Next up on stage was Chloe Castro. The Durham singer, who appeared on BBC’s The Voice, performed a couple of her favourite songs for the audience with her acoustic guitar.Castro grabbed the attention of the audience. The audience joined in. and sang along with her during her song titles . Clapping away during Castro’s song, the audience danced to each beat. .

It was good to see some familiar faces, with Ian Brannan and Danielle Moore from the Sun FM breakfast show hosting the event. Immediately after the two performing artists had finished their acts on stage, Sunderland’s Mayor, Coun Alan Emerson and Sunderland AFC legends Kevin Ball and Jimmy Montgomery switched on the lights of all the installations during the illuminations.

The Spark! Drummers performed on the grass as they marched towards the stage in their LCD padded costumes and face paints. Drummers were seen dancing with robotic movements while they were drumming away. Each of these drummers were playful and added a touch of humour in their robotic sequence. Large crowds of people had made a big circle around these drummers during their act, with nearly everyone snapping photos of the Spark Drummers. Their costumes changed from white to blue to green to red throughout their dance and were very entertaining to watch throughout their performance. 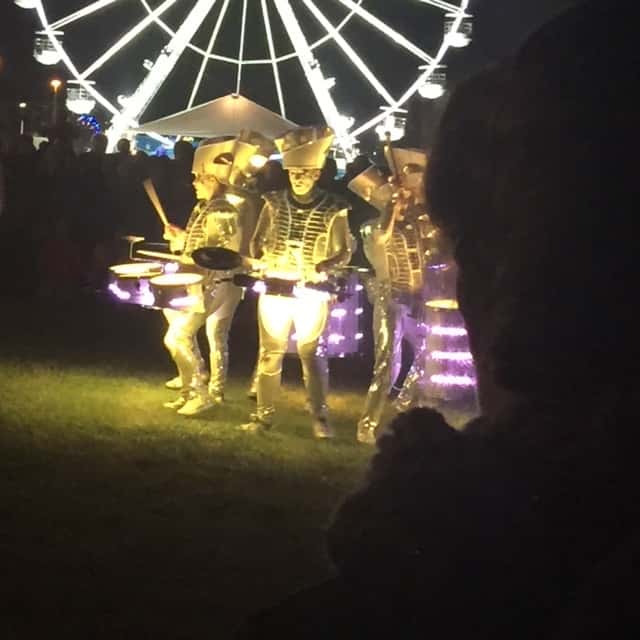 Spark Drummers at the Illuminations

A quick set of fireworks probably left the audience slightly dissatisfied. The Spark! Drummers then led the way to Roker Park for everyone to visit the illumination installations. There were all sorts of illuminated installations at Roker Park with Pirates, Fairies and a Sea of Stars on the lake inside this park. 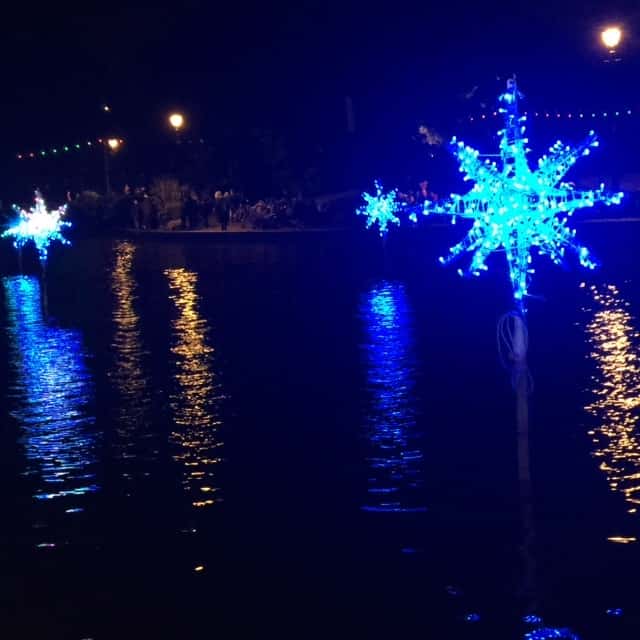 In addition to these regular performances, throughout this event, the illuminated observation wheel will be lit up between 6-10pm till the November 5. The model railway will also be present in Roker Park throughout this event tuntil the end. Other activities for youngsters that will be operating here till the end are the Pirates Swing Boat, the Venetian Carousel and the Fairground Rides. 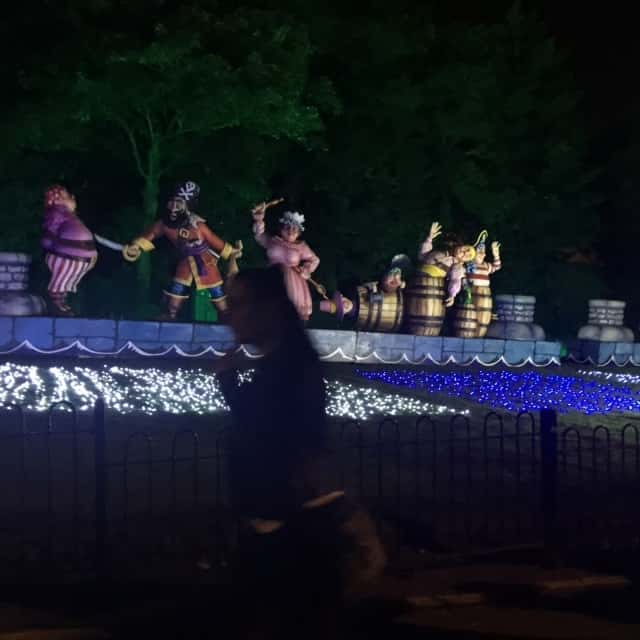 It was definitely worthwhile to attend the Sunderland Illuminations. It was a really creative event,with all types of illumination events packed into one day.

This event deserves a rating of 4/5.