With Halloween just around the corner, the hunt for the best costume is on and most people are taking to films to get their inspiration.

Without a doubt there have been some pretty memorable films, memorable characters and even more memorable costumes that come with them. Here is a rundown of the top 10 fictional characters that have sparked a costume rampage on the world…

What would Harley be with out her puddin’ The Joker?  In the new Suicide Squad film, like Harley, we saw the Joker completely updated. Still rocking the bright green hair, but we also saw a tatted up joker like we’d never seen before. Jared Leto showed us the variation of the Joker that engages in complete pandemonium, showing all the craziness we want to see in his character, which made everyone so utterly shocked, yet intrigued by it. For the costume, a tin of green hairspray and a sharpie should do it, I’m sure that we’ll see some coupled up Harley & Joker duos this year. 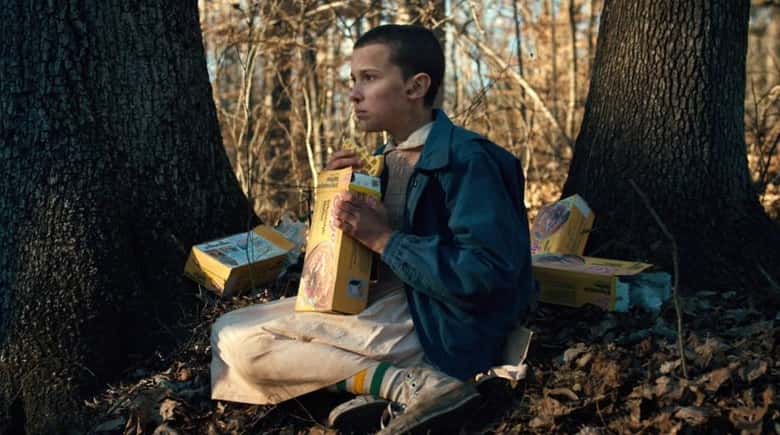 Maybe in this costume, when you knock on someones door when trick or treating, you’ll just be handed some eggo’s! Since airing for the first time in July, Stranger Things has became one of the biggest shows on Netflix and the character ‘Eleven’ has became one of this years most popular costumes. With many costume variations of El, she stands out, for all the right reasons. Whether you want to imitate her girly pink dress and blonde wig, or her shaved head and blue jacket on top, you’ll be one of the creepiest, non-generic characters at any Halloween party! After all, who doesn’t want to be graced with the psychokinetic powers she has?

5. Pennywise the Dancing Clown aka Stephen King’s IT 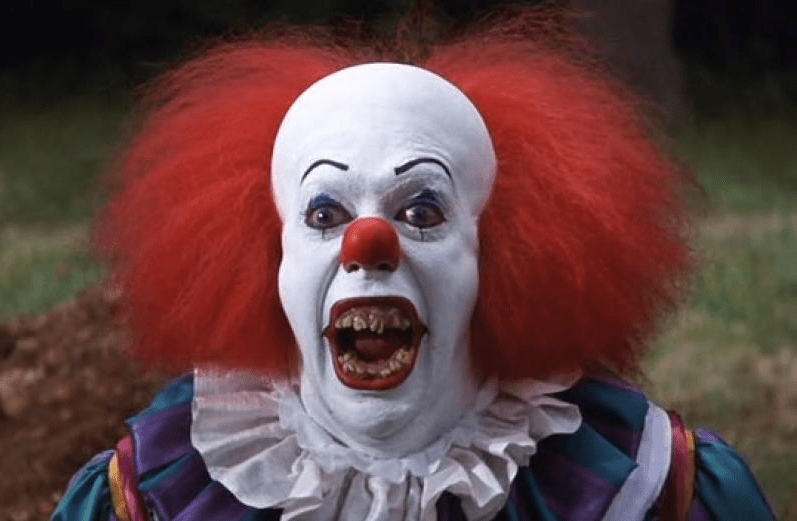 With the controversy of killer clowns sparking the world right now, many people have took to Pennywise the Clown as their costume inspiration. Whether it be to ultimately just terrify people or you just really like clowns (I personally am not one of those people!) the red nose, clown white skin and over sized trousers are bound to make you the talk of the town. Halloween is going to be a free circus for everyone!

Beetlejuice, Beetlejuice, BEETLEJUICE! With his green messy hair, striped suit and extravagant ghostly makeup… Beetlejuice is a go-to costume for absolutely anyone. Despite his arrogant personality – everyone seems to love him, enough to replicate his grungy style, perfect for the Halloween season! 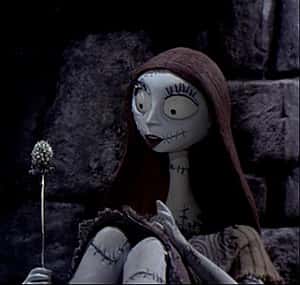 Sometimes looking for Halloween costumes simply turns people blue in the face… which for this costume, could be used to a total advantage, that’s actually where the nightmare ends! Nightmare Before Christmas is a cult classic and everyone seems to know who Jack and Sally are, probably because Tim Burton knows how to make the weird wonderful, which really shows in the creation of her character. Sally’s look is one of the most normal and easy costumes to try at home, blue skin, a patchwork dress and a couple of drawn on stitches here and there, giving people all the more desire to recreate Sally’s simplistic deadly look… and possibly even find their own Jack this year.

Like it or not, there will always be someone out there in a skeleton costume on Halloween, we’ve all done it. But if you’re going to be one, why not go that extra step and be a completely psychotic, mass murdering one? You’d look pretty cool doing it… well, the costume part anyway. Dressed in black from head to toe, Tate Langdon’s character has caught eyes all over the world, despite his insanity, everyone can’t seem to get enough of him. Making him the perfect costume for anyone who owns more than one piece of black clothing and has access to some black and white face paint! 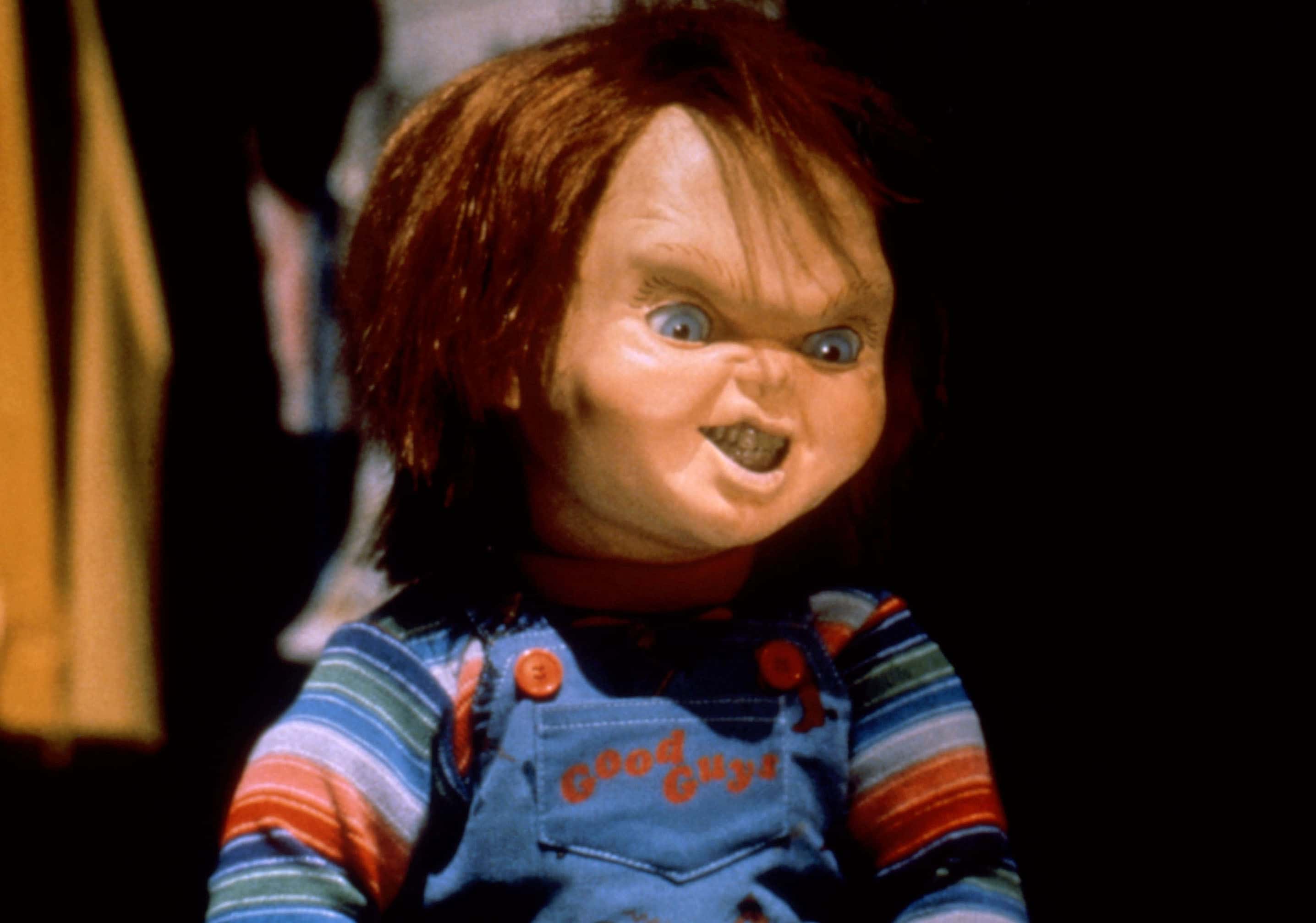 Looking for a perfect costume isn’t exactly child’s play, until a red headed, murderous doll is staring you right in the face. Chucky is everything you could want in a Halloween costume, which is why he has been a staple costume to recreate over the years. From his innocent looking striped jumper and overall’s one minute, to a blood spattered doll from hell the next, this costume always has and always will be a sure head turner, after all, even Chucky himself says as a doll, he’s infamous!

Let’s play a game, let’s find the perfect eerie costume, you have exactly… nevermind, game over. Jigsaw is both visually and psychologically creepy, which makes him such a perfect Halloween costume, I’ve heard many people this year talking about their need to perfect their cheek swirls and the desire to get a red bow tie, things that are big parts of his costume. After all, who needs a ripped up shirt and fake blood when you could be just as scary wearing a suit for Halloween? It’s more than acceptable for this one!

Did any fictional characters inspire your costume this year?