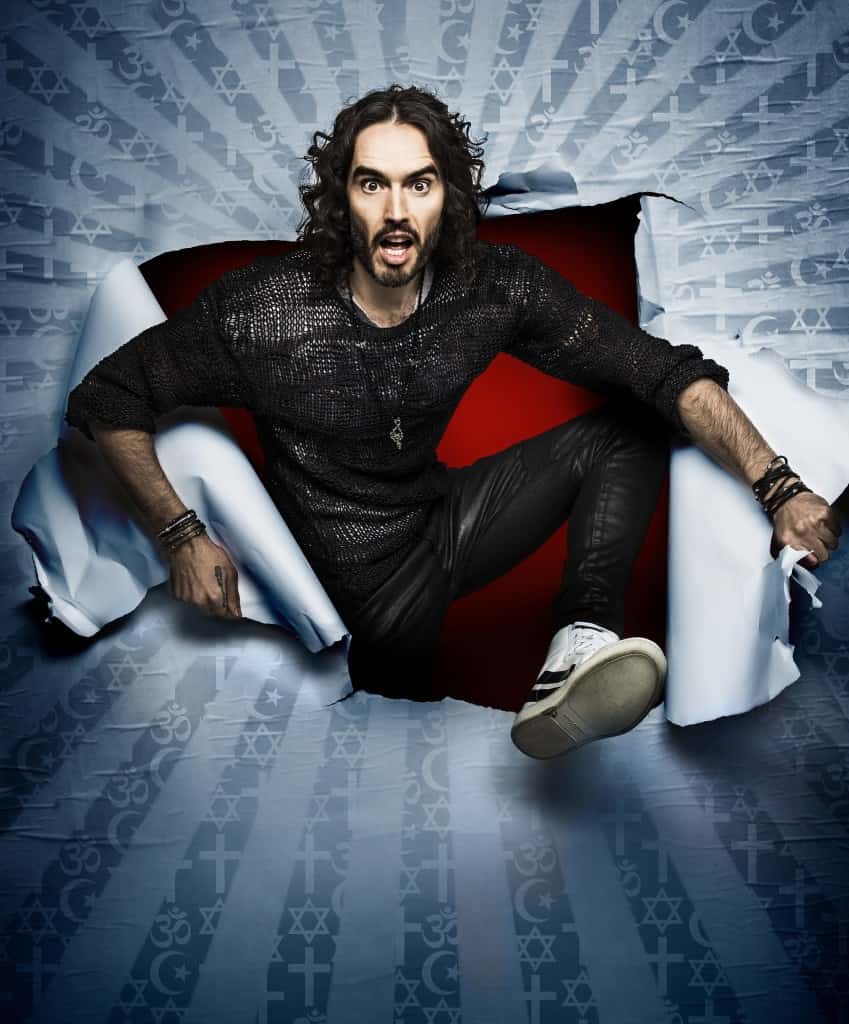 Following a series of sold-out preview shows in November and December 2016, Russell Brand has announced a new stand-up tour of UK and Ireland, RE:BIRTH, which will play at the Sunderland Empire Theatre on October 14, 2018.

In RE:BIRTH, Russell Brand wrestles with questions such as ‘what is real? Who are we? And where did this baby come from?’ while also unravelling the matrix of modern media, politics, sex, fatherhood and death. One of comedy’s fiercest talents tries to make sense of life having just made a new one.

Since rising to fame in 2003, Russell Brand has established himself as one of one of the world’s most celebrated stand-up comedians.

His acclaimed tours include 2006’s SHAME, 2007’s ONLY JOKING, 2009’s SCANDALOUS (which marked his US live debut) and 2013’s critically acclaimed and hugely successful MESSIAH COMPLEX, which was also a best-selling DVD.

Aside from stand-up, Brand is also a phenomenally successful broadcaster, actor, author, podcaster, columnist, political commentator as well as a mental health and drug rehabilitation activist.

RE:BIRTH will begin in April 2017 and visit every corner of the UK and Ireland, finishing in November 2018. Tickets for the Sunderland showing will be available for general sale from 10am February 3, 2017.