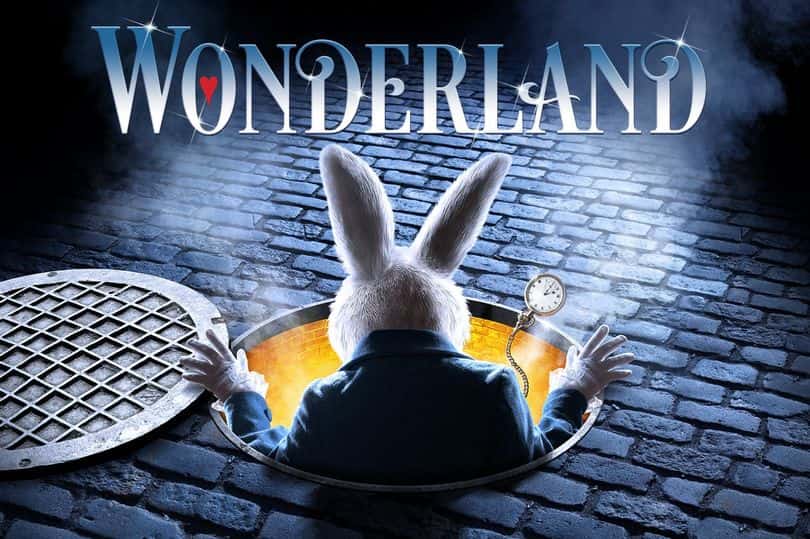 Following  its shows around the world, from the likes of Texas to Tokyo, the multi Grammy and Drama Desk Award nominated musical ‘Wonderland’ received a British production and made its way to Sunderland’s Empire Theatre.

Throughout the show the story comes back to the message that people should have confidence in themselves and not be controlled by others around them.
This message is brought to life by Alice who, after being married to someone who told her she couldn’t do anything, still believes that and refuses to move on with her life.
At the start of Wonderland you learn that the marriage has ended, Alice now works at a travel agent and has a daughter. She continues to hope that her ex-husband will come back, even though he was so manipulative, but by the end of the show she steps through the Looking Glass, regains her confidence and finally moves on from her horrible ex.

As a musical, the one thing you can expect is songs and Wonderland offers some great ones. Every song perfectly helps to reflect the mood and atmosphere of the scene, such as when Alice is having the worst day of her life at the start of the show. This song is more downcast than other songs but is still quite energetic, which really helps to kick the show off.
Once they arrive in Wonderland you hear the best song of the show, “Welcome to Wonderland”. This number is much more upbeat and is incredibly catchy, definitely a song you could find yourself humming a few days later.  Quite a few of the remaining songs were relatively sombre as the world of Wonderland faces unrest, the Mad Hatter seeks to take control of the world and Alice struggles to decide whether or not to go through the Looking Glass. Moreover, these songs did match the mood well but it did feel a little too long before we got another bouncing cheery tune.

The cast also did a great job brining these characters to life. The Queen of Hearts was performed very well by Wendi Peters who bought with her an air of royalty mixed with the craziness of Wonderland, somewhat similar to Miranda Richardson’s “Queenie” in Blackadder II. Alice’s daughter Ellie also stood out as she started off intelligent and sensible but when she went through the Looking Glass she became a stroppy teenager. This personality shift was done really well as she became a completely different character. The other residents of Wonderland all played their parts well with the Cats managing to include the mannerisms of actual cats into their performances and the Dormouse always falling asleep whenever she was about.

All in all with a strong message, catchy songs and some great performances Wonderland certainly lived up to expectations.