The well-anticipated Mr dark and mysterious recently topped the box office film charts, but it wasn’t quite the troubled billionaire protagonist that people were expecting. The Lego Batman Movie raked in £7.9 million on its opening weekend, meaning capes and comedy beat Christian Grey and his raunchy sequel to the top spot. Fifty Shades Darker earned a slightly lower £7.56 million, nearly half the amount of its Valentine’s Day predecessor, ranking it in second place.

Jamie Dornan and Dakota Johnson reprised their roles as billionaire bad boy, Christian Grey and inexperienced ‘misfit,’ Anastasia Steele, but continued to struggle with on screen chemistry in this disappointing sequel. 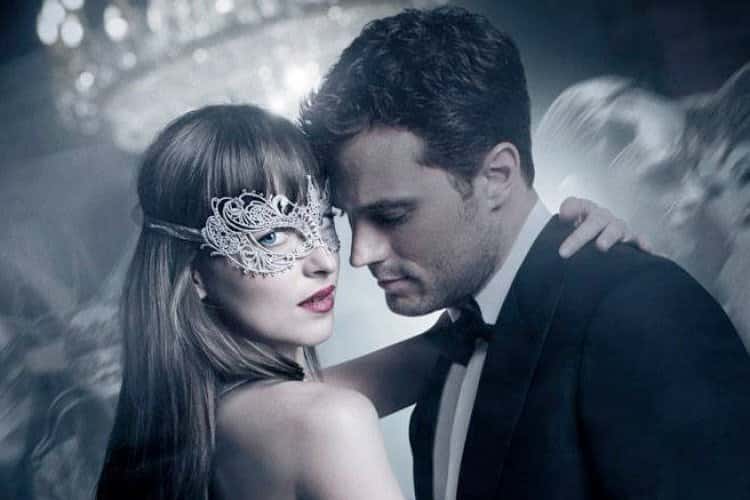 The elements of erotic fantasy appear to have somewhat subsided in this movie. Moving on from the nipple clamps and blindfolds comes the depiction of a much tamer ‘love’ story. The attempts to ‘humanise,’ Christian and Ana’s relationship sees them enjoying other activities that don’t involve Christians Red Room of Pain. Masquerade balls and fireworks practically shove the idea of romance down your throat and consequently the X-rated content everyone came to see is side-lined. Whilst it’s hard to deny their individual sex appeal, Dornan and Johnson fail to bring life to the wooden dialogue and the growth of their relationship is lost behind the movies structural issues.

The sequel introduces the new characters of Christians ex-lover Elena Lincoln (Kim Basinger) and Ana’s sleazy boss (Eric Johnson). Christians disturbed ex-girlfriend (Bella Heathcote), also makes an appearance and adds mystery and tension to the movie with her stalker-ish tendencies and unstable persona. However, despite Heathcote’s best efforts, the script writing didn’t dedicate enough time for her to reach her villainous potential. The climactic helicopter crash perhaps had the most potential to save the movies attempt at gripping storytelling but its handling was weak and abrupt, ruining the impact.

The films lack of focus means that by the end it’s almost impossible to establish how much time has passed between it and Fifty Shades of Grey, or even since the beginning of the movie. Let’s hope the third and final film, ‘Fifty Shades Freed’ will provide us with a bit of clarity.