Review: Beauty and the Beast

It’s a tale that’s old as time but Disney’s retelling of the classic fairy tale, Beauty and the Beast is nothing if not modern, fresh and above all enchanting. 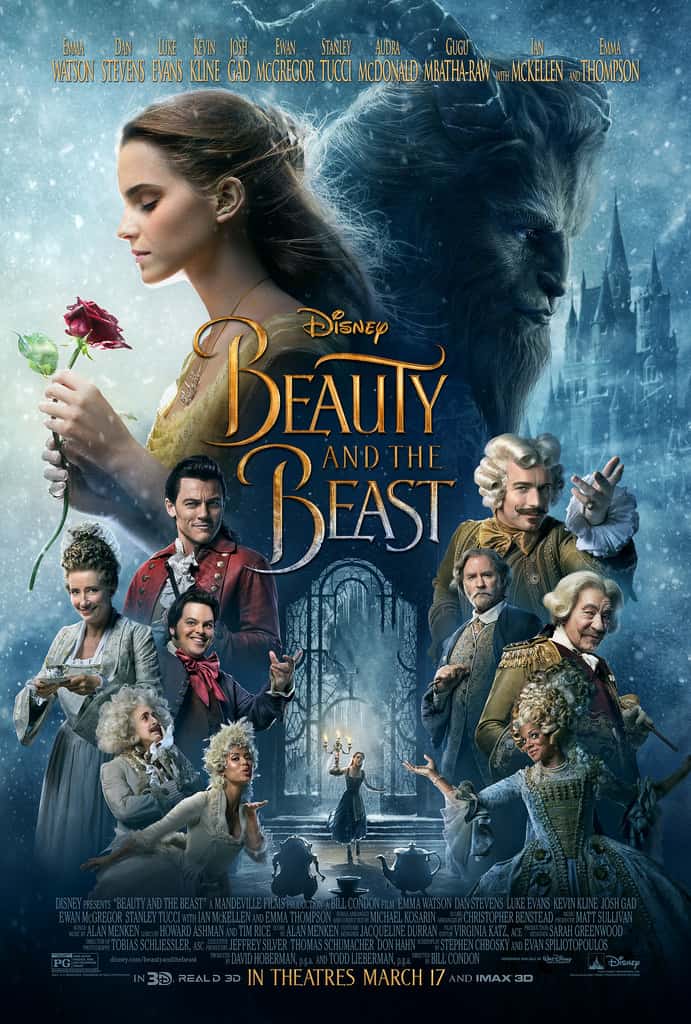 It was bittersweet and strange watching a film that I held so dear as a child be remodelled and reworked into this live action version, however director Bill Condon did not disappoint me.

Having directed the final two Twilight films, Condon was used to living up to high expectations of die-hard fans. Armed with three new songs, the film itself was a nod to the 1991 classic, keeping the same story line and all of the original songs whilst being epic in its own right.

Beauty and the Beast is a tale about a young French girl, Belle, in this case played by Emma Watson (Hermione from the Harry Potter series), who is sick and tired of her provincial life and, after a few unfortunate circumstances, ends up being held captive by a ferocious ‘beast’ (Dan Stevens, Downton Abbey).

The beast, of course, really happens to be a handsome prince under a curse and in the end, Belle falls in love with him and breaks the spell that was placed upon him and they all live happily ever after.
Very Disney.

Emma Watson is quintessentially Belle: fearless and defiant, and ahead of her time.
Watson’s feminist attitude shines through into the role, transitioning Belle from just another Disney princess to a character that young girls should relate to.
Belle, in some ways is the ‘Hermione’ of the Disney princesses, where she is defined by her ‘books and cleverness’ rather than her beauty, which is why Emma Watson’s casting is simply perfect for this character, if not a little safe.
At first, I had my doubts about Watson’s singing abilities and how that may ‘ruin’ the film, but I was pleasantly surprised as she carried it off with all the grace and elegance that she always has.

In fact, the whole casting was pretty much perfect. The all star cast included: Ian Mckellen as Cogsworth; Luke Evans as the brutishly cowardly Gaston, Josh Gad as LeFou, Ewan McGregor as Lumiere (although that French accent left much to be desired) and Emma Thompson as Mrs Potts, who did Angela Lansbury complete justice in her version of ‘Tale As Old As Time’.

Visually, costume designer Jacqueline Durran, did an outstanding job of capturing the essence of 18th Century France and it’s hard to believe just how far technology has come since the original 1991 cartoon film compared to the detail in the CGI of this version. Despite the film being set in 18th Century France, the issues tackled in the film are still those of the modern day, proving that a Disney film can cover just as much cultural substance as any other.

The new live-action version of Beauty and the Beast, is a breath of fresh air to the Disney collection, and is also actually really comical.
However, despite this, the remake is incredibly darker than the original by showing the characters seize up and become ‘antiques’ as the last petal falls- a particularly tear-jerking and shocking moment.
The film, however, provides more characterisation, with the Beast being a stand out example.
I don’t know if it was the humanisation of the character, with it being played by an actual human, rather than a cartoon or that little solo number towards the end but he evokes emotion and stimulates empathy more than the original.

With grand musical numbers paralleling Oliver, Les Miserables and The Sound Of Music, Beauty and the Beast is a perfect modern retelling of a classic fairy tale capturing the magic of the original 1991 film.
A beautiful nostalgia trip and a tale that really is as old as time.