Don Broco are no strangers to Newcastle. Last time they played in the city was at Riverside back in summer 2015, they loved us so much they played two shows — one for each of their albums, which they played in full, Priorities and Automatic.

Fast forward to 2018 and they’re back here, playing at the Northumbria Institute in February, along with a brand, spanking new album, Technology, which is released while they are on their headline tour!

They’ve spent most of last year releasing singles from the album, but it’s finally time for them to get back on tour and they’re bringing along their mates, Yonaka and Man With A Mission to join in the carnage.

Catch them at other cities of the tour on the dates below: 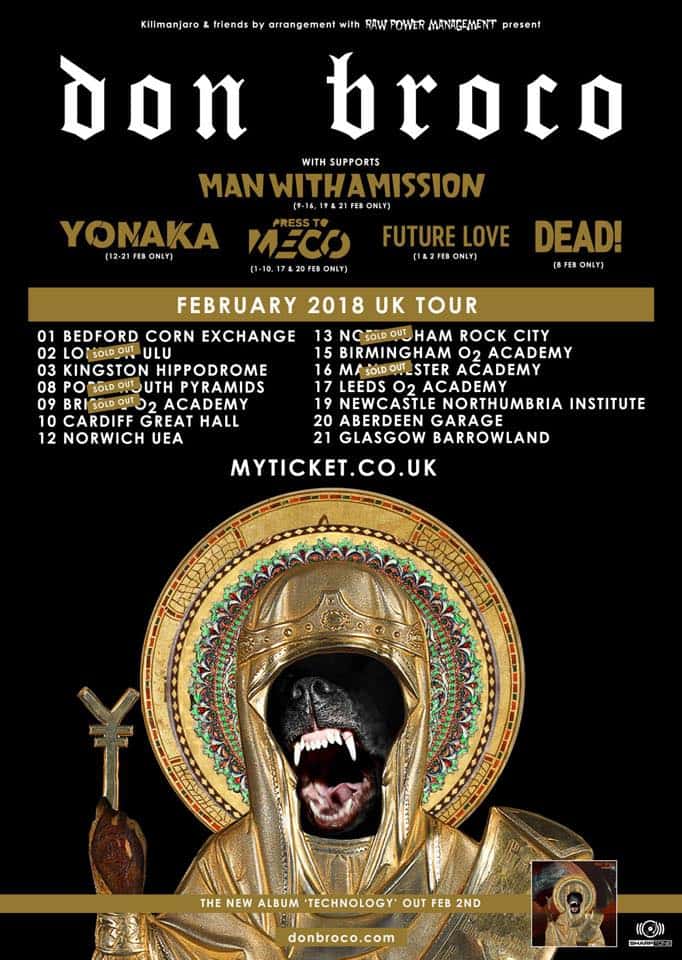