Four music acts from North East, England came together to showcase their talents in honor of International Women's Day 2018

Spotlight Music UK hosted their International Women’s Day Showcase at Independent Sunderland on the evening of Thursday March 8. The music event welcomed some of the North East’s talent, such as: Eve Simpson, Twist Helix, Chain the Phoenix and Human X.

The event — which took place on International Women’s Day — was certainly special.

This year recognises 100 years of Suffrage centenary, which is when the suffragettes succeeded in fighting to bring women in Britain the right to vote.

With social, political, cultural and economic achievements over the years, it’s only right that the year of the woman is celebrated to its full potential.

South Shields Singer Songwriter, Eve Simpson opened the gig with her song The Sonnets Are Asleep. Her velvety vocals left the audience stunned, as she juggled playing the acoustic guitar effortlessly to start with, before moving to the electric guitar.

Eve referenced the transition of instruments to the famous quote of “Do something that scared you every day” by Eleanor Roosevelt, saying “it scares the living daylights out of me.” 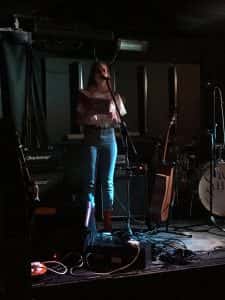 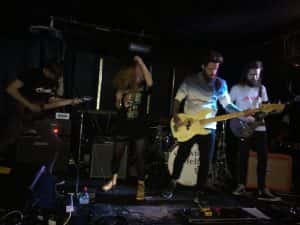 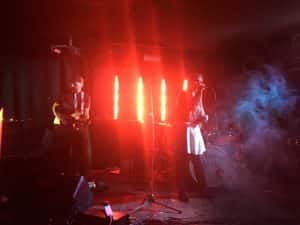 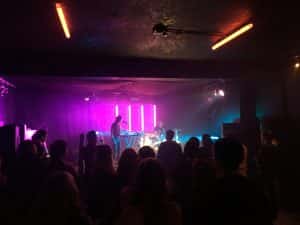 Rock band, Chain the Phoenix caused mayhem as there was a stampede of foot stomping, and heads rhythmically air banging, to their songs Troy and Fxxk You. One of the members described the song as “salty”, before moving onto a light sound that entwined the indie and dance style.

Human X — formed of Lindsey Brooks and Paul Clark — were consistent with what seemed to be a theme of relationships.

The emotive retro pop sound filled the entire rectangular black room and everyone’s attention in the room was captivated.

The chemistry between the duo was fascinating to watch. Dark Romance had the pitch perfect vocals of Lindsey, which was accompanied by Paul’s astounding electric guitar skills.

Refreshed and ready to roll, the audience was awakened by Newcastle’s Twist Helix. Demonstrating just how gifted women are, the lead vocalist also plays the keyboard, with no complications.

The band bring an 80s alt-pop vibe with their latest release Ouseburn. The reception was second to none as everyone’s cheers filled the room in appreciation of the drummer’s playing.

Bodies moved to each beat, phones pointed skywards and smiles evident all around was enough to conclude how these female fronted acts ignited the place. Each performer illustrated passion and uniqueness, that it was too hard to pick a favourite.