OMIGOD, OMIGOD YOU GUYS! (This is actually a song in the musical – don’t knock it until you’ve heard it.)

Legally Blonde: The Musical follows Elle Woods (Lucie Jones), beautiful and blonde, through a journey of passing tests to make it into Harvard Law School in the hopes of winning back her one true love, Warner Huntington III (Liam Doyle). In her attempts to be taken more seriously, she puts everything she has into learning law (eventually) with love the driving force behind everything she does. We all know there’s twists along the way. I’m sure if you’re interested in seeing the show, you’ve most likely seen the film. I saw it on April 16 at Sunderland Empire.

Former X Factor contestant Jones plays Elle amazingly. She’s bubbly, energetic and funny throughout the show. Even better, she sounded great during every musical number. She wasn’t breathy or nasally and her comedic timing was good.

Another good performance was by Bill Ward playing Professor Callaghan. He’s taken on the musical villain role a couple of times recently including during last years panto, Jack and the Beanstalk. I thought he was great, it might be worth giving up with the accent though. Unfortunately, an accent is something he can’t carry out very well. 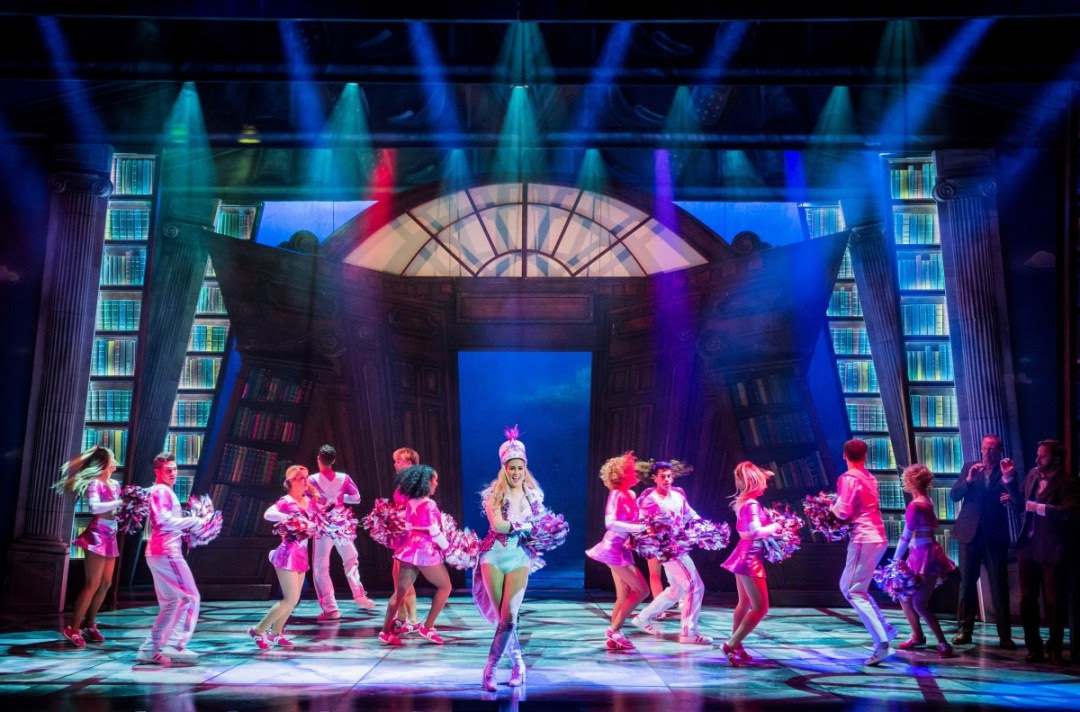 I’d like to take a moment to give appreciation to the entire cast because they were all amazing. Rita Simons gave a fiery performance as Paulette; David Barrett was the lovable Emmet and Doyle’s Warner was the second most hated character. Honestly, everyone in the show played their characters perfectly.

The soundtrack is outstanding, from the boisterous opening number ‘OMiGod You Guys’ to the emotional ‘Legally Blonde’ every single number was fantastic. I never thought I’d shed tears at Legally Blonde (as much as I love the film) but the musical number of the same title had tears springing to my eyes. The astonishing moment was watching Helen Petronova skipping throughout ‘Whipped Into Shape’ whilst she sang without missing a beat, it was incredibly impressive. I was out of breath just watching her.

Nothing has made me happier during a musical than seeing two dogs on stage. Bruiser (Bruisey) and Rufus (Frank) were complete show stealers with a chorus of ‘awwws’ from the audience whenever they came on stage.

I truly believe the standing ovation this show received from the crowd was thoroughly deserved. I don’t remember seeing as many people on their feet at the end of a show in a long time.

If you love the book/film, or just love a feel good musical you should definitely see Legally Blonde: The Musical. I would recommend it to anyone.