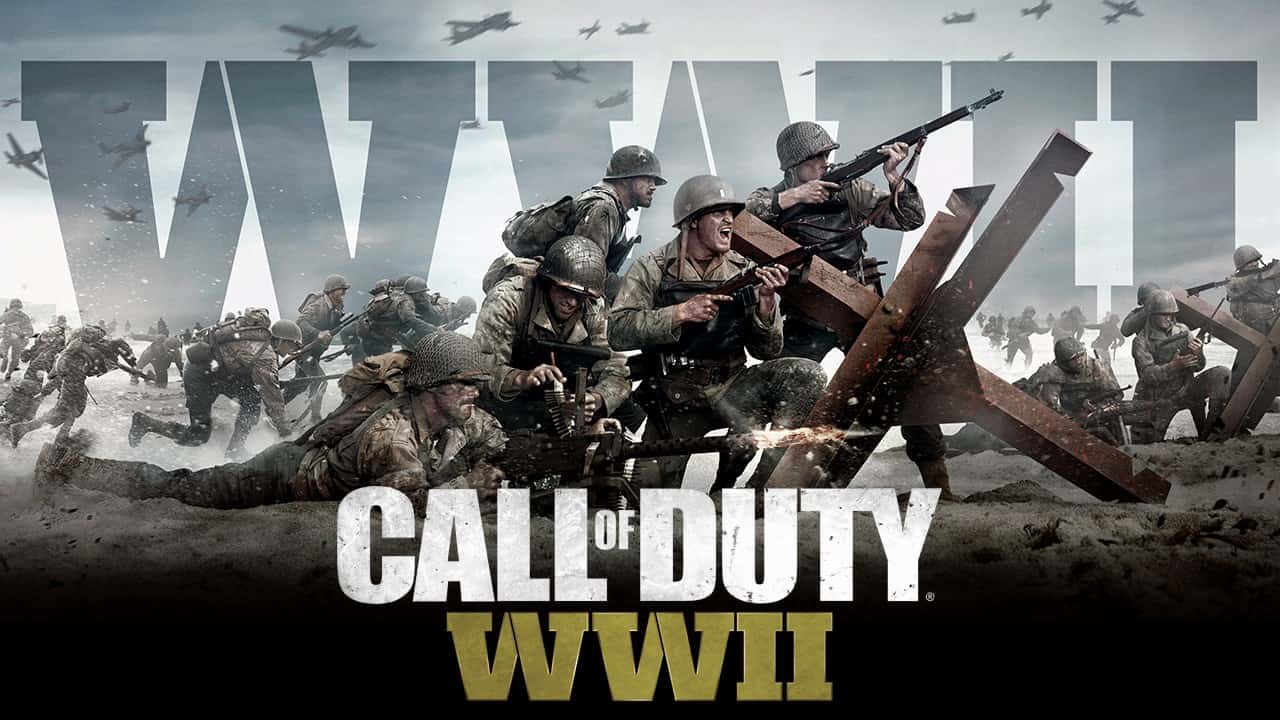 Call of Duty WWII is the 14th Call of Duty game and it sees the return to ‘old fashioned’ boots on the ground game-play, away from the futuristic super soldier route the developers have been going down for a few years now.

A much-anticipated game which has had a mixed reception with many people angry with some inaccuracies in the game (but this review will attempt to stay clear of any controversy), and some praising the game saying that the game has been made with care and it is a good return to the ‘boots on the ground’ format of older instalments.

Although the campaign is no longer the main attraction of a Call of Duty player it is still a big part of the game. Being based on real events, the creators were restricted in what they could do – but as this is a project the developers had wanted do make for a while, World War 2 is handled with care and respect of those who fought in the conflict.

The first mission sees you straight into the action on June 6th 1944 with the D-Day invasion of Normandy as you and your squad of the US 1st Infantry division, who are all stereotypical characters from the veteran ‘tough as nails’ Sargent (Pierson) , the corporal who keeps everything under control (Turner), the typical American gun-hoe soldier (Zussman), the college grad (Stiles), and the one who is just there for the ride (Aiello). Each have their own unique ability from handing you medical kits to ammo, grenades and mortars. However, the character development is somewhat lacking as it is only the main two who get any form of development Zussman and Pierson.

The campaign itself is a good story even if it has been told many times, of the allied invasion of Normandy and pushing through into Germany, levels can get a little repetitive with the same scenery and some formula but the developers make sure they keep you engaged with some standalone missions as the French resistance in Paris. Many fans will be pleased to know that one realistic feature making a return is that health does not regenerate so you have to find medical kits to heal, this hasn’t been seen in Call of Duty since Cod2 back in 2005. This adds a new dynamic into the game so all players don’t make rash decisions that could get them killed.

All in all the campaign is a new take on an old story that has great visuals and game-play, but can feel a bit ‘short and sweet’ and lacking in detail in some places.

The multiplayer is where the controversies lay, as historical accuracy is thrown out of the window to make way for the same old tired game that hasn’t been changed since Modern Warfare 13 years ago. Although they have tried to re-imagine the create a class system, in which you now have to pick from six divisions: Infantry, Airborne, Armoured, Mountain, Expeditionary, and Resistance, each offering their own unique perks and weapons, but this becomes a bit of a gimmick quite quickly. The game sees the return of old favourites such as the Thompson, M1 Garand, and the MP40. The guns in each class are mostly balanced however the combat shotgun seems to very powerful and many players have complained nut sledgehammer is good at working with the community and building on feedback.

There are only nine maps in the game, which is less than the usual 12. This to fit in the three war maps, this is a new game mode that is similar the Battlefield 1’s operations game mode, where players capture objectives slowly taking ground from the enemy, either at D-Day or in the Ardennes.   The maps are the usual three-lane set-up with players choosing to go down the left, right, and centre this is criticised by players who claim that the maps are too similar. The maps offer a good diversity from Winter, Forrest, Urban and Desert.

A controversial topic that has been lingering with several of the more recent Call of Duties is the ‘supply drop’ system in which a lot of the content is hidden behind an almost casino-like system of earning, or buying a supply drop and getting three random rewards, although WW2 has the most fair iteration of the system many people still claim the game is ‘pay to win’ with many of the high powered weapons locked behind a gambling system. Others say to include a loot box system is disrespectful to the veterans who fought as it exploits what was an catastrophic conflict to generate a bit more revenue.

In conclusion, the multiplayer is good if you want to switch off and have a bit of fun in an arcade shooter without getting too serious – but if you are looking for team play, tactics, and historical accuracy this game is probably not for you. If you are bored of the Call of Duty multiplayer formula by now then this game is not for you.

Zombies is a mode that this franchise has done to death, with four of the previous titles including a Zombies game mode. This time it is more tired than ever and although the developers at Sledgehammer have attempted to make a serious and scary version of a much-loved mode, it doesn’t feel refreshing and feels tacked on. The voice acting is good with the likes of David Tennant involved but the story is confusing and gameplay boring and is the same formula as the zombies from the last games.

This is a mode I would avoid, if you like Zombies play the Treyarch version on the Black Ops games as this game has drawn a lot of influence from them but failed in their delivery.

To conclude, Call of Duty WWII is a step in the right direction for many fans but for some it is the same old game with a different graphical skin and the developers have a lot more to do to get old fans back. But for a switch off, shoot ’em up it delivers on most things the player expects such as good graphics, variations of modes and great action.