Dr Who’s That Girl? A Preview with John Paul Green 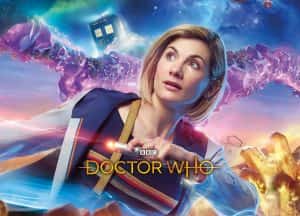 John Paul Green, a Film, Media and Cultures lecturer at the University of Sunderland, discusses the latest incarnation of Doctor Who ahead of the upcoming series.

And as the new series hits our screens on Sunday, 7 October, the thirteenth Doctor, Jodie Whittaker, takes over the TARDIS helm. John Paul welcomes this first female incarnation of the fictional hero.

“The why and how of Doctor Who’s success since 1963 is multi-faceted, however, the Doctor’s ability to regenerate, to change with the times, is key to the series’ success,” explained John Paul.

“Regeneration has allowed both the series and the character to rejuvenate itself, refiguring and re-enchanting the figure of the hero, and reflecting what was happening in democratic society. The character is its own reboot button in that respect.”

Though turning the character of the Doctor into a woman may have initially seemed radical, John Paul argues that the character has always been in step with the modern world.  Compare William Hartnell’s grandfather-like figure in the 1960s, during a time when society feared science and the young looked to their older peers for guidance, with the vulnerable and softer figure of Peter Davison in the 1980s, a time of fragmentation in masculinity and the resurgence of feminism.

“It’s a sad state of affairs that the casting of a female Doctor is seen as radical in some quarters. Given the Doctor is an alien, with the ability to physically change, I don’t see the issue with such gender fluidity.

“Under showrunner Steven Moffatt, audiences have already been introduced to the idea that Timelords can change gender and race. Missy successfully proved that the Doctor’s arch-nemesis, the villainous Master, need not be a male character.”

“The Doctor transcends boundaries – the show is about heroism, adventure and fun. The Doctor can succeed or fail on the strength of the actor and the quality of the scripts. Jodie Whittaker has proved herself a great actor, let’s hope the scripts are up to her ability.

“Trust her. She’s the Doctor.”