The Favourite Review – a second opinion 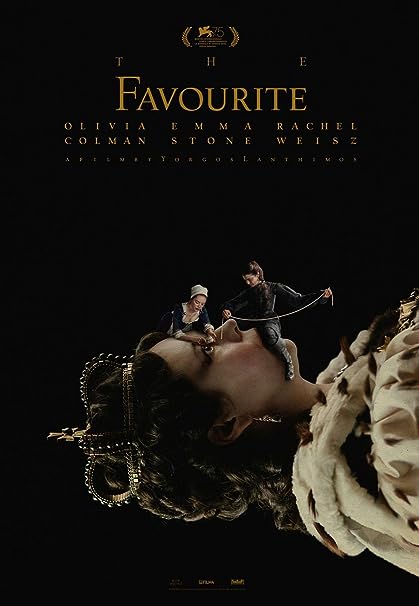 Is it any surprise that Yorgos Lanthimos’ new movie, The Favourite, is a hit? No, of course not, and let’s be fair it’ll earn itself Best Picture at the Academy Awards this year. Rightfully so as well, because in the face of the ever-looming awards season, this is by all means the best contender. The Favourite is indeed my favourite.

To push past the personal idolisation I have for Olivia Colman, her performance here is absolutely stunning. She controls her mannerisms and collaborates well with the direction in some extremely subtle and enjoyable ways. It’s an emotive performance, one that I had been waiting to see with Colman for some time now.

As far as the rest of the cast go, there are a whole host of familiar British faces. For fans of comedy shows such as The Thick of It and The League of Gentlemen, it’ll be a pleasant surprise to see James Smith and Mark Gattis in some rather prolific roles throughout. Nicholas Hoult also has a greatly written role as the Leader of the Opposition. They aren’t the focus of the movie of course, as Rachel Weisz and Emma Stone take centre-stage in a battle for the affection of Colman’s Queen Anne.

Weisz and Stone play puppet master style characters, both vying for power within the Palace. Lanthimos’ direction takes this to a whole new level though. Rather than being an expected tug of war, there are a number of twists, turns and surprises the whole way through. My only concern here though is that it leaves nobody to root for. We see these characters spiral into ugly, power-hungry animals, and that leaves nobody for an audience to connect with, it only leaves characters to revile.

Maybe that’s the point though, that’s certainly how I felt. Lanthimos has a tendency to avoid blatant heroism or obvious evil in a similar fashion to Tarantino, there aren’t always clear heroes and villains throughout. With The Favourite, the only aspect clear is that every character is out for themselves, and rightly so.

I can’t talk about this movie without mentioning the tremendous direction. Simply perfect, it’s a movie made for those of us that love and obsess over cinema. Awe-inducing camera angles, a style that combines the auteur originality of Wes Anderson’ early work with a dark, brooding flair that only Lanthimos can master so well. Dimly lit hallways stretching as far as the eye can see, with a set and costume design to tie it all nicely together.

If you can see one movie from the Academy Awards listings this year, then I’d suggest The Favourite. It is deplorably beautiful, creative and vivacious in its direction. With moments of both hilarity and drama throughout, it’s a perfect blend and possibly the finest work Lanthimos will ever produce and create.