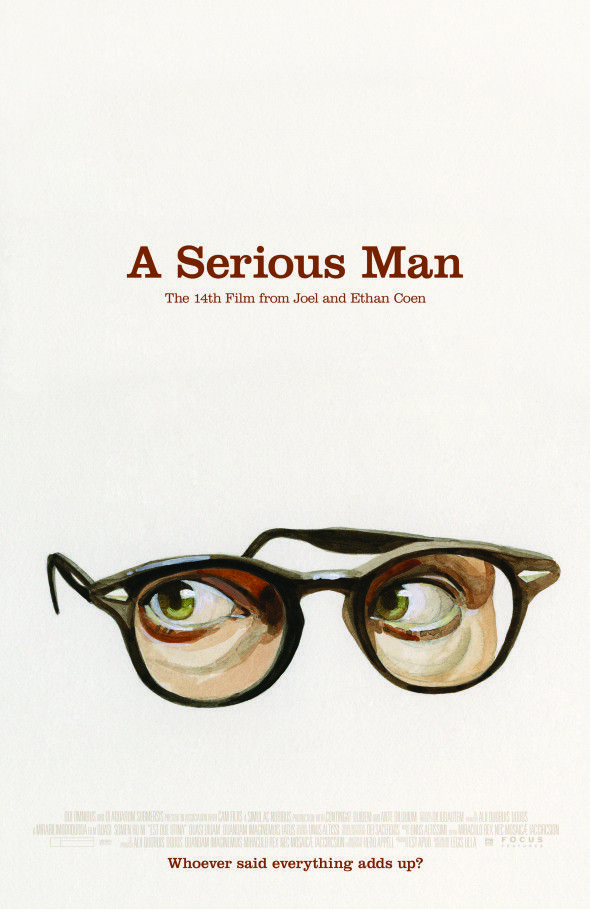 The Coen Brothers have always brought out consistently enjoyable movies. Most of their output is extremely enjoyable and highly regarded amongst cinema fans. But for me, I’ve never had the chance to sit down and watch all of their heavy hitting movies. A Serious Man was the one I was most hesitant about, coming hot off of the heels of No Country for Old Men, it was a lot to live up to. So, the real question is, does it manage to hold the high regard ten years on?

It’s an easy question to answer.

Yes, it does, and it’s by far the best work the Coen Brothers have ever produced. Michael Stuhlbarg may be a name you recognise, and his performance throughout the dark twists of A Single Man is what holds the film so well together. Jumping from contempt to sadness to frustration and panic over the course of a tight hour and forty minutes is impressive, and it’s quite honestly the finest performance of his career.

Much of the cast are in the same boat, recognisable by name and a limited run of television appearances, giving their best performances of all. Richard Kind (Scrubs), Simon Helberg (The Big Bang Theory) and Fred Melamed (Brooklyn 99) can be spotted in varying levels of prominence throughout the movie.  Each give superb performances, specifically Kind, with an ingenious performance that blends together the dramatic and comedic tones the Coen brothers are so well known for.

That’s possibly the strongest part of A Serious Man, the ability to blend the most well-known tropes of the Coen Brothers together in truly seamless fashion. Archaic ballads of comedy to introduce us, fairy-tale style subplots and an impressive, almost disaster movie-style ending that leaves a lot open for discussion. The perfect blend of terrified drama and dark humour (by far superior to the likes of Fargo in that regard), A Serious Man’s strength is it’s both realist and dreamlike.

A film that completely makes up for the disappointing Burn After Reading, the Stuhlbarg led comedy drama is a riot of fun, packed to the brim with your expected Coen tropes and some nice set pieces and character development. It’s one of the few movies out there that can work both on surface level and with the deeper meaning attached.