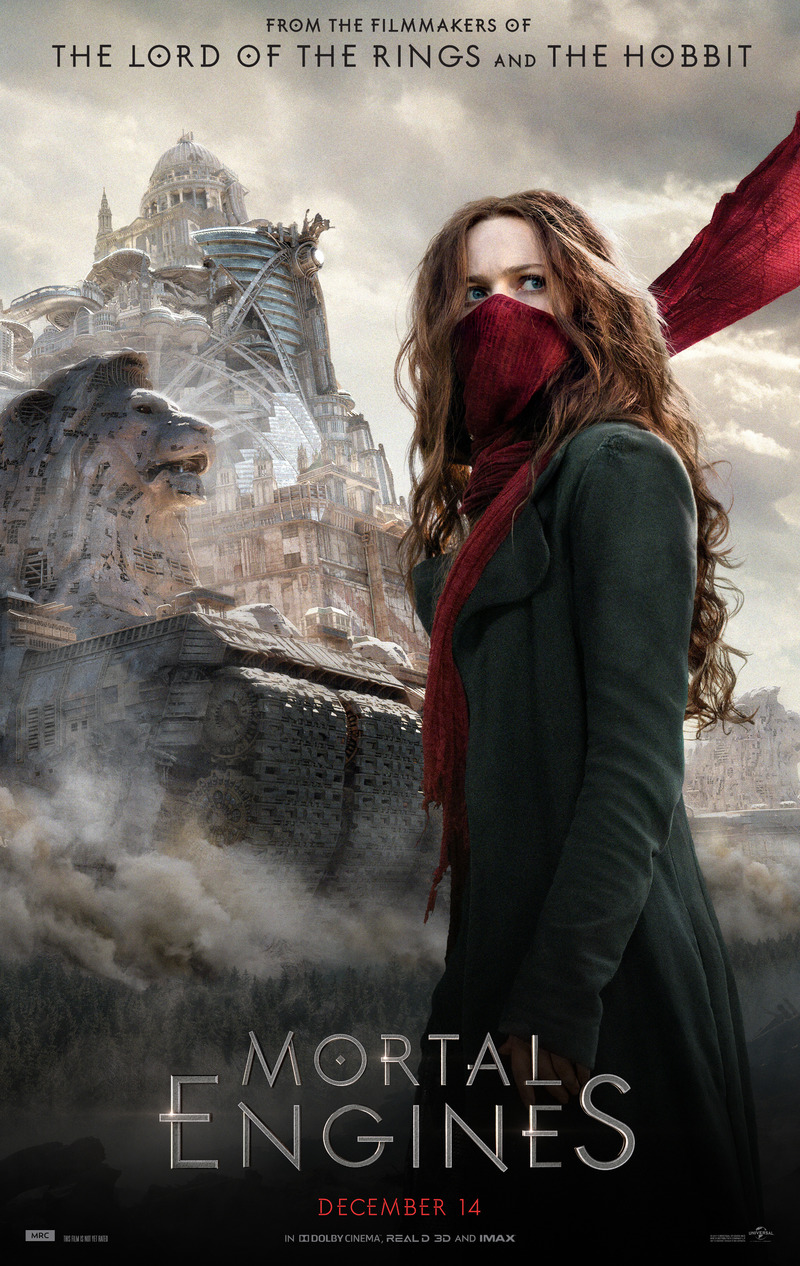 Whatever happened to the glory days of Peter Jackson? Ever since he cranked out the universally acclaimed Lord of the Rings trilogy, he seems to have gone rather quiet, off-grid even. His attempt at rebooting King Kong didn’t sit all that well with me, what with the almost three-and-a-half-hour runtime and leading Jack Black performance, so it’s safe to say Jackson hasn’t got the best modern track record. But here he is, producing movies that arguably nobody asked for.

He looks to continue this lacking trend with Mortal Engines, a film so bland and dull that I felt like I’d already sat through it before I’d even begun. There are so many clichés and unnecessary plot points throughout it feels like director Christian Rivers was throwing darts at a board to decide on when and where his characters would end up.  Some forced classism, family ties and sad backstories are crammed into the script to make out that these characters have any charm or personality to them whatsoever.

Hugo Weaving is the saving grace of an otherwise horrific time, Weaving is always a delight. He’s always had that friendly face yet villainous motif about him, it’s what makes him work so well in films like The Matrix. Weaving being the saving grace of this movie, it’s nice to see that he’s given plenty of time to mull about, clasping his hands together and rubbing them in meticulously tested villainous ways.

There’s a scene in this movie where a character is worried that the vibrations of the moving city will knock over their “American deities”. The camera pans to reveal these two deities are large statues of the Minions from Despicable Me. I really wish I was making that up, but it’s a mere six minutes and forty seconds into the movie if you’re so desperate to see for yourself.

But, aside from obvious plugs for the studio that brought us the two projects, Mortal Engines does very little to make itself stand out.

At least alongside this worldbuilding we do have some entertaining enough CGI, which brings to life an otherwise dead concept. Seeing the giant machine-like villains is basically like watching an elongated episode of Robot Wars, where every five minutes the action is paused so that everyone can discuss why the robots are fighting each other. But the only problem there is that I don’t think anyone really cares: not the cinema-goer, the writer nor the director really, truly cares about why these giant robot cities are fighting one another.

As the movie drones on, it becomes rapidly obvious that Jackson is trying to provide us the same level of worldbuilding that he provided us with Fellowship of the Ring, and although I appreciate how hard an effort that must be, it’s unnecessary for a project like Mortal Engines. Although its world building is probably its only merit, the overall tone and performance of those involved on and off screen is just worthless.

This is what Pacific Rim would look like if the real enemy was Hugo Weaving brandishing a really large, golden telescope.