Back with a Bang! Line of Duty Series 5 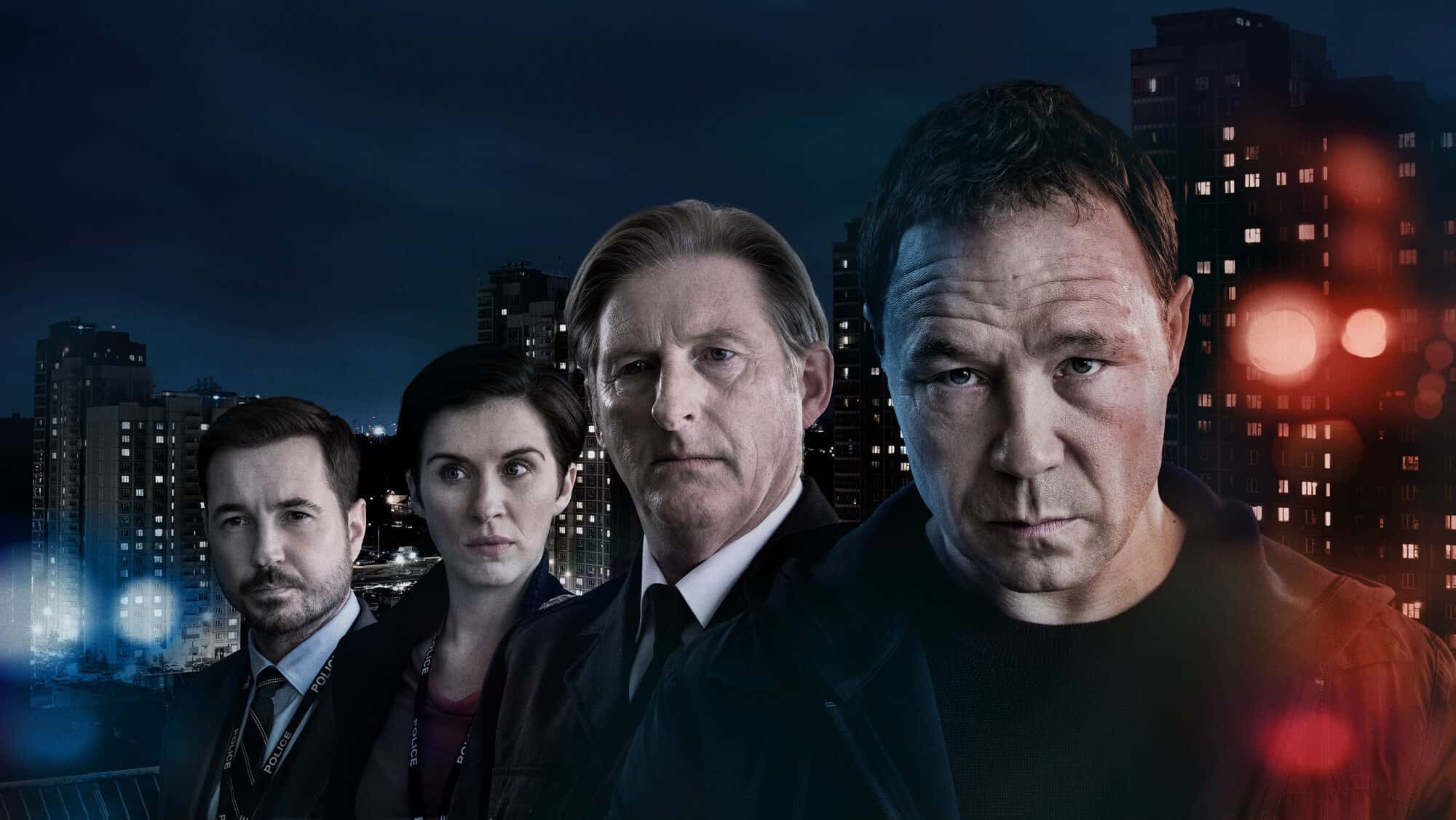 Intrigue. Suspicion. A plot twist. All of these things can only mean one thing: yes, Line of Duty is back!

Series 5 of Jed Mercurio’s police drama about catching bent cops kicked off again on Sunday March 31, much to the joy and anticipation of fans.

Series 4 ended with a shot of Superintendent Hastings (Adrian Dunbar), head of AC-12, looking incredibly shifty in the aftermath of an operation to catch the bent cop known as ‘H’. We were led to believe that ‘H’ had been killed and that was the end of things, however Hastings may not be as clean cut as we’ve been led to believe and so every move he made, everything he said in the opening episode of the new series is being questioned by fans.

Also back are Detective Sergeant Steve Arnott (Martin Compston) and Detective Inspective Kate Flemming (Vicky McClure) who just work wonderfully together onscreen, especially in interrogation scenes and both actors are just a joy to watch. Their partnership has developed from them suspecting each other to trusting and respecting one another, and because of this fans can tell when one or both of them are getting suspicious of something.

Stephen Graham is a newcomer to Line of Duty who joins the cast as John Corbett, aka the elusive Balaclava Man.  Graham is a fantastic actor, turning his hand to whatever is needed for his characters. Having recently played the part of a police detective in ITV drama Little Boy Blue, it is interesting to see him play the part of a criminal- though he does this incredibly well.

Viewers may remember that Arnott had a run-in with Balaclava Man not too long ago, leaving him injured and in a wheelchair for a long while; once he comes face to face with the man who did that to him it will be interesting to see how Arnott reacts. One thing for sure is the chemistry between Compston and Graham on-screen will be electric.

Line of Duty is one of those dramas that leaves you scratching your head at the end of its episodes.  We shouldn’t be surprised though – Jed Mercurio is the brainbox behind recent drama The Bodyguard and we all know how that ended! Line of Duty is set to be no different: episode 1 already left us with a massive plot twist (no spoilers from me!) so what else could the creators possibly throw at us? Only Mercurio knows.

One thing that is different in this latest series is we do not really know what is going on. In previous series the corrupt officer is shown at the beginning of the first episode so that viewers know who it is, but the AC-12 detectives do not. However, this time around we have no idea who the corrupt police officer is, we are just as clueless as AC-12 and that is truly exciting.

Now the viewers can be sofa-detectives, trying to work out what is going on at the same time AC-12 are. While this concept is not new in TV detective shows, it somehow feels revolutionary here.

Everything we thought we knew about the characters has been turned upside down. We suspect everyone we once trusted. We’re left questioning whether anyone is truly a straight copper. One thing we do know for sure is that, if episode 1 is anything to go by, we’re in for a lot more twists and turns. So buckle up – Sunday nights are never going to be the same again.

Line of Duty is on every Sunday on BBC 1 at 9pm and you can catch up on the first episode now on BBC iPlayer.