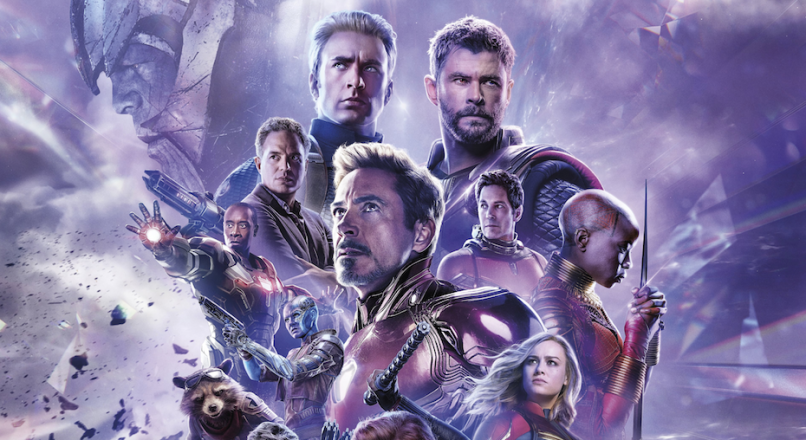 What more can be talked of about Endgame that hasn’t already been said? I guess nobody has called it contrived fan service, pandering to obsessive fans that acclaimed it the day it was announced. Because that is, in a nutshell, what Endgame was tasked with doing. Wrapping up ten years’ worth of storylines is no small feat, but with the promising set up that Infinity War offered, there was very much a sense that Marvel could pull this off.

But conglomerate studios such as Disney have a thing for putting profit first, and their intrepid can-can of recognisable superheroes is one of the many problems that plagues this decade long storytelling experience. Most Marvel movies tend to have the same amount of depth that a game of snakes and ladders holds, but with Endgame, there was initially something on the line.

It’s hard to settle into a story where you know the outcome already. Even without spoilers there’s a predictable trend that the cast of characters offed in Infinity War would rear their ashen heads once more. Marvel wouldn’t kill off half of their superheroes, it’s bad for business. In reality then, the entire premise of Endgame is retconning Infinity War.

A hefty chunk of the performances throughout are truly poor and unfortunately bland. Thor’s characteristics are such a shift in tone that it’s uncomfortably comical to see him as this overweight hero turned loser character. He’s a walking throwaway joke that gets some of the most crucial and important scenes of all. It’s a strange mix that doesn’t work and the beer jokes run rather dry extremely quickly.

Black Widow, for how important she’s meant to be, once again shows why she and Hawkeye haven’t had their own films just yet. The two need more growth, and while Endgame does a good enough job of that, it’s too little too late. Especially for Black Widow, who is offed more or less right at the end of the second act in tremendously petering fashion.

Oh, yeah, spoilers by the way.

The rest of the cast fare no better. From Hulk dabbing his way through his culmination as a character to Captain Marvel showing up for fifteen minutes to serve as the “secret weapon”. The secret weapon turns out to be sloppy CGI that shows up to kill a bit of time. The action wasn’t even all that good, and I struggle to think of one highlighting point that stood out from the rest of the movie. Hell, all the scenes in the movie are pretty much your standard Marvel set pieces – an array of muddled and poorly paced shots that blend “humour” and “action” into one.

It’s not all bad though, as a handful of characters do receive fairly well written arcs. Paul Rudd’s performance as Scott Lang is shallow but he offers up enough funny moments to string a few slow burning scenes together. Robert Downey Jr. is once again strong enough to carry a leading role, yet some of his dialogue and interactions with characters and focal plot points could really use some work. Solving time travel in just an evening or two, it sounds more like bad writing than the genius of the character. You can’t mock movies for their representation of time travel and then do the exact same thing.

What a cop-out the time travel angle was. There’s really no other way of pulling a good story out of time travel these days and Endgame’s only solution is to revisit the movies of the past and borrow some infinity stones.  What follows is confusing, isolated and downright silly writing full of contrarian plot holes and sight gags that will make uber fans of the series shriek with excitement. Every call-back, re-appearance and catchphrase will elicit a strong response from those who are interested in the trivial visitations of the series as a whole.

That’s by far the biggest problem Endgame has. Poorly written, trying to cram in as many pieces as possible to no end. A lot of plot holes and shoddy pacing crop up from time to time, and rather than explain it to the audience, they’re pretty much hidden under the rug. As far as the Russo Brothers go, they’re not the best directors. Personally, I feel they peaked with the pilot episode of Arrested Development, but to think they offer up anything new in Endgame would be foolish.

It’s all the same superhero tropes that Marvel have carried the torch for now for over a decade: shockingly dull fight scenes that would be visually impressive if the camera could stay still for a moment; dialogue and character interactions that boil down to joke, plot point, joke, end scene.

No different to the oldest of Marvel movies, showing similar tropes to every other movie in the series, Endgame is a dismal affair that leads to one of cinema’s biggest projects in modern history ending on a dud note.