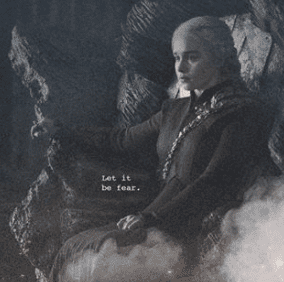 Winter arrived, people died, Cersei took a ‘crushing’ blow and now our watch has ended. Here is our final weekly review of Game of Thrones.

First off, if you haven’t seen this week’s final episode of Game of Thrones, two things: Why did you open this review? And why haven’t you watched it yet?

Consider that your spoiler warning.

Starting straight off after the events of the previous episode (The Bells) in the aftermath of Daenerys Targaryen’s (Emilia Clarke) actions, it really shows the type of leader the Targaryen queen is and what she will become. Within the first few minutes, we dee Dany order Greyworm (Jacob Anderson) to execute the remaining Lannister soldiers. Like Jon Snow (Kit Harington) and Ser Davos Seaworth (Liam Cunningham), we are left to wonder why?

After finding the dead corpses of his brother, Jamie Lannister (Nikolaj Coster-Waladu) and sister, Cersei Lannister (Lena Headey), Tyrion (Peter Dinklage) throws away – literally – his role as the hand of the queen. To be fair, I don’t blame him: he’d requested that Dany’s attack would stop if the bells of King’s Landing rang out in surrender and, instead, Dany indescriminately burnt down thousands of people.  Inevitably though, this led to his arrest for treason, following on from him freeing Jamie in the last episode.

It was interesting to see that Drogon either stayed in the exact same spot for a while or was smart enough to disguise himself, as we see him guarding the entrance to the remainder of the Red Keep under a blanket of snow. Bear in mind he is a huge BLACK AND RED DRAGON.

Daenerys basically turned into the female version of the mad king this season. This was solidified, in my mind, when she saw the Iron Throne. The way she looked at the throne was like she was addicted to the power that came with it, in some way, a bit like the way Gollum went on about the ring in Lord of The Rings.

However, it was a surprise to see her being killed off by her lover and nephew, Jon Snow, who put a dagger in her chest (her achy-breaky heart – literally). In all honesty, I thought Jon was done for when he killed Daenerys and Drogon could be heard flying around. I basically sat on my chair, eyes wide open, shocked and feeling like this:

Does that make Jon the Queenslayer now? Like Jamie Lannister was known as the Kingslayer (after killing King Aerys II Targaryen)? Hmm.

To be honest, I was very surprised to see that Drogon didn’t execute Jon for killing Dany. Then again, would he even die? Daenerys could walk in a building on fire without dying, so could he? Meanwhile, understanding fans have taken to Twitter to give their reasons on why he didn’t kill Jon:

Drogon knew it was iron throne not Jon Snow that killed his mother.#GameOfThrones #TheFinalEpisode pic.twitter.com/P5UN36HEEP

And another mocked Drogon for burning down the Iron Throne to molten metal:

You have to wonder, how hot is dragon fire? Apparently, it can burn down an iron throne in SECONDS.

It makes a small time jump after that (a couple of weeks), with Tyrion being put on trial for treason by a new council of Lords.  Meanwhile, Samwell Tarly (John Bradley) was mocked for bringing up the prospect of democracy as they chose a new King or Queen of the six kingdoms of Westeros (Sansa – Sophie Turner – will rule the north as an independent kingdom).  It was nice to see Tyrion stand up with Sam on this matter.

This then leads to the appointment of Bran being named as King of Westeros, solely based on the fact that Bran has an interesting life story. However, even if he was arrested for treason (killing Daenerys), I do believe Jon Snow had a better story and I have several reasons why:

Although fans were on Twitter, once again, to joke about the show’s decision for the new king.

Bran during 8 seasons knowing he will be King #GameOfThrones pic.twitter.com/vp87VhXsbV

As mentioned before, Jon being arrested for treason. It was annoying to basically see him go full circle, ending up back at the Nights Watch, where he was situated in the first half of season one. Although, he did redeem himself for what he did back in episode four (The Last of The Starks), where he ignored dire wolf, Ghost. For some fans, this was the only reason why it ended on good terms for them.

For me, the show didn’t end well. The ending could have been better, all it showed was Jon and Tormund Giantsbane (Kristofer Hivju) wondering off, north of the wall, with a group of Wildlings. In retrospect though, this did end the show the same way it started.

Though I only really joined in as the fifth season was about to air (after binge-watching the 1-4 season boxset on Sky, if I remember correctly), for the love I had watching this show, enduring all of its shocking twists and turns, sitting through hours of watching horrible villains do their worst to people (YEAH I’M LOOKING AT YOU, RAMSAY BOLTON), this is how I, personally, wanted the show to end:

This is how Game of Thrones should of ended. Jon Snow sitting on the Iron Throne saying: #GameofThrones #GameOfThronesFinale pic.twitter.com/CM3n3WtVwS

I guess this is it. It’s the hand we have been dealt and we are just going to have to deal with it. All that is left to say now is:

ALL HAIL BRAN THE BROKEN.