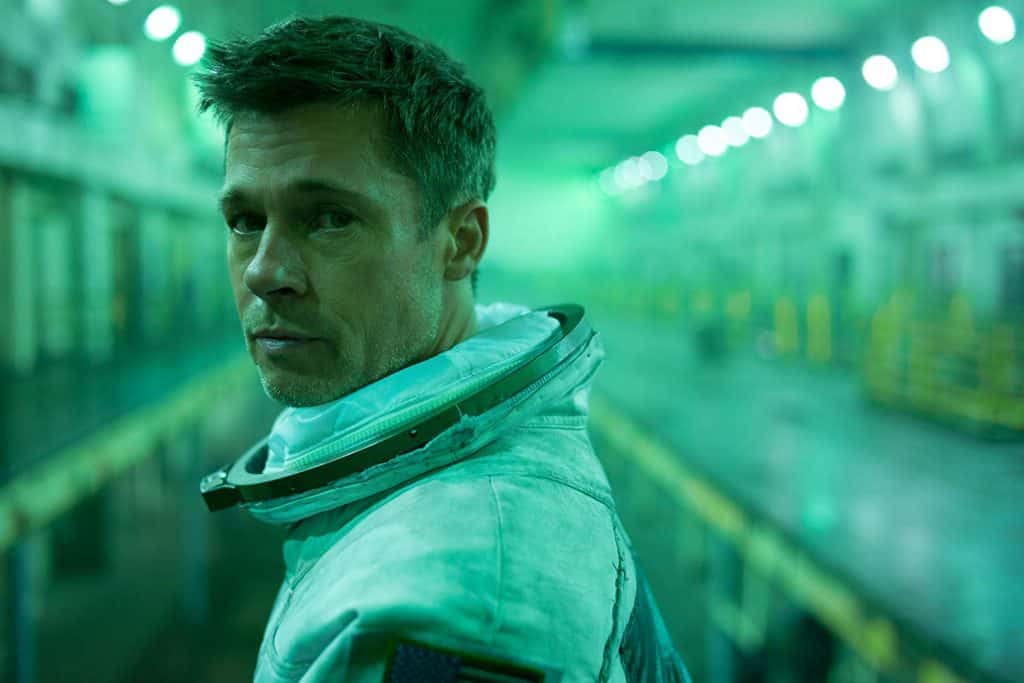 The ever-looming awards season is upon us, gather your provisions and prepare for what will, in turn, be a hopefully great few months for film. If you’ve seen as many films as I have from this year, you’ll hopefully be as concerned as I am. Ad Astra felt like a beacon of hope in an otherwise bleak year for film, which has seen the likes of Men in Black: International, Booksmart and The Hustle as experiments into just how bad a blockbuster can really get. It’s a tremendous surprise that Ad Astra joins a group of films that can only be described as ‘underwhelmingly mediocre’.

Brad Pitt stars in what should’ve been his stellar, talked about performance for years to come ordeal. His performance as Major Roy McBride, an astronaut who sets out on a classified mission to find his father, works like clockwork. The role here, although blatantly the protagonist, feels more like a cog in a bigger machine. What that bigger machine is exactly is beyond the grasp of me, especially since it’s not exactly shown to be anything bigger than McBride. For such a central and leading character, Pitt really does give a solid enough performance, unfortunately falling a tad short of what I know he can provide us. Relying more on emotive stares and gestures than dialogue, he balances professionalism with a family tie rather well, and is fortunately one of the few bright sparks the movie has to offer.

Although he is truly limited in what he can do, the brief and sporadic appearances of Tommy Lee Jones as McBride’s father, Clifford, is some of his best work in years. That being said, the most notable piece of film Jones has provided us with in some time is Lincoln, which released way back in the twinkly eyed year of 2012. Limited to a few pre-recorded pieces of plot fodder and filler, Jones does the best he can to portray a man seemingly on the edge of insanity. He does so well, and a few award nods towards him and his brief role here wouldn’t be surprising. It’s wishful thinking, but it may show somewhat of a minor resurgence for Jones’ career.

But that is, in effect, all that Ad Astra has to offer. Everything else it provides has either been done better elsewhere or is so completely unfinished that it’s not worth sticking with it until the bitterly useless end. Director James Gray focuses a great deal on making his film look good, but ultimately the balance between style and substance is lost to style. While we have some beautiful shots of Mars, Earth and the Moon to look at, any competent storytelling mechanics are lost to an array of colourful cinematography and lighting effects.

The very basic storytelling mechanics of “Brad Pitt finds his father” is about as foundation level as you would expect. The film doesn’t grow from there, and sticks to a strict and monotonous rail of problem after problem. McBride finds himself in growingly dangerous situations, each more oddly placed than the last. He’s attacked by space monkeys, left off of the mission after growing too emotional (the first time we ever see any emotion from Pitt is this scene) and inevitably deals with the fallout of the revealing details of his father and his work.

It’s a film full of blanket statements, so generic that I’m glad they didn’t go into further detail. At the same time though, Ad Astra’s main flaw is a lack of time spent on its underlying subject matter, instead we see a series of disconnected caricatures that vaguely relate to one another. McBride’s need for connection is shown only through hinted flashbacks, back to a time when he was happier. There’s no depth, no real feeling of fulfilment, and no point in watching this miserably mediocre voyage through space.