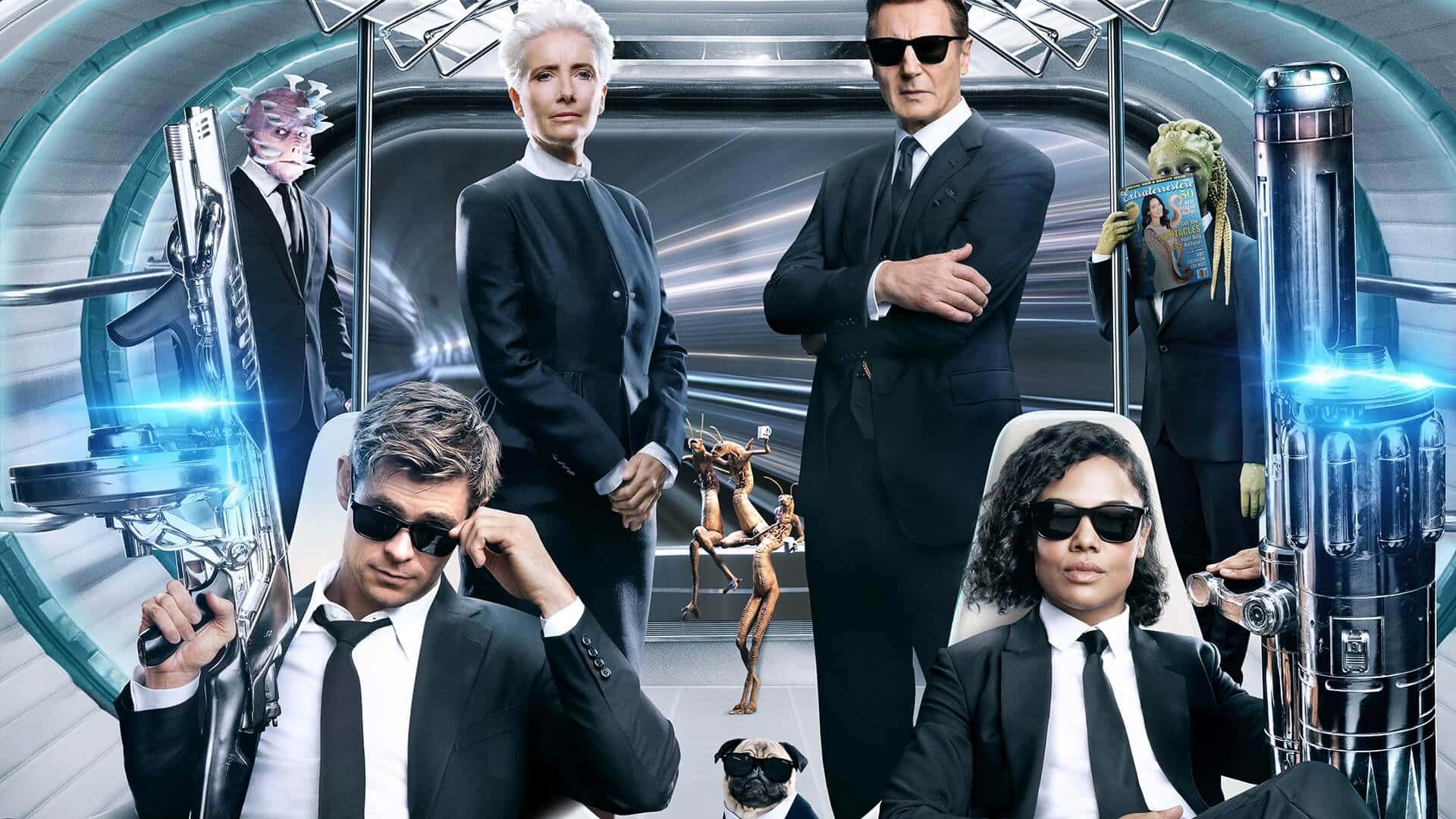 Dormant franchises are best kept as such, but in the modern world of reboots and remakes it was only a matter of time before the nostalgia glazed army of teenagers would succumb to a remake of the Tommy Lee Jones and Will Smith led Men in Black series.
But nostalgia wears thin rather quickly, like a veil made out of toilet paper it only masquerades so much, and Men in Black: International is stuck between impressing newcomers of the series and peddling merchandise and Easter eggs to those returning for their fix of charming alien action comedy.

It’s a shame then that they forgot to add the comedy in, with Men in Black: International furthering the theory that modern comedies are as bad as they come. Not holding any nostalgia for the Men in Black series whatsoever, it’s hard to see why they’d want to remake or even reboot this film franchise. I presume they were looking to replicate the success that the original had at the box office, but for that to happen you need to make a film that’s either just as engaging or at least one that expands the universe it creates.

Men in Black: International does neither, with the Tessa Thompson and Chris Hemsworth led project leading to a blundering car crash of a film. There’s no worse feeling when watching a movie than boredom. Even the worst films imaginable have some sort of aura to them, like you’re staring at a strange animal at the zoo. The latest Men in Black film is snore inducing. Uninspired garbage that tries to cling onto the train wreck that is modern comedy, full of the same gags the original trilogy held, but with the edgy subversion you’d come to expect from a soft reboot.

Leading stars Thompson and Hemsworth fail to do anything with a mismanaged script of one liners and jovial bonding. Their chemistry is loose and flailing, and it’s hard to care for either character since it’s so cliché. M (Thompson) is the new agent in town, and pairs herself with Agent H (Hemsworth) in scenes that feel so formulaic and forced you’d be hard pressed to care for either of these characters. Their mission is to do something or other with this alien tesseract thing, and stop it falling into the wrong hands.

It’s never good when moments after leaving the theatre you simply can’t recall the base plot of the film. Then again, I don’t think the cast care for much of it either. Liam Neeson’s relative brilliance in his other film projects seems redundant here, in his typical high ranking, sneery faced Agent High T, which I feel was meant as a joke but I’m not sure to which audience “High T” caters to. Either way, his inclusion is questionable given his prominence in decent films of the past few years. The same goes for Emma Thompson, who shows up for two or three brief scenes as Agent O.

Sadly missing then is everything that made the original so middle ground. The strict and stern charisma of Tommy Lee Jones paired with the up and coming amazement of Will Smith is lost to the void when both characters are so firmly rooted in their beliefs. M hasn’t got a single question to really be asked, seeing an alien as a child and never denying their existence. That alien, in turn, turns out to be pretty important later on in what I can only describe as some of the worst writing I’ve ever seen put to paper.

At least the special effects are good, but then again that’s what you can expect from the big Hollywood blockbusters, and CGI is no longer eye candy but a staple of every film to release. It’s losing its wow factor rather quickly when you can peddle out films like Men in Black: International and call it quits. To be frank, the only good thing about the movie is the design of the villainous “Hive”, which we see only briefly in the closing finale of the movie.

Redundantly boring, to the point where I’m surprised I managed to make it through the whole movie. Men in Black: International is a landmark in highlighting how ineffective the soft reboot sequel can be, with a bland collection of characters that range from “doing their job” to “awful”, it’s a film that you should avoid at all costs. Pass the neuralyzer, this is one film you’ll certainly want to forget.