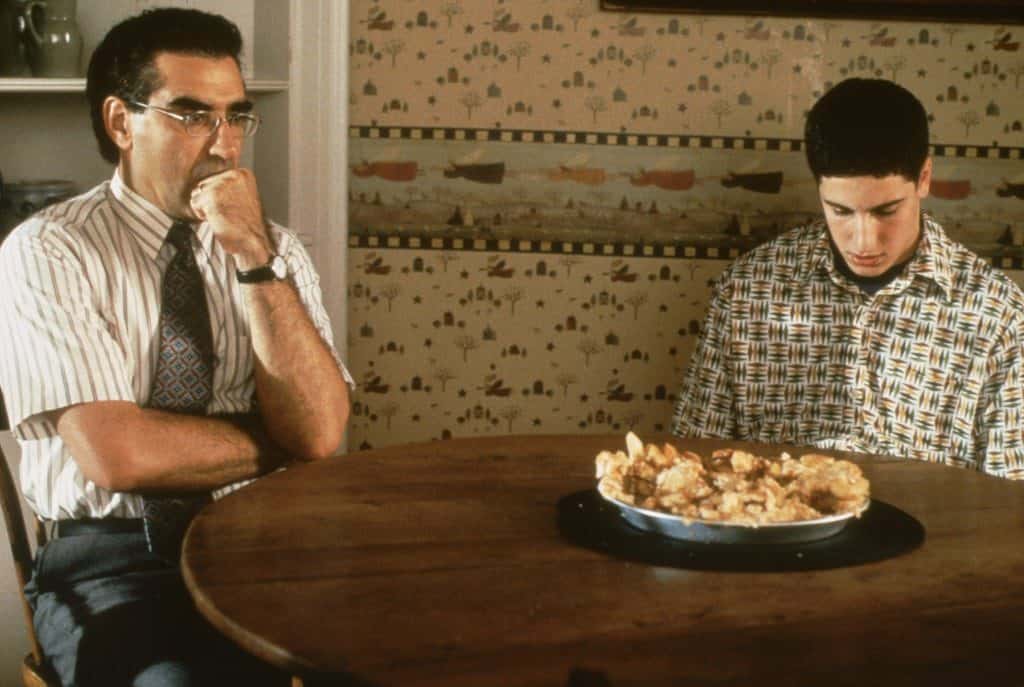 The coming of age genre has put me through some sufferably horrific experiences. The likes of The Edge of Seventeen, Booksmart and The Perks of Being a Wallflower have been experiences I wish to never find myself put through again. I get the feeling that the love for the genre will be alive for a while longer though, and unfortunately that means I also must take an interest in the popular trend of the year. With that in mind, it seems like an ample time to head back to films that were fairly responsible for kickstarting such a trend. American Pie is arguably one of the films that did this.

It makes sense if that’s how it happened; American Pie is the very definition of mediocre. The film, not the Don McLean song or the food item, but the movie, that’s just about as generic as it gets. Shock value comedy where the value comes from how blatantly redundant or edgy the humour tries to be, without much success either. It’s a true oddity that people consider this one of the better comedic movies to come out of the States, when in actual fact it’s a culmination of trendsetting stereotypes that have leaked their way into films over the past decade as blatantly as ever before.

Following a group of high schoolers trying to lose their virginity before prom, American Pie follows the tried and tested “penis jokes are funny” formula to the letter as many times as it is humanly possible to do in what becomes the longest ninety minutes ever put to film. If it weren’t for the great supporting performance of the great Eugene Levy, there’d be nothing American Pie had going for it whatsoever. Jason Biggs leads a cast of formerly famous American faces including Tara Reid and Sean William Scott. I wonder if a bit part on Scrubs and a sequel to Goon was worth the respective efforts they both put into this abhorrently useless film series. Probably not.

American Pie is banking on the sheer shock value and gross out humour that it veers more toward the Epic Movie variety of comedy, rather than that of smartly written, well timed performances, the likes of which can be found in Superbad and Harold and Kumar Go to White Castle. Instead, it relies on stereotypes and frequently used tropes that have given the genre a bad rap. It’s inherently boring and oddly charmless, especially for a film targeted at my generation. A real strange piece of mediocre film, one that spawned a great deal of sequels, prequels and spin-offs. I can only assume they get worse.