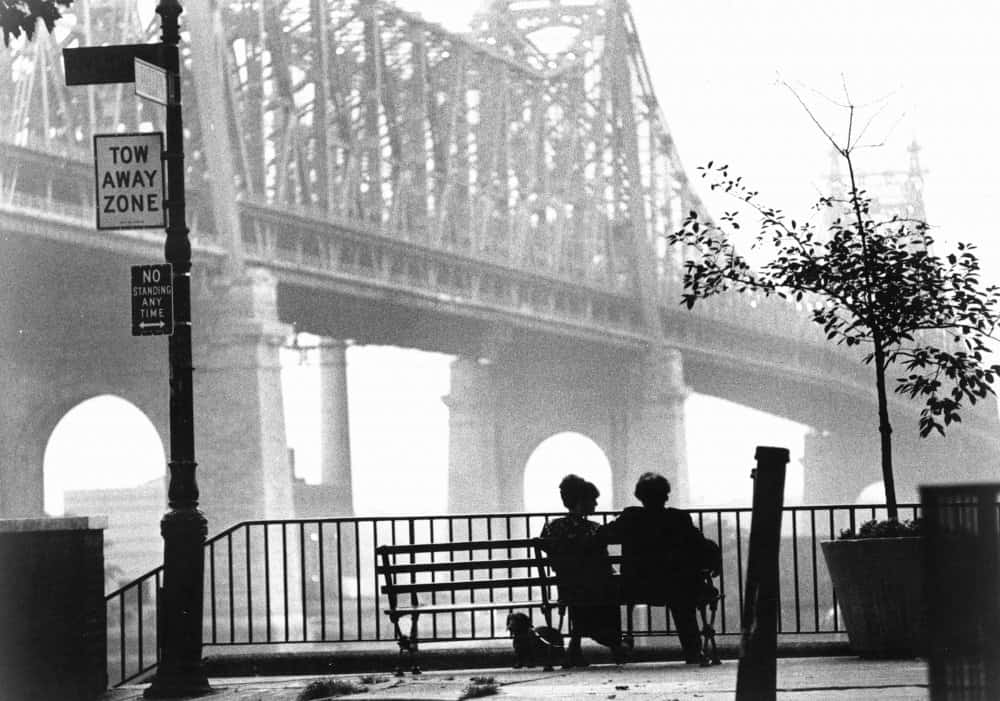 Woody Allen plunges us once more into the heart of New York, experimenting with black and white cinematography and neurotic middle classism. It’s a systematic exploration of love and discovery, as many Allen films are. Once you begin to notice the near replicant style of his work, Allen’s charm fades somewhat, and films like Manhattan should’ve tapped into something so much deeper. A handful of times they most certainly miss the mark, but for the most part Allen’s literal love letter to New York is a strong enough exemplary piece of his work.

I’ve always preferred Allen’s work when he is both starring and directing, so to see him right at the very forefront of Manhattan is a comfortable beginning. Once more, Allen and Keaton reserve some great chemistry with one another and it’s nice to see them begin at odds, growing in time with one another. Allen has a way of creating stories that, more often than not, will come full circle in one way or the other. For Manhattan, there’s a definite feeling that the beginning of the movie will offer up an identical equilibrium for Allen’s Isaac Davis.

Davis is an interesting character, especially for Allen. His chemistry with both Diane Keaton’s excellently differing Mary Wilkie and Michael Murphy’s supporting performance as Yale are brutally obvious components that round off well into an excellent, rough love triangle. More complex than the traditions and roots of Allen’s work, and all the more successful for trying something new, his work still has that feverish charm that only Allen can produce. Long conversation on the work of Bergman, the death of art and the loss of love that Davis finds himself transfixed on, all of it comes together superbly well.

I do wish I shared the same patriotic love for my hometown as Allen clearly does with New York. It exudes a rare energy that, like many of his films, connects well with his script and in turn adds a unique flair to his characters. His consistency in creating neurotic, troubled and worrisome characters is more or less his forte, and while Manhattan isn’t the perfect representation of his work, it does a great job at coming close to the standard he sets himself.

Allen’s work never fails to impress, and it’s a real surprise that his over-reliance on common themes hasn’t grown old just quite yet. It’s certainly getting to that end in its waning years however Manhattan proves itself to be a strong piece of film that builds its characters to no end.