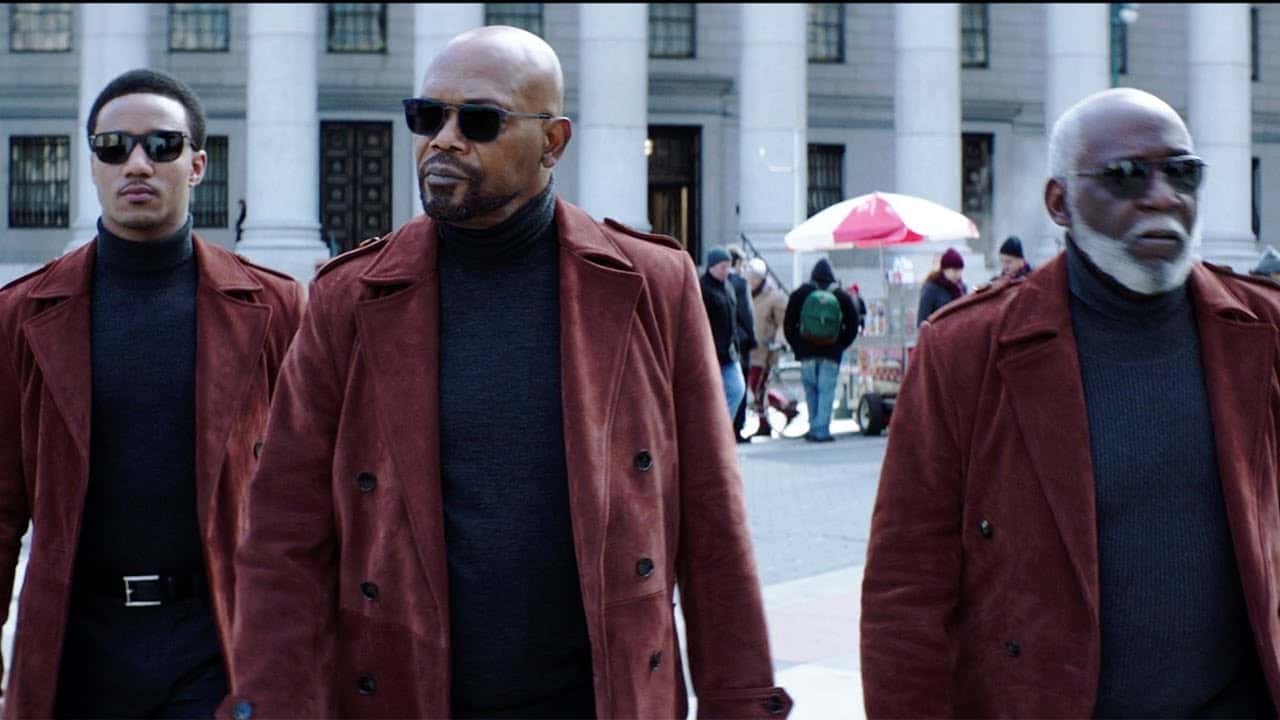 I’ve got a real soft spot for the Shaft franchise of films.
From the original action classic with Richard Roundtree to the modern iterations with Samuel L. Jackson, the series is a consistent piece of film that will always tickle my sudden urge to visit classic action-packed pieces of film. While the story wasn’t necessarily of interest to the original 1971 classic, nor to the 2000 remake, the Netflix original Shaft puts itself ahead of the rest in following a closely-knit story that compiles three generations of the Shaft family name.

Frequent mockeries are made of the modern times we live in, with the older generations of the Shaft family seemingly oblivious to the changing times around them. They don’t know of Wi-Fi, computers or sexual harassment lawsuits. They’re relics of their time, and changing that would’ve been a detriment to the film, especially since the structure of the characters relies on this fish out of water style of storytelling. Samuel L. Jackson’s performance as John Shaft is superb, bringing about the best bits of Shaft (2000) and also bulking up the character with a steady, cliché action storyline.

This cliché storyline brings in J.J., the third generation of the Shaft family, here played by Jessie Usher. His opening scenes aren’t all that convincing, but as the film progresses, he goes from grating to enjoyable, working well with the cast and flowing naturally with a solid script packed to the brim with impeccable one liners. It’ll be great to see what else Usher can deliver, I just pray he doesn’t get typecast as the nerd character, as his first few scenes in Shaft lead me to believe he’s ripe for the picking in that department.

Considering Shaft is an action movie, there’s a genuinely grand focus on the variety that the film throws at the camera. Hand to hand combat, shootouts, over the top fight scenes and even some blasts from the past with Richard Roundtree. All of it feels very well balanced, entertaining and at times the one liners prove to be more than just throwaway pieces and come across as genuinely funny. It’s the action and one liners that save Shaft from its fairly forgettable storyline, which entails J.J. and Shaft searching for redemption after J.J.’s friend is killed.

Maybe it’s the sleepy, caffeinated mind that made me enjoy Shaft so much. A movie that doesn’t take itself too seriously, even one with gaping plot holes and development issues, can still be enjoyed. It’s by far the best piece of film Netflix have released or produced in some time now, so maybe that shrouds my judgement somewhat. Thrilled by the premise of a good Netflix movie, Shaft is elevated to new heights by a superb cast of fresh faces and returning legends, alongside some tremendously solid action, it manages to subvert the majority of its clichés but throw up most of its stereotypes.