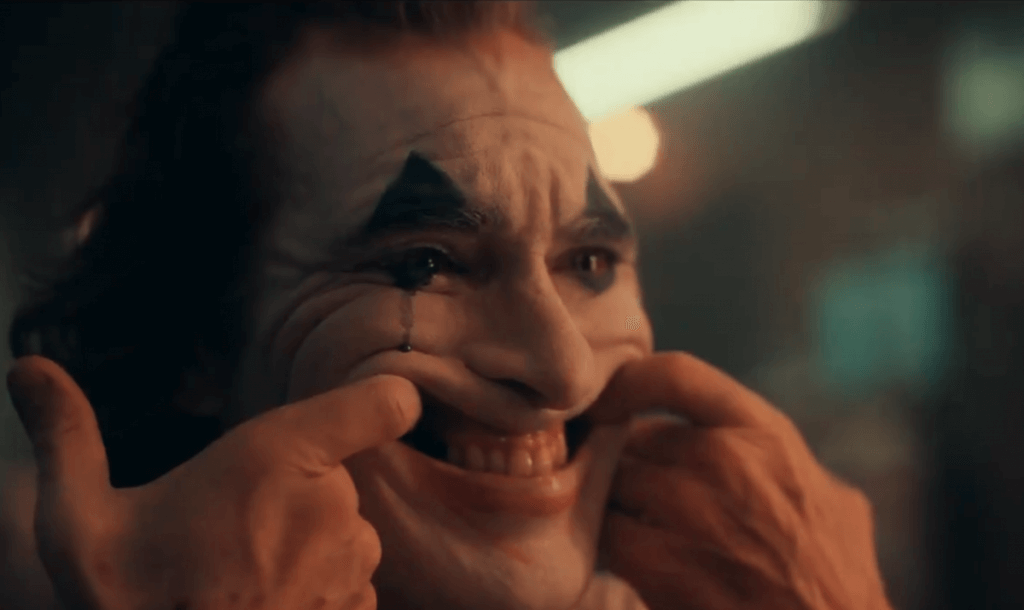 A timeless comic book villain, the Joker is so ingrained into popular culture that it’s hard to miss a reference or mention of DC’s well recognised clown. Adapted endlessly in film, played by great actors such as Jack Nicholson and the late Heath Ledger, the Joker is a character that has very much seen his fair share of credibly strong performances. Now it’s time for Joaquin Phoenix to take up the reins of this illustrious comic icon, and what a great job he’s presented to us in Joker.

There’s no denying a significantly stunning performance from Joaquin Phoenix, who, compared to Jared Leto’s cringe inducing performance in Suicide Squad, is far better in every way. Phoenix dons the typical makeup we’d come to expect, blossoming in a 1980s setting that doesn’t quite nail the nostalgic feel, at times feeling almost intentional in avoiding its 80s stereotypes. Phoenix here brings about an origin story that felt right at home in the canon of the Batman film series. His performance is a stunning blend of solid line delivery and visual prompts that feel well matched with his style of acting. He plays well with the rest of the cast, but it’s the scenes we have alone with Phoenix’s adaptation of Arthur Fleck that are most rewarding.

Fleck is presented often under dimly lit lighting, coarse shots or your expectedly good-looking camerawork. Todd Phillips may not bring us the best of comedy movies, but at least his films always look nice. He puts that theory to test in Joker, with his obvious Scorsese influence seeping into the groundwork of his cinematography. Obvious nods to The King of Comedy and Taxi Driver have been touched upon by just about every other reviewer under the sun, and it’s clear to see why that will be the case. Moving more toward re-telling than homage, Joker steals story elements of both those aforementioned classics. It doesn’t quite do anything new with them, even taking dream like sequences from The King of Comedy and putting no unique spin on them.

His homage to the work of Scorsese doesn’t stop there, even going as far to cast Robert De Niro as Murray Franklin, a talk show host and proportionate figurehead to everything Fleck admires. The few scenes De Niro and Phoenix share are gold, they have a vibrant chemistry with one another that presents itself thoroughly well. De Niro isn’t given all that much to do outside of his studio appearances, he propels the story along almost accidentally in a rough second act, outshined greatly by its eclectic yet predictable climax and its worldbuilding that preceded it.

I’m hesitant to praise Phillips too much for his direction here though because no matter how impressive the detailing is or how well the story evolves, it’s still quite possible that Joker is a flake. A one in a million chance of him getting everything right, and it just so happens that it has in fact gone his way. Phillips’ work in other films is to be questioned, and he makes the leap from The Hangover III to Joker in strangely seamless fashion. His focus on colour, lighting and sensory performances from his leading man is well suited to the film, and his new found inspiration behind the camera, if that’s what it really is.

Very good. That’s all you can really say for Joker, its outlandish media presence has bloated it up as a film that will break down barriers of society, class and everything in between. While it does touch on classism and the inner failings of bureaucracy, it does so in an on the nose way that shelters Joker from being a statement worth taking seriously. Outside of its strong performances and interesting camera work, Joker truly feels like a reinvention of the superhero genre. But we all know reinvention just means darker lighting these days.