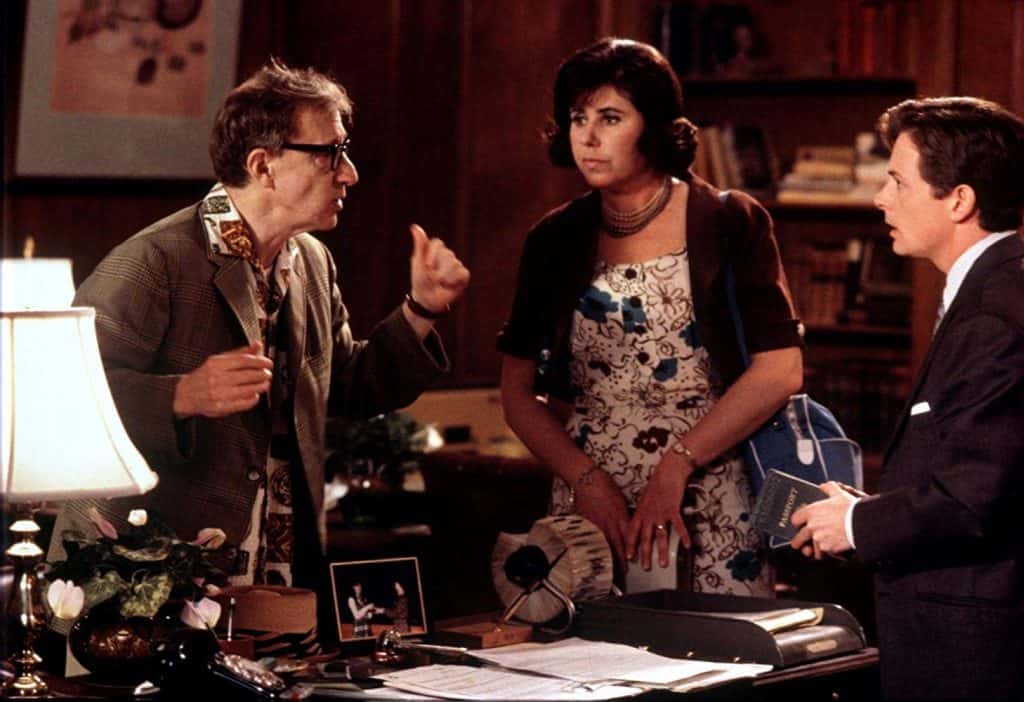 Nearing the end of my trip through Woody Allen’s filmography, it gets harder and harder to seek out his more elusive productions. Don’t Drink the Water is one of the few films of his that simply has no reputation, entirely forgotten by fans and cynics alike. What surprises me most then is that it’s a thoroughly enjoyable comedy that manages to just about keep itself afloat. Falling into a similar vein as A Midsummer Sex Night’s Comedy, Allen’s ‘94 output marks a strangely forgettable, albeit fulfilling venture into a 60s political period romantic comedy.

Another piece where Allen both directs and stars, Don’t Drink the Water follows a group of American tourists who are accidentally mistaken for terrorists by the Russian government. They seek shelter in the American embassy, but tensions bubble over in their small surroundings and, like every other Woody Allen film, romance obviously blossoms. Not as much as you’d expect though, the romcom plotline between Michael J. Fox’s Axel Magee and Susan Hollander (Mayim Bialik) barely takes flight, forgotten about and replaced with a story of espionage and covert operations.

Thankfully this forgotten romantic piece is left in the dust, straggling and clinging to the life raft that is a successfully hilarious Woody Allen supporting performance. Showing signs of genuine insanity, Allen gives himself some of his funniest scenes to date, many involving a revolver, a Russian chef, Arabian diplomats and a whole host of other problems that go over the head of our American protagonists. He and Julie Kavner have a small deal of chemistry, Allen struggles always in these later films to find a better match than the inspired work he provided us with Mia Farrow and Diane Keaton. Seeing a flurry of actors pass by as his other half in his later works is a tad upsetting, especially given that nobody is able to replace the dynamite chemistry he had throughout the late 70s and 80s.

Catastrophically claustrophobic and fuelled by the erratic energy of its starry cast, Don’t Drink the Water is a forgotten gem of Allen’s filmography. The more nuanced and hidden jokes are by far the most rewarding here. Dom DeLuise playing a refugee Russian priest with a severe interest in practicing magic leads to obvious hilarity, but its Woody Allen’s short rivalry with a chef that pulls the rug from under the more obvious, centrefold jokes.

It’s so disjointed and erratic that it’s hard not to love. So much happens in such a short amount of time, it gives enough of an illusion to seem like the ‘throw it at a wall and see what sticks’ approach is an intentional position that Allen has taken. An enjoyable chunk of decent one liners in a light hearted romp through Cold War Russia, Don’t Drink the Water is rightfully forgotten but an absolute blast for those willing to search it out.