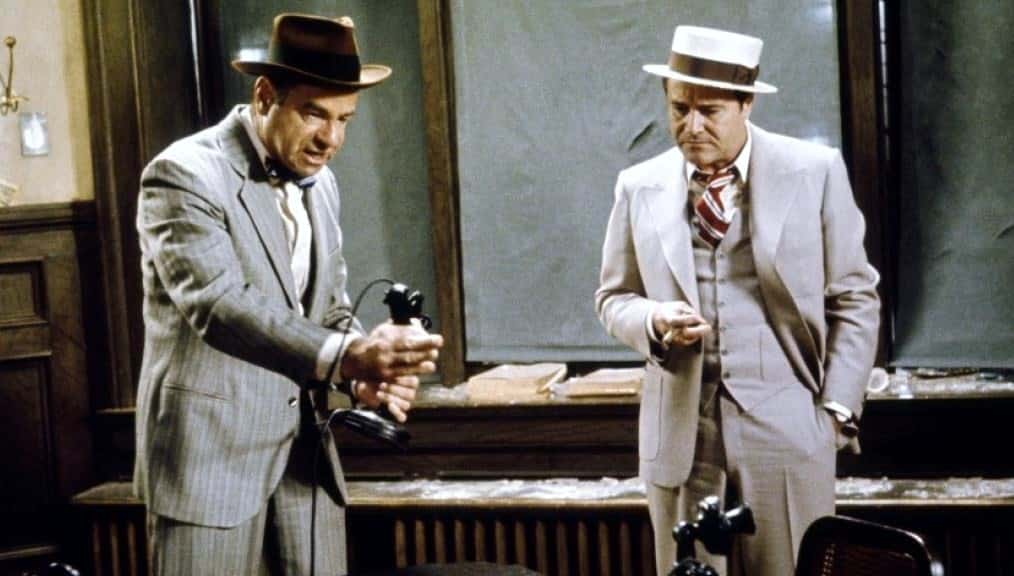 The pairing of Jack Lemmon and Walter Matthau has always led to surefire success. With their tremendous work in The Odd Couple hooking me into their branch of back and forth comedic outputs, it was no surprise that I’d be wanting to check out the rest of their collaborations together. The Front Page, then, is a forgotten gem from the great director Billy Wilder, starring Lemmon and Matthau as journalists in the 1920s. Hilarity obviously ensues when Lemmon’s Hildebrand Johnson declares his retirement, and the reluctance of his editor, Walter Burns (Matthau), becomes apparent.

With chemistry like this, it’s no surprise that Lemmon and Matthau went on to star in so many great comedies together. They bounce off of one another, a crisp energy between them as they trade hearty insults like no other duo can. Lemmon gets more of the screentime, but it’s Matthau that shines brighter in this one due to a tremendous performance that rounds itself off nicely right at the end of the movie.

Wilder has managed to capture the two so greatly in how they interact with one another. We have jab after jab, brilliant one liners and jokes that are set to simmer while we focus on other, more pressing and plot relevant details. Most jokes are left up to our stars, with the supporting cast used as nothing more than stereotypical punchlines for an undeniably strong comic duo. A shame in a sense is that the supporting characters aren’t more fleshed out. They’re more or less typical caricatures of American journalists during the 1920s. Poker playing, chain-smoking, hard drinkers with a handful picked out especially just to shine off a couple larger stereotypes.

A supporting cast that holds a handful of fresh and recognisable faces (including an early role for Susan Sarandon), The Front Page doesn’t exactly give anyone a chance to shine under the feverish charms and limelight hogging collision that is Matthau and Lemmon. Rightly so as Lemmon gives a great performance here. Collaborating once more with Wilder after his success in Some Like it Hot, the two are bound to know what makes one another successful. It’s nice to see great direction bounce off of a good performance, and vice versa in this scenario.

Don’t confuse The Front Page with the Woody Allen film The Front. It doesn’t sound like something you should be wary of, but the amount of times I’ve went to recommend The Front Page and came out with the lesser but still enjoyable The Front is just embarrassing. Save yourself the embarrassment and find yourself a copy of The Front, it brings about the energy of The Odd Couple with the feverish charms of The Apartment.