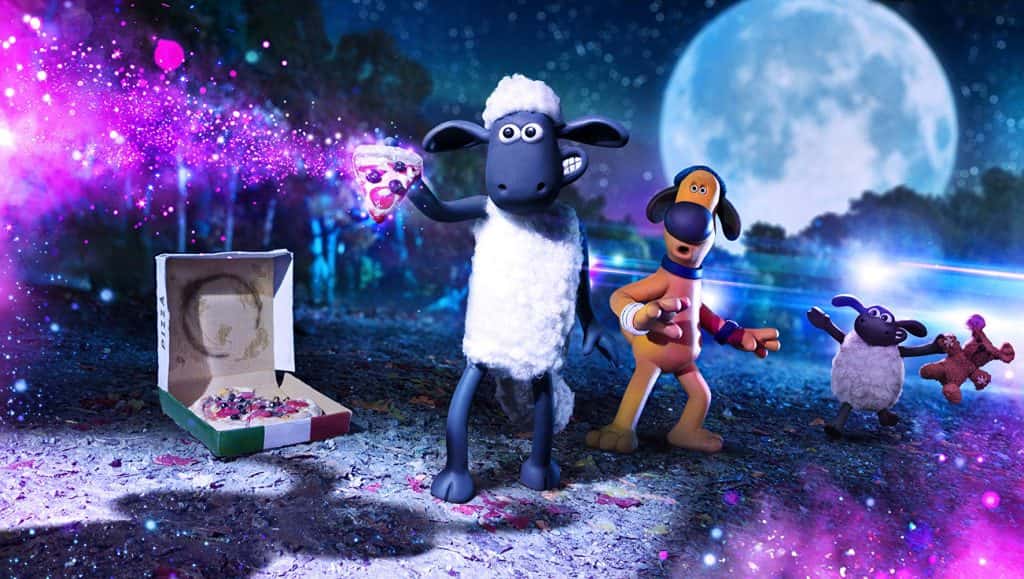 Going into a film about an articulate sheep that finds himself in colossal mishaps, it’s hard to expect or appreciate anything that Shaun the Sheep: Farmageddon may actually accomplish. A sequel to the standalone film Shaun the Sheep which plummeted out in 2015, creatives at Aardman Animation seem set on tugging at my heartfelt nostalgia strings so hard that my wallet falls out into their lap; the sudden surge of interest I had in watching the movie tie in to a show I’ve not seen in over a decade is overwhelming.

Picking up with no relation to anything else in the series aside from its characters, Shaun the Sheep: Farmageddon is a friendly, accessible and standalone piece of film that manages to capture the joy of the television show it’s based on. Shaun and the gang find an alien crash landing on Earth, and struggle as they attempt to return them home. That’s about as in depth as the plot gets, one stuffed to the brim with references to classic sci-fi films. Big players in those references include Alien, E.T. The Extra Terrestrial and 2001: A Space Odyssey. There’s even a nice few nods to Hot Fuzz and Logan’s Run hidden away in a film that requires a thick lathering of pop culture references to have even a hope of working. Even referencing their own work to clinch a market with older fans, Shaun the Sheep: Farmageddon feels evidently heavy on ascribed nods to stronger pieces of film.

As ever, the animation is stunning, the lads and lasses over at Aardman know exactly what they’re doing when it comes to presentation. A nice visual flair peters out around halfway through the film, but for the most part it’s a crisp attempt at kindling the fire of claymation, one that relies on the experience of its already strong animation team. If anything, projects like this should be an informal way of loosening up the storyline and trying out innovative styles of animation. Unfortunately that isn’t the case, and outside of a few scenes that benefit from the same old stylings of the Aardman team, there are no new techniques or risks to take or try out.

Probably the most startling part of the film is its lack of engagement in its own story. Quite the basic concept to grasp, with a U.F.O. sighting becoming the base premise for our intro, and the narrative reacting rather well to typical stylings of narrative. There are no darker, jarring or sultry references for adults, and rightly so. Aardman have never had to rely on methods like those to hook an adult audience into their movies, just look at the success of the Wallace and Gromit series for evidence of that. Its story is suitably basic for a family film, maybe a bit too basic, as it limits the style of humour the film can provide us.

Certainly a suitably funny movie for all ages, Shaun the Sheep: Farmageddon is a fine film that hides away a few funny moments. Its referencing of other popular films is certainly its strongest point, and while it casts a shadow over some of the nicely written set pieces, it doesn’t eclipse it totally. A fun little film, albeit a completely forgettable one to join the filmography of one of animations most steady handed studios.