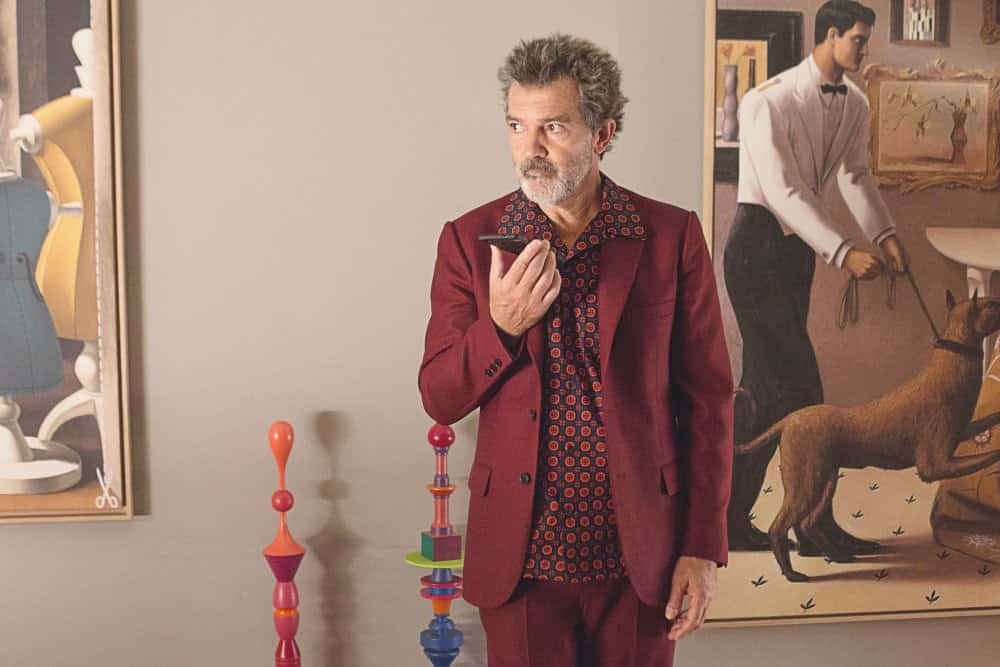 It surprises me that every now and again the man that willingly chose to star in Spy Kids 3-D: Game Over can give us some truly great work. Antonio Banderas’ performance in the highly anticipated Pain and Glory has been universally acclaimed, praise and buffed up for the beginning of the Academy Awards race. It’s clear to see why, but my struggle to connect with every other aspect of Pain and Glory stopped me from enjoying it as much as I should have.

Banderas stars as Salvador Mallo, a director that is to be honoured with the restoration of a movie that made him infamous. Having not spoken to the star of the film, Alberto Crespo (Asier Etxeandia) after a falling out thirty years prior, the two meet in the midst of Mallo’s midlife crisis. From there, the plot devolves into traipsing through the past of Mallo as we meet his influences, critics and family. He looks for meaning in his life, whereas I look for why I should care about this.

The latest film from director Pedro Almodóvar benefits greatly from its leading Banderas performance and its overt use of flare and colour, but does little else with its story. We dive into the middle of one man‘s life, and it’s up to both Almodóvar and Banderas to convince us that it’s worth sticking around until the end. It just about is, and the two pool their resources in an enjoyable enough fashion; a style that will unsurprisingly hint the two at some awards later down the line. Aside from its use of colour and a solid leading performance though, it’s just a bit boring. I couldn’t connect with the characters no matter how I tried.

Take the almost shell-shocked approach that Extxeandia brings to his performance for instance. Crespo is a man living in frivolous degradation, a lifestyle that is both hostile yet free. His freedom to do whatever he likes, whenever he chooses contrasts nicely with the highly strung worrying that Mallo feels consistently. The two lifestyles clash into one another rather abruptly, but the writing and designs of both characters make the clashes feel futile and ineffective. They’re certainly a treat to watch but it’s a shame that they leave no impact whatsoever.

Some of the dialogue feels stilted, and the design is the only thing holding it all together. Beautiful colours and great costume design perform a masquerade over what is, quite frankly, a boring storyline with some uninteresting writing. It’s difficult to write about something so dull, everything pools together in some sort of grey blob. But it’s a colourful grey blob, because someone decided that every scene in this movie needed six shades of red and a matching outfit for Banderas to boot. Everything looks very impressive, and Banderas gives a great performance; one that could’ve been a hell of a lot better given a brush up of the script.

There’s a good chance it’ll win the International Film award at the Academy Awards, and I know I’ve repeated the whole awards piece three times now, but that’s all you can really say about Pain and Glory. It will win awards. I’ve not a clue as to why it will do so, but believe me when I say that it will. Reasons beyond my comprehension are why Pain and Glory is loved by many. It’s surely not a waste of time yet I can’t help but feel that the writing could’ve done with a severe overhaul.