Review: Sorry We Missed You 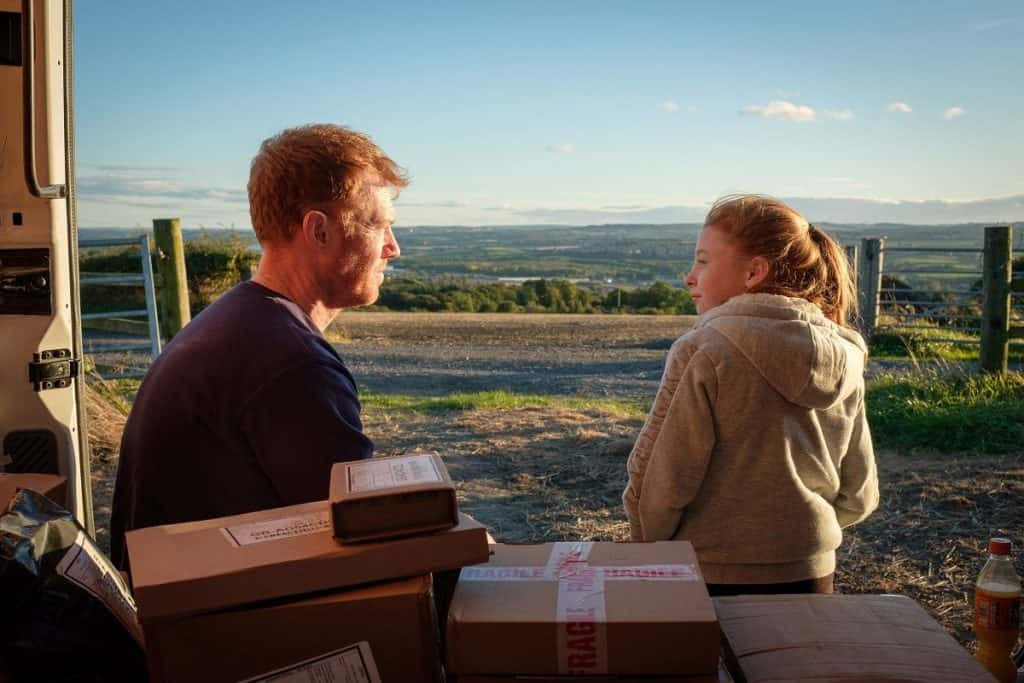 For years and years, politically inspired films have provided us with little else but glum overtones and depressingly realistic stories that hit close to home. Sorry We Missed You is just that, another piece of film from director Ken Loach that looks to depict how tough an existence the working class can truly be under its stereotypical surface of hard work and getting a day’s graft in. Loach’s latest feature looks to dissect this cliché toxin as he tackles a similarly heavy hitting subject to that of his previous film, I, Daniel Blake. What he has here is yet another quality output, one that captures its Newcastle setting extremely brutally, eliciting only emotions of anguish, pain and heartbreaking themes.

A look into how troublesome the introduction of zero-hour contracts on working class families has become, Sorry We Missed You is an exploration of familial drama. Ricky Turner (Kris Hitchen) is out of work, bouncing between jobs after the 2008 Financial Crash left him and his family always on the move through rented housing. Ricky and wife Abbi (Debbie Honeywood) struggle to keep afloat as they balance their work with raising two children. It’s a story that has impact due to its close ties with reality and the problems that many face in the real world.

If you thought the film was sour and bitter towards the issues it looks to take apart, you would be correct. The film is rightly justified in being this critical of zero–hour contracts and the 2008 Financial Crisis. They become centres of the plot, essential to the viewing and for those that understand the hardships this entails then you’ll have no trouble connecting to the Turner family in Sorry We Missed You. A first-time performance from Kris Hitchen provides us with such a hard hitting piece of acting, standing out among a cast of talented newcomers.

Opening in an identical way to that of I, Daniel Blake, it shows the story of a man too proud to go on the dole, rather than one swallowing his pride and accepting support. Hitchen portrays these scenes tremendously, the balance between work and home overlapping constantly and providing him with incredulous amounts of stress. Hitchen’s lack of acting profile helps in selling this role, we can identify Ricky Turner as the everyday man, someone that we can attach a face or an experience to.

Some scenes were difficult to watch, not due to their harrowing experiences, but because of the wooden acting from a couple scenes. Rhys Stone and Debbie Honeywood give generally great performances throughout the film, but both have their flounders here and there. It makes dramatic scenes less impactful, yet when they manage to knuckle down into a great performance you can tell that the dynamic between this family is a believably realistic one. Loach likes to shoot his movies in a way that feels like we’re merely a fly on the wall, observing individuals going through a hard time. Sorry We Missed You doesn’t feel like it’s so much a movie, but a test of willpower that we just happen to be observing. We see Kris struggle to make ends meet, Abbi balancing her clients with her morals and the two kids struggling without a stable parent figure.

I used to live in a house much like the one shown vividly in Sorry We Missed You. My Dad is an electrician and my mam works at ASDA. Some of the struggles the family in Loach’s new drama go through are similar, or even identical to some of the things me and my family dealt with when times were tougher than usual. There was a strange mixture of re-living earlier childhood memories and experiencing a glimpse of what could have been. I cried at this film. I teared up during I, Daniel Blake, but I never thought I’d do more than tear up at any movie. Sorry We Missed You made me cry, and that’s pretty impressive in its own right.

If anything, Loach’s new film brings back a lot of splattered childhood memories that I couldn’t even conceptualise when I was a kid. The stress of working early mornings and long nights, not quite having a moment for yourself and still pushing through exhaustion to provide a better life for your loved ones. It made me appreciate my parents a lot more than I already did, and for those that have been in similar scenarios Sorry We Missed You will create similar feelings.

2 Responses to Review: Sorry We Missed You