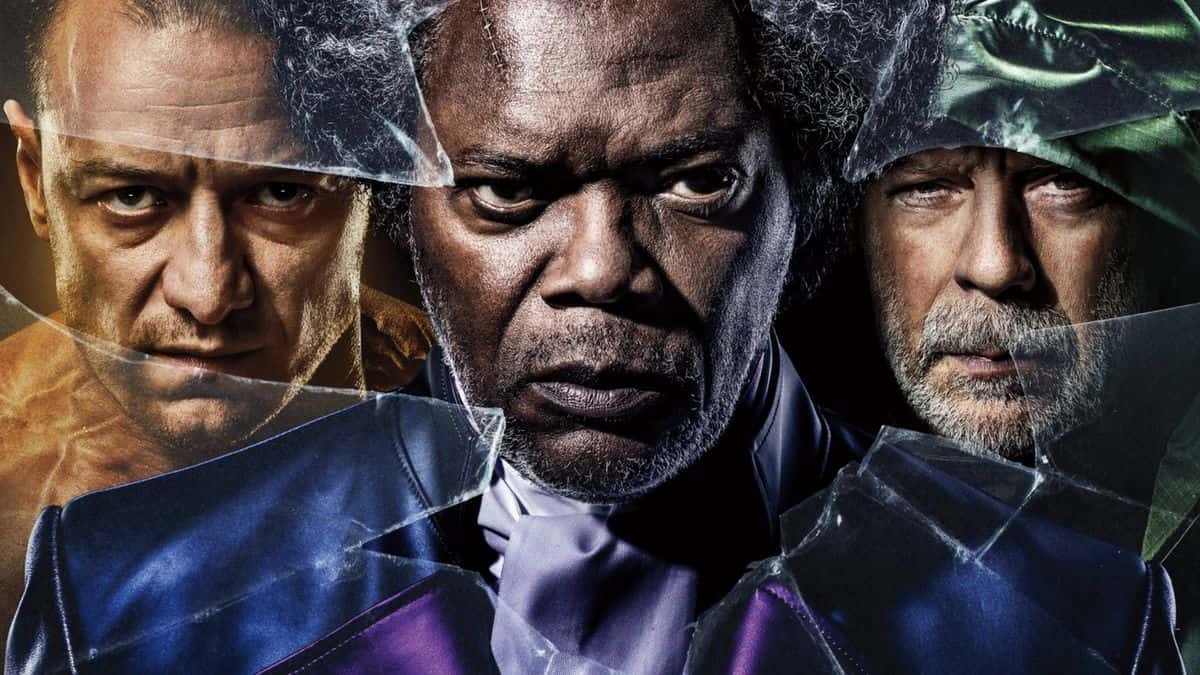 To think it’s been nineteen years since the start of this trilogy of loosely connected films is incredible. Well, not incredible, because it was inevitable that the bizarrely mediocre yet uncomprehensive love for Unbreakable would soon Split off into something more. See what I did there? I don’t think anybody had really slated this as a trilogy, nor did anyone care to think it would happen. When director M. Night Shyamalan cracked out Split, there was certainly a buzz surrounding the third and final entry into the series. Glass, is a shattered film, one that doesn’t exactly provide us with that oh so satisfying ending we were looking for.

Some nice touches of detail are littered throughout Glass to no avail. James McAvoy’s ability to blend so many different styles and personalities into one performance will never not be an impressive display. Here, McAvoy gets to show off in front of Bruce Willis’ David Dunn and Samuel L. Jackson’s Elijah Price, otherwise known as Mr. Glass. Following the trio during their confinement in a mental institution. Three great performances are contained within the film, yet Shyamalan’s lack of storytelling abilities creates a lacklustre environment where even the strongest of performances fall just short of brilliance.

It’s hard to fully engage with a story that has no clear hero or villain. Blending what it is to be truly good or wholly evil, Glass manages to provide a mixture of anti-heroes and loveable villains, but nobody as a beacon solely of hope or villainy. There are solid performances from a trio of expectedly strong actors, but you should’ve been expecting that anyway. Jackson’s performance provides the most interesting aspects of the film, yet McAvoy gives us the best acting range of the trio. Bruce Willis is also there.

By far the biggest issue within this film is that the script just isn’t up to scratch. Taking three interesting characters and fumbling them all into a chance encounter isn’t the experienced storytelling I would’ve liked, nor is the shoehorning of characters of the past necessary whatsoever. Anya Taylor-Joy makes a return as Casey Cooke, who you’ll most likely recognise as the main protagonist of Split, or the leading character of Playmobil: The Movie, if you’re a person of culture like myself. Taylor-Joy’s inclusion is baffling, and she doesn’t really do all that much. Then again, if she had done anything of interest she’d certainly feel out of place in a movie where nothing much happens.

At least it’s nice to see a superhero movie from this year that didn’t bore me to tears. Take note, Avengers: Endgame, a third of the time shorter and still much more promising and intriguing than that snoozefest. Glass’ main problem is that it manages to take three characters who have genuine interest and premise behind them, and then crush it down into the most boring and meddling two hours of film. Maybe we’re the fools for ever believing a director like Shyamalan could deliver on such an interesting concept, he proved us all wrong with The Village. And Devil. The difference here is that it’s just sadly unfortunate that Glass is a bit of a messy watch.