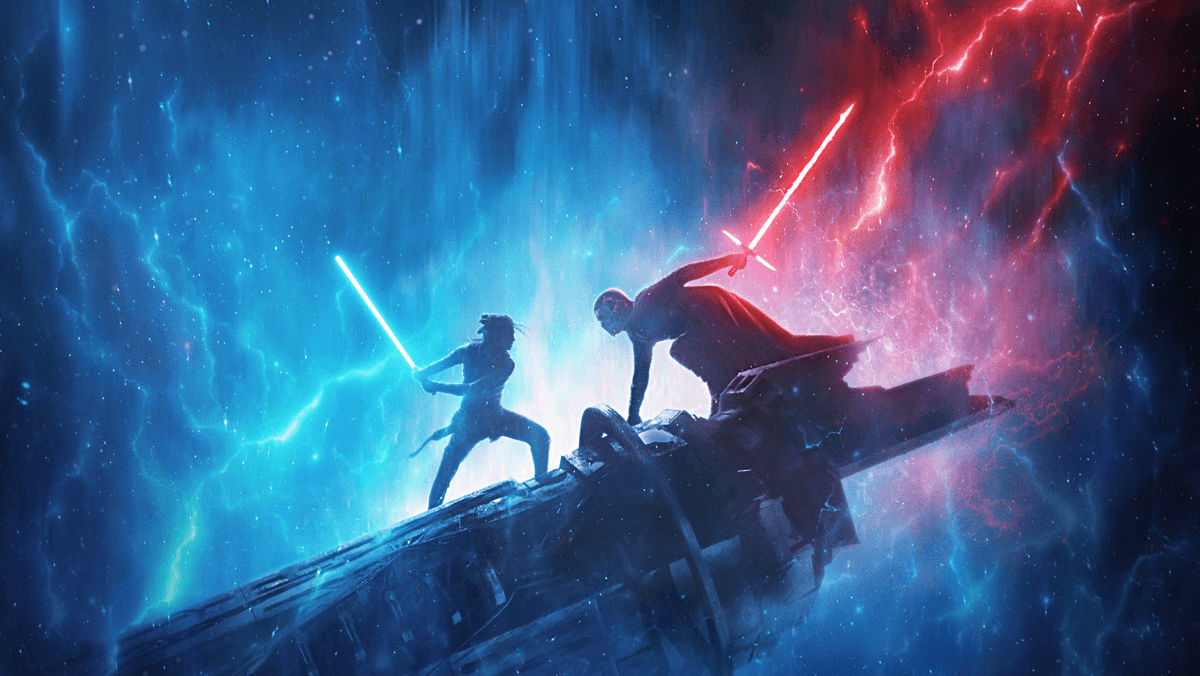 The fleeting masses of Star Wars fans won’t really care to read up on the critical reviews that have flooded print and online formats worldwide. No matter what anyone says of the film, good or bad, Star Wars fans will inevitably complain, moan and besmirch Star Wars: The Rise of Skywalker for being an incoherent mess of tremendously boring proportions. They wouldn’t exactly be wrong in doing so, considering it is an incoherent mess of tremendously boring proportions. But after the disastrously dull The Last Jedi, the only way was up, to quote from an ill-forgotten Yazz song. Rounding off a trilogy that has divided an entire fan base is never going to be an easy feat, yet what should make it easier is my lack of care for the brand as a whole, and as such was just looking for a generally good time.

Star Wars: The Rise of Skywalker had its work cut out from the get go. Not only attempting to retcon three hours worth of content from the previous instalment, but also bridging a gap between its predecessor, the original trilogy and its overall conclusion as a franchise. There was no way it would work; you’d have been a fool to think they’d pull it off. Even with something as simple as Avengers: Endgame, there were obvious cracks throughout. Essentially the task at hand for The Rise of Skywalker is a culmination of forty years worth of fan service, with half of the fan base wanting the exact opposite of the other half. To make sure everyone is equally as dissatisfied, The Rise of Skywalker goes out of its way to create two and a half hours of the most meddlesomely dull cinema this year has seen.

With the return of Emperor Palpatine, Rey, Finn and Poe must race against The Final Order as the Resistance battle to stay relevant for just two more hours of screentime. Perhaps the biggest issue with the leading trio of Rey, Finn and Poe is that, although it’s nice to see the three share such extended time together on screen, I don’t really care for them. An issue that has dragged this new trilogy down ever since its first film, the trio of new characters just aren’t that interesting. Daisy Ridley, John Boyega and Oscar Isaac are all tremendously talented individuals, but even their best efforts here can’t utilise such an awfully written script. Unbelievably basic dialogue that lacks both the charm of the series and basic competence overall. Some of it is ham fisted, while other pieces are too subtle or pandering that it misses the mark entirely.

At least we’ve got cool visuals to tide us over though. There’s no denying how impressive the fight scenes look, specifically the climactic finale which again is ruined somewhat by forgettable characters. Some old faces, some new that have just been randomly thrown in to deal with the fallout of Rian Johnson’s work. Given the increase in the number of characters, you can’t be too surprised that some portrayals aren’t given the time they need to leave a mark, while others loiter around on the screen for far too long. Domhnall Gleeson’s portrayal as General Hux is all but forgotten about, replaced by the ever-tremendous Richard E. Grant. What bothers me about this change of pace though is that Gleeson is a great performer, one of the few strong pieces of the earlier films, especially The Last Jedi.

There’s not much else to talk about with the performances, they’re as dull as you’d expect with far too much going on to even pinpoint a singularly bad or good scene. There’s a great mixture, overwhelmingly bad or embarrassingly poor scenes mixed in with a few glimmers of hope throughout. C-3PO provides some much-needed comic relief for most of the first act, and then Adam Driver manages to pick up the slack as best he can with a great performance as the villainous Sith Lord, Kylo Ren. One of the most unadorned performance he’s given this year, he manages to blow himself out of the water with performances that are provided elsewhere and to a better standard.

I feel it’s quite resounding that I’ve managed to have seen only two Star Wars films in theatres, I can only remember one of them, but both were quite bad. The atmosphere within the cinema was a grim ordeal, a tremendously awkward silence fell on everyone as we left the theatre, like we’d just watched an uncut edition of Shoah rather than an over glorified, glossy space opera. There’s something about the fan culture of Star Wars that both impresses me yet fills me with such a genuine need to laugh. Sticking it out through films and expansions that could be regarded as unneeded, only to have the final instalment of a trilogy they already weren’t enjoying blow up in their face. If anything, they only have themselves to blame.

Essentially just two hours of fan service, five minutes for me to appreciate Richard E. Grant and then another five for the credits, the film is mind numbingly useless. A plot that tries to cram in both a fulfilling ending, tie up all the loose ends and also wipe a previous film from existence is a film that has far too much going on at once. It shows rather quickly that the film is struggling to keep up with its own bold ideas, and the best it can muster is a handful of nice-looking scenes. Not the triumphant end fans will have been hoping for, Star Wars: The Rise of Skywalker marks the miserable end of the Disney Star Wars trilogy in about as underwhelming a fashion as you could expect.