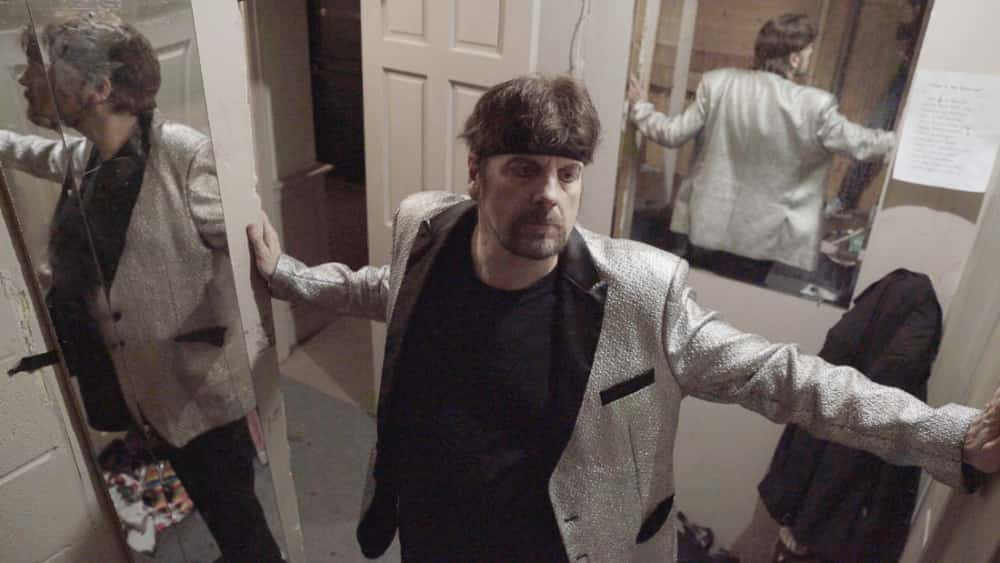 For a man that kicked a twenty-year cocaine addiction by switching up to methamphetamine, The Amazing Johnathan is looking healthier than me. After doctors diagnosed him with a rare heart disease that left him with a year to live, Johnathan looked to kickstart a comeback tour three years after his diagnosis. Following him as he provides a comeback and farewell tour at the exact same time, the documentary team within The Amazing Johnathan Documentary, and us as an audience, are in for one strange and engaging ride through the history of a once nationwide superstar.

We see genuine concern from his wife, the documentary crew and his fans as Johnathan pushes himself out of retirement against the orders of his doctors to complete a five-show circuit. Johnathan often has a completely blank, uncaring impression on his face. Whether that’s genuine fear or because he no longer cares, the man looks both at peace yet sluggishly terrified for his own wellbeing at the same time. Constantly trying to cause friction between director Ben Berman and another, unnamed camera crew (who we can assume is led by Steve Bryne given his 2018 documentary Always Amazing), Johnathan comes across as a rude and callous.

Seeing how distraught and truly upset Berman and his crew are, it’s a race to see who can craft the best documentary with such a limited time to shoot. Quite possibly the greatest struggle in reviewing this documentary is the fact that Johnathan seems to be in so many different mindsets throughout the film that it’s nigh on impossible to figure out his angle. What he hopes to achieve with this documentary is so firmly cemented in the back of his mind, but we never get to see just what his thought process is. He makes it incredibly difficult to understand his motives, and by that point it’s left to mere interpretation as to whether or not what he does is intentionally manipulative or just him having his own unique fun.

With it now being up to the audience to decipher whether or not Johnathan is truly joking or being genuine, Johnathan soon deflects any genuine opportunity to be interviewed about his career or work in the future, instead pitting two teams of filmmakers against one another. With constant belittlement of Berman’s team, it’s strange to see how he personifies a man that latches onto his former glory on late night television and casino stand-up shows. In essence, you have a documentary anyone can dive into since all you need to know is that Johnathan is both a magician and also perplexingly strange to document. From there you can just about go as far as you’d expect, not quite diving into the interesting questions you would expect, but rather dissecting why Johnathan is acting in such a mesmerizingly volatile way.