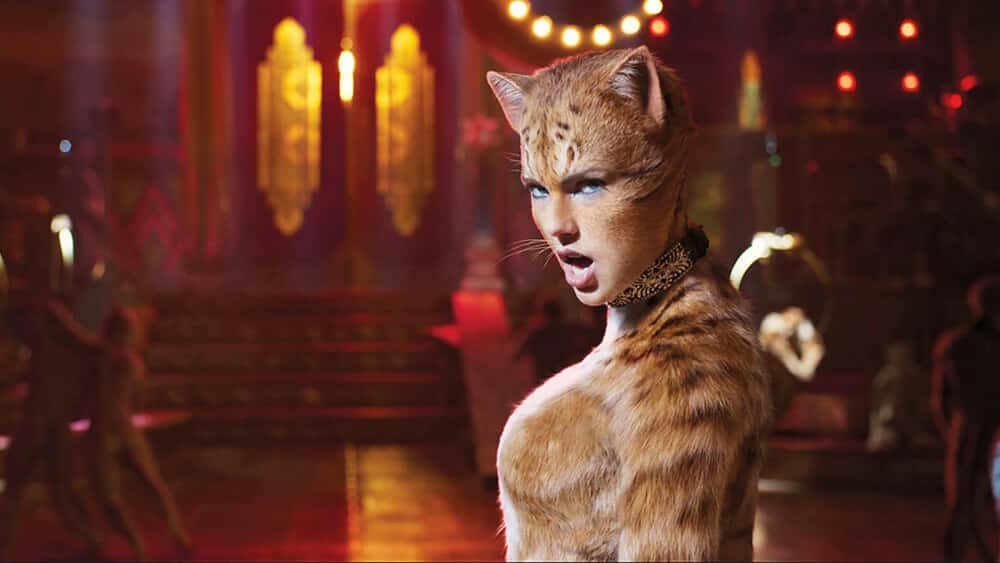 Is it possible to revoke an Oscar from a previous winner? Because the visual waterboarding presented to us in Tom Hooper’s latest feature, Cats, is certainly grounds for a re-evaluation of his work thus far. An adaptation of the ghastly stage production of the same name, Andrew Lloyd Webber’s Cats claws its way into big screen entertainment to prove once and for all that Lloyd Webber is a hack, who presents his work only to the lowest common denomination. It should be no surprise that Cats was a disaster waiting to happen, yet having the chance to experience this film in all its glory on the big screen was in of itself a treat I was looking forward to.

I’d much rather have been torn apart by lions than forcibly punished through what is essentially the worst film of the year again. Beating out the slavering monarchy love of Downton Abbey or the ridiculously dense premise of Tall Girl, Cats shows these films how it’s done by showcasing a two-hour long car crash.

Considering the musical nature and history of the show, I had at the very least expected some engaging enough music. I’ve got a fairly open taste in music and have suffered through songs before, so it surprises me that the big screen adaptation of a piece of musical theatre has not a single recognisable ounce of interest or quality control. Given that I’m not a fan of the musical, perhaps this wasn’t the best way to make a first impression, but the cast at hand are deeply rooted in their musical know-how, at least a handful of them are anyway. James Corden fumbles his way through his groan inducing comedy, making me realise that, the more publicity he gets, the more punchable his face becomes. Rebel Wilson looks to restart her Pitch Perfect days, ironic since she can’t hit a single note expected of her frankly bleak and fever dream fuelled solo early on in the running time.

Even the much-loved Ian McKellen, who has had a frankly terrible year for his career, grips at his supporting role with all the confidence of a dying animal with vultures circling overhead. Judi  Dench is always a solid draw, but God bless her she can’t sing as well as I was hoping, can’t hurt her for trying, she’s the only one involved trying to have an ounce of respect for herself. Everyone else jumps and crawls around, their dignity presumably diminishing as a stark-naked Idris Elba begins singing about how he’s a jelly baby or whatever they call the cats in this twistedly dumb fantasy realm.

Hooper’s direction and utilisation of CGI would’ve been impressive had it been done a decade ago when Avatar set the groundwork for films prominently featuring computer stylings. Instead we receive a gawky, flaccid and often times blurry rendition of a stage play that oozes out a pathetic level of hatred toward its audience. Seeing Jason Derulo morphed into a cat and hitting notes so high even Morten Harket would be impressed, Cats obviosuly created a draw for a handful of full–time singers, not least Taylor Swift. Derulo came out to defend the movie, stating that there’s always push-back when you defy what the definition of art is. There’s defiance, and then there’s Cats, an insulting mesh that will thankfully fall flat on its furry behind. It’ll insult audiences that have grown to love the decrepit work of Lloyd Webber and it will frighten those that have no idea what to make of his frankly awful initial adaptation of T.S. Elliot’s writing.

With a plot as nonsensical as this, it truly stuns me that people are invested in this enough to go and see a big screen adaptation of a film where an old cat decides which cat is next in being shot into the sky via a hot air balloon attached to a chandelier. That is, in essence, the entire film. We tiptoe through musical number after dreary old musical number, without so much as a glance at how more successful, structured musicals include breaks between the inherently noisy and poorly balanced singing and dancing. It’s insufferable, a few songs towards the end are balanced so poorly that you can barely hear the vocals over the crashing of drums and the wailing cries of fear coming from those in the supporting cast.

A little bit of me died on the inside after sitting through this. I make it a rule of thumb to always add a bit of hyperbole to my writing, but here, it is a genuine thought. Not something I’ve cautiously crafted in the hopes of it being a light close to the review, but something I am beyond doubt in believing. Cats did something to me that no other film close to its level of terrible has ever done. I question any art form that can revel in something so miserable, so callously thrown out into the wind where not a care was given by neither cast nor director. Cats is a new low for cinema, and I’m scared to see how low we can go.