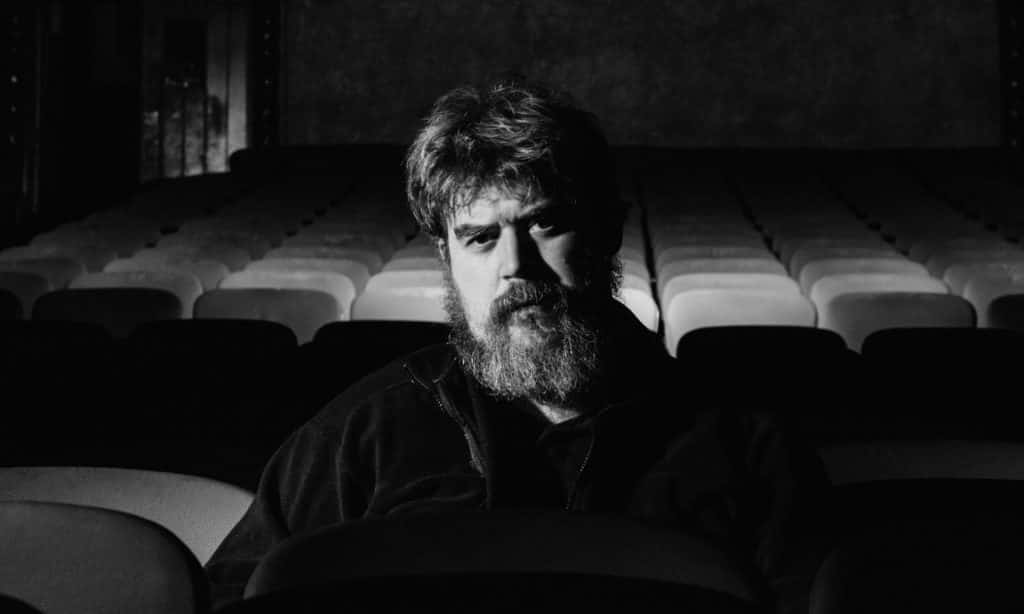 Getting the chance to interview any musician is an enjoyable enough task, but to interview a musician whose hard work and dedication to his craft has paid off in beautifully fulfilled albums, is all the better. Daniel Knox, a singer who has now been releasing consistently great music for over a decade, has found his niche of articulate and truthful love songs and stories, contained in a discography of well constructed albums. I had the chance to ask him a few questions about his work, new and old, alongside his projects and plans for this year and his 2020 U.K. tour.

What were the influences for your self titled album?

Most of the songs came from two projects I did with photographer John Atwood having to do with our mutual hometown of Springfield, IL, so a lot of it was inspired by that and each other. Musically there is really only one touchstone I can think of and that would be the soundtrack to the T.V. series Unsolved Mysteries with Robert Stack.

Any new projects going ahead for 2020?

I actually have a really busy year coming up. I have three very different albums coming out over the course of the year, and I’m just starting a big fourth one. I’ll be releasing some odds and ends in between. Then I’m making a record in Portugal for my UK/EU tour. I’ll be there for a month doing that and I have no idea what it will be yet which is exciting.

Are you excited for your upcoming UK tour?

I’m very excited about returning to the UK. I’m going to lots of places I haven’t been to in a while this time. And I’m opening for The Handsome Family who are some of my all time favourite songwriters and now great friends of mine. I love playing in UK because the audiences shut up and listen which is like a dream come true. I also love having all the amazing English breakfast foods when I’m on tour.

Any new years resolutions for 2020?

Nothing specific to this year. I feel pretty confident in my overall resolve. But I’m definitely determined to do more shows this year and work more outside of my comfort zone.

Who would you say are your biggest musical influences?

Ask me tomorrow and the answer would be different but at the moment:

Twin Peaks: Fire Walk With Me soundtrack by Angelo Badalamenti
Jesus Blood Never Failed Me Yet by Gavin Bryars
American Folk And Gambling Songs by John Jacob Niles
How Sad How Lovely by Connie Converse
Singing Bones by The Handsome Family
Run To Ruin by Nina Nastasia
Blood On The Tracks by Bob Dylan
Want Two by Rufus Wainwright
A Valentine Gift For You by Elvis Presley
Smoochy by Ryuichi Sakamoto
From The One That Cut You by Fred Lane

Did you enjoy working with Jarvis Cocker on your latest album, Chasecene?

I loved working with Jarvis. He brought that song somewhere I never would’ve imagined it could go.

Anybody you would like to collaborate with in the future?

I’ve never been particularly interested in writing songs collaboratively, But since working with Jarvis and Nina Nastasia on Chasescene I’m really hoping to have other artists sing on my records. I’d like to sing other people’s songs more as well.

The 4 track album I just put out was probably the closest collaboration I’ve ever had musically. All the songs were recorded with just myself and guitarist / co-producer Joshua Fitzgerald Klocek. Without the pressure of studio time or working with a full band we had a lot of time to try things and find abstraction. It’s made me more excited to work that way more.

Do you believe your albums are able to craft some form of narrative? The lyrics have a charm to them that I’d consider to be a style of storytelling over the course of a few songs or even an album.

There’s definitely a story that spans the songs on each of my records. I don’t really write “once upon a time” type stories with that sort of clarity. I like people to be able to find themselves in my songs. So while I might have a very specific story I’m telling I will always ask myself what are the parts of it that can be removed while keeping the world of the story in tact. I don’t mean that I want to create something vague, but to me the best songs are like a room that someone has just left, and only the things that remain can tell you who was there and what might have happened. What might have happened is usually more interesting than what did anyhow.

You’ve been a part of the independent music scene for quite some time now, would you say there have been any major changes over the past decade in how artists break through and make a living?

This is a big question and the answer is manyfold. But for me one of the biggest issues is that in the wake of labels losing their power and streaming taking over, the listening public remains unaware what it takes to make an album, tour it, and put it into the world. It’s sort of like how most people go to the store and don’t think much of how the food makes its way there. That’s not a complaint, just an observation.

I think modern listeners still subscribe to the old model in a lot of ways and don’t understand the challenges that artist faces. Likewise, I think modern artists have a hard time accepting that listeners don’t want to pay for things the way they used to and while there are endless platforms for making work available it’s difficult to cut through the noise and find your audience. Crowdfunding has become more accepted but I feel like artists who adopt it rather than start out that way are viewed differently. Maybe I’m wrong about that.

I’m actually pretty optimistic. I think artists and listeners are adjusting their expectations of each other and figuring it out.