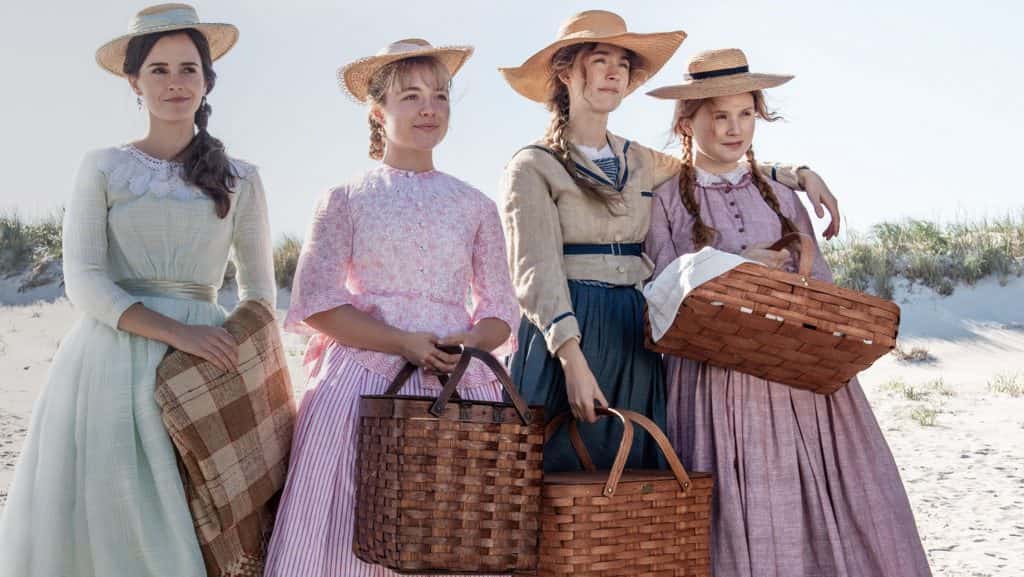 Out of the three films that had truly excited me for this year, Little Women wasn’t one of them. It did kindle an interest, albeit a slight one, but an adaptation and remake of a 1994 remake of a 1943 remake of a 1933 adaptation of a book I have no interest in reading, is not of interest to me. However, when I saw the talent behind the feature, my dubious spark of interest spouted into a small flame; I couldn’t not go and see Little Women, especially when the director and star of Lady Bird were at the helm of the project. It seemed like the right cast and the right timing to adapt the film and book yet again for an audience who live in a perpetual state of memory loss.

The biggest question I have for director Greta Gerwig’s work on Little Women is simply, why? Why bother? Adapting a semi-autobiographical book of the same name from writer Louisa May Alcott would’ve been all well and good if it hadn’t been done so many times before. What can a further adaptation of the work bring to the table aside from an updated tweak to the camera work and a change of cast members?

I was prepared to give the benefit of the doubt to Gerwig’s adaptation of Little Women, its slow burning storytelling making sense in light of so many characters appearing all at once and with little time to display themselves in a unique fashion. But, as the film droned on with no signs of picking up the pace or creating anything of pompous interest, I realised Little Women isn’t a slow burning film that takes the time to craft an abundance of unique character relations, but it is in fact just a boring film. There are fine performances throughout the abundantly drawn out piece of film, but none of them hold together under the weight of not really going anywhere outside of the base text.

My feelings toward Little Women are certainly not one of discredit to a talented director who has pooled together a rather excellent ensemble and array of fine, up and coming actors (peppering a few silver screen legends in along the way). That isn’t the issue, it is their lack of utilisation on an initial text that, for better or for worse, bored me to tears. Saoirse Ronan is by far the best aspect of the film, easing her way through a leading role, the scope of which is marvellous and really does shine throughout the movie. It is one of the brief glimmers of hope we receive throughout Little Women, that even if the text is tiresome and lowly, we can rely on solid performances along the way.

Aside from Ronan, nobody really stands out. No meritable interest in performances that go unchecked, merely treading the water rather than diving deep into an ocean of presumably rich character detail. We never get around to that detail, thanks to that aforementioned pacing, so it makes performances from usual heavy hitters like Laura Dern, Emma Watson and Meryl Streep look incredibly humdrum. Florence Pugh, who starred in the fully enjoyable Fighting With My Family looks out of place in an American adaptation of post-Civil War literature, but being paired with a character that exudes annoyance at every turn, and it’s hard to feel one bit sorry for some characters, even when the hard times do inevitably fall upon them.

Gerwig’s direction seemed a last bastion of hope, but aside from her barely recognisable use of colour to represent emotion, there is little of interest in her work with the camera or her adaptation of the book. Continuously flipping backwards and forwards through time slowly becomes rather irksome, the film unable to remain on one point and reflect on its prose, yet at the same time when it does have a few moments to slow itself down, there’s no care in the world for which characters should be front and centre. Quite frankly it feels like a complete mess. A shame too, since I’d had high hopes after her brilliant work in Lady Bird.

Little Women is by all means a strong contender for period piece history, as are the other countless adaptations. What strikes me as odd is that I just didn’t care, there wasn’t anything fully engaging throughout. Essentially just a romantic drama that sticks around for too long, and if it intends to stick around for so long then it may as well do something with itself, yet it doesn’t. A refusal to make something interesting or spark a reaction from its audience, it bathes in the mellow content of the Civil War period in America. Gerwig’s cautious adaptation of Little Women is as boring as I assume the book is, I wouldn’t know, after sitting through this perpetuating period piece, I don’t think I’d really want to.