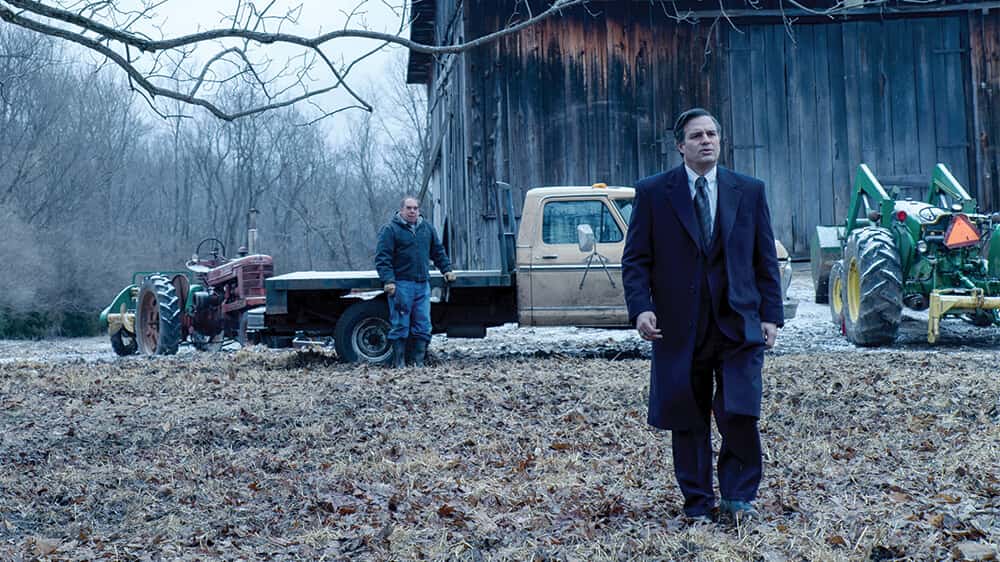 The disgusting greed of American corporations is captured in yet another well rounded, strong biopic. Having doubts or reservations about biopics that disclose modern history is futile, they often give us at least a solid approach to a subject that may have been buried within the newsroom. Dark Waters is the latest piece of work from director Todd Haynes, starring Mark Ruffalo as lawyer Robert Bilott as he takes an environmental lawsuit against titan of the chemical industry, Dupont, in the hopes of outing their intentional negligence to the rural areas of West Virginia.

Considering it’s not every day that we get to see Mark Ruffalo outside of the shackles of the Marvel Cinematic Universe, Dark Waters is an opportunity for Ruffalo to spread his acting wings somewhat and knock a dramatic role out of the park. A worthwhile lead plated up for us by a more than capable actor. Ruffalo’s performance as Bilott is solid stuff from a man who looks to re-enter the fold of Academy voters and film critics. Bilott is an interesting enough figure, and his continuous fight in the face of shifty companies and backlash from his peers and family is a noble presentation of a battle worth slogging through. Ruffalo performs well, stepping along the extremely trodden path of typical biopic performance. He musters up enough energy to provide a concerned gaze on a real issue, but not enough to give us something truly different to the rest of the ‘concerned leading men in biopics’ role.

Aside from Ruffalo’s leading dominance, there isn’t much else in the way of engaging performances. Bill Camp’s brief few interludes as a redneck farmer who first spots the troubling issue of water pollution is well observed and impressive, but lacks the authoritative appeal such a role should bring. Perhaps the biggest issue of all is the lack of convincing scenes Camp and Ruffalo share. His story is certainly clear and a pressing issue, but the character of Willbur Tennnat is side-lined far too often. Tim Robbins and Anne Hathaway suffer the same issues, being cast to one side in the hopes of propelling Ruffalo into a tour de force of performing capabilities.

If there were more urgency to the film, then Dark Waters could’ve played itself out as a thriller rather than an at-times monotonous dramatic piece that details just about every single aspect of an eleven-year legal struggle. There are certainly moments throughout that are reserved for an audience to take in information, with the pace slowing to a crawl so we can process just about everything we can get our hands on. From scientific terminology to the personal struggles of Bilott, there’s a lot to digest and there isn’t time to take it all in right away. Perhaps some sharper direction from Haynes would’ve aided this greatly, making the film feel less like a lecture on the dangers of chemicals and more like a piece of film.

The dangers of untested chemicals aren’t really an issue that enters into the full scope of what the news is feeding us day by day, yet Dark Waters is keen to highlight that we should be angry, scared and even a little confused at what big corporations can and will do to us for a bit of extra cash. Great performances pave the way in a biopic that feels the weight of its subject and fails to make it land as smoothly as could be expected of it. There’s still a lot of engaging scenes throughout, particularly those that have the likes of Bill Pullman, Robbins and Hathaway hidden away in the corner while Ruffalo does his best impression of an actor desperate to clinch an award.